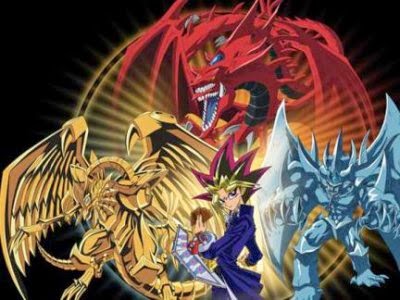 Whether you’re a fan of the anime, manga, card game, or the video games, here’s some news worth celebrating; Yu-Gi-Oh! is returning to the big screen. Konami’s own 4K Media broke the news, stating that another Yu-Gi-Oh! feature film is currently being developed over in Japan.
The movie will be the first theatrical release since 2010’s crossover, Yu-Gi-Oh! 3D Bonds Beyond Time. 4K Media is also is seeking distributors for “all territories outside of Asia”.
Little information is known about the film itself, but 4K’s Senior Vice President of Operations, Kristen Gray, said the following:

“We’re thrilled to bring the Yu-Gi-Oh! characters back to theater screens for their enthusiastic fan base. It’s a major piece in the robust resurgence of the brand that will have significant implications moving forward.”

Believe it or not, the Yu-Gi-Oh! franchise has only seen three films despite its considerable age and popularity. The first series began airing in 1998 and since then we’ve seen over 700 episodes split between numerous spin-offs…but only three movies. For comparison, Pokemon began airing a year prior and is headed for its seventeenth. Many later-released shounen franchises such as Bleach have already surpassed it in movie count. Heck, many fans don’t even count one of the Yu-Gi-Oh! films since it had a rather limited release and a running time of thirty minutes.
In other words, the new movie should be a major happening for the franchise. It will also be interesting to see what cast the creators go with since there are now more than five Yu-Gi-Oh! universes to pluck characters from. Regardless, we’ll definitely be keeping an eye on this one.
– Clark A.
Anime Editor
Email me at: clarka@digitallydownloaded.net
Share this