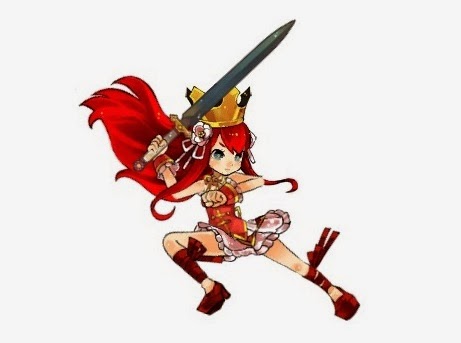 Battle Princess of Arcadias is what happens when a Japanese developer decides to poke fun at the role of the princess in traditional fairy tales.

Coming to us from Nippon Ichi, it’s an attempt by the developer/ publisher to break away from its previous focus on turn-based titles Disgaea and roguelike games into the action-JRPG genre. And, much like its internally-developed The Witch and the Hundred Knight, ApolloSoft’s Battle Princess of Arcadias shows that there is room for improvement on a technical level before Nippon Ichi and its partners completely “gets” the genre, but the ideas are very much there.

This game is really quite adorable. Everything from the character design to backgrounds and general theme of the game is painted in a bright, cheerful fairytale-meets-anime style. The characters within the game are perennially happy, the monsters are the kind of cute, charming beasties that you almost feel sad about beating up, and the music is consistently upbeat. 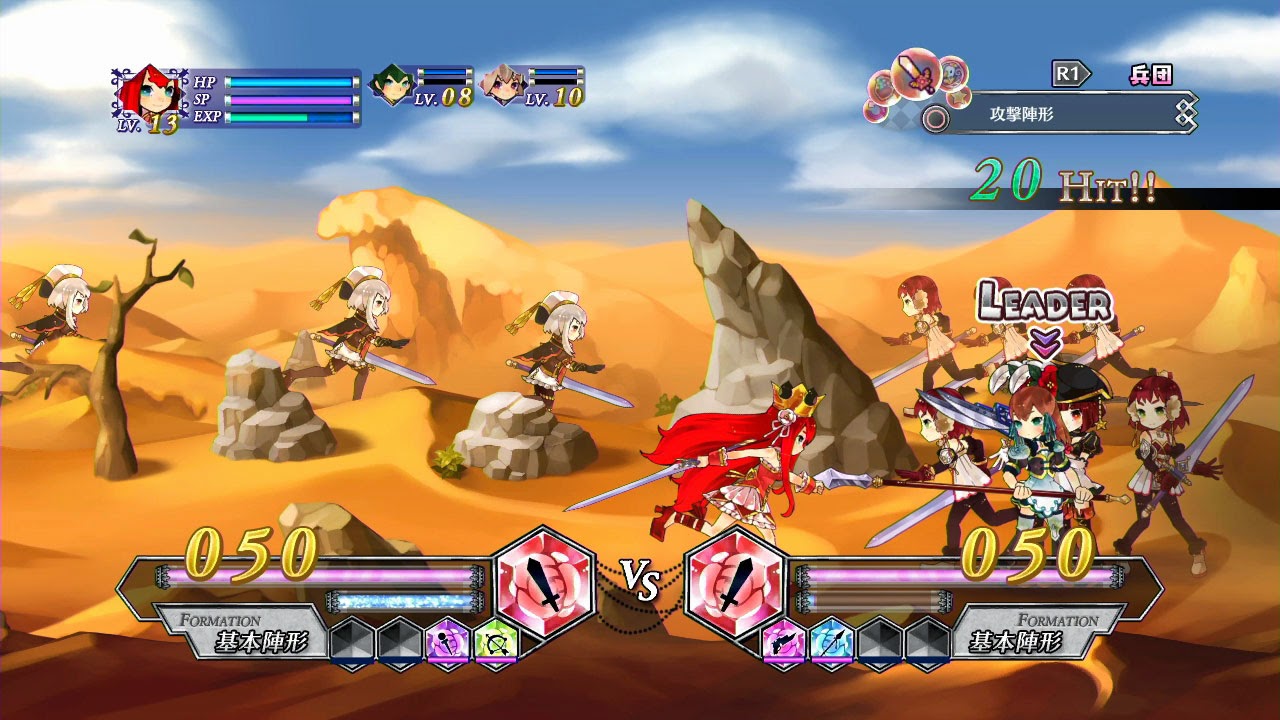 It’s almost enough to believe that Battle Princess of Arcadias is a pure, true fairy tale… except that it’s the princess that’s doing the fighting, and it’s the prince that has been rendered helpless. In this game he’s a goose (an easy visual pun if ever there was one) that has little function in the game other than to beg his sister, princess Plume, do go out and do various things to keep the kingdom safe.

There are male characters in the game that are potent (Hyperdimension Neptunia this is not), but Battle Princess of Arcadias is very much Plume’s story. While the developers couldn’t resist the occasional moment to throw in some otaku humour about female breasts and such, as far as games for the Akihabara audience goes, Battle Princess of Arcadias plays things fairly straight, being fun and lighthearted without delving into places that will make many people uncomfortable. It’s also good to see another lead female role that resists cliche.

The game itself is a fairly basic action game for the most part. Outside of boss battles (we’ll get on to those in a moment), players take a small group of heroes (one at a time, and can be swapped around at will) through 2D brawler-style combat with a range of wacky monster types. Each character has their own weapon specialties, and these weapons can be upgraded using loot earned from combat. 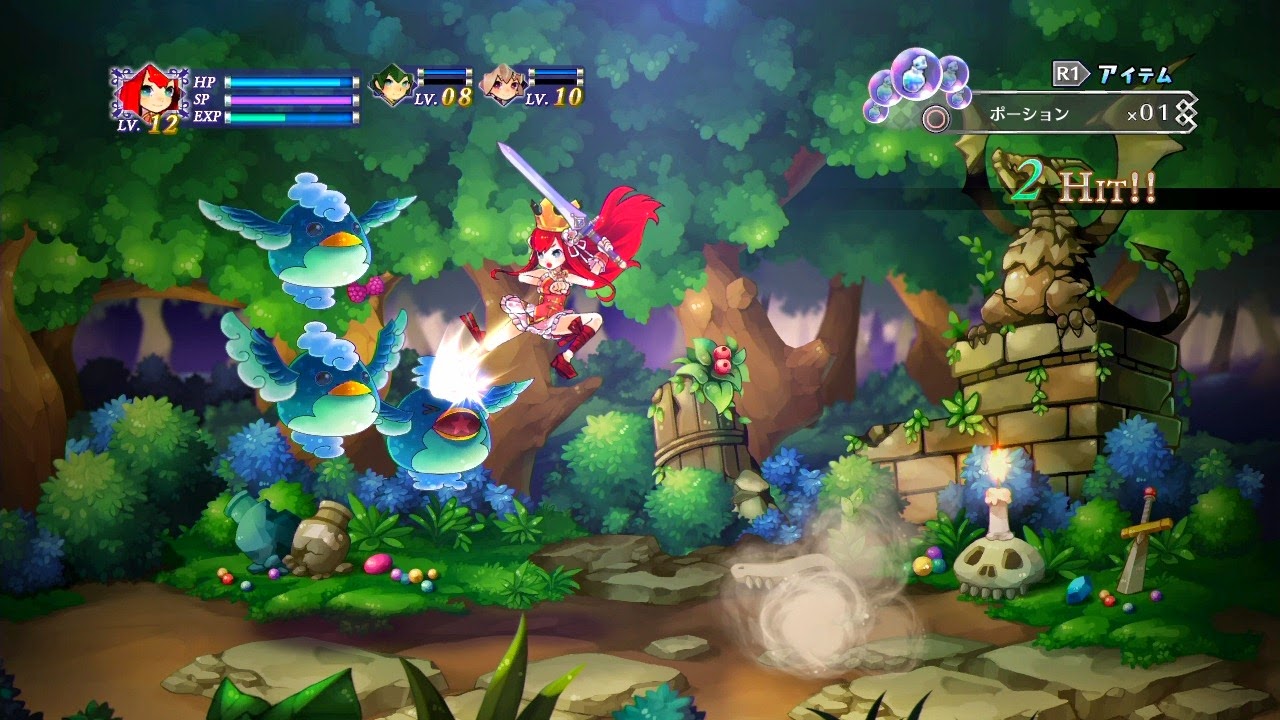 It’s the boss battles that are most interesting, where the hero will be joined by a small unit of 150 allies, and can command these enemies to attack the boss while they pitch into the fight as well. It’s possible to give some basic commands (such as “attack” or “defend”) to this unit, and the goal is to whittle down the boss’ massive health score to zero without losing the entire unit. If the unit’s numbers start to drop too low (which can easily happen if a boss lands a powerful attack), it’s possible to order the whole unit to retreat and rebuild before rejoining the battle, but this leaves the hero facing down the boss alone for that period of time.

And let’s be clear here – Battle Princess of Arcadias likes to be challenging. Before I understood how the flow of those boss battle worked, I lost my battle against the game’s very first boss a couple of times. Part of the issue is the absolute reliance on blocking attacks in Arcadias. Characters are nearly universally glass cannons and die very quickly left unguarded. At the same time it’s impossible to interrupt an attack to switch to a block to react to a sudden movement from an enemy. In other words, against the tougher enemies it takes some patience on the part of the player to learn the enemy attack routines, and then work out how to land attacks in between predicting when an enemy will launch an attack.

With practice Battle Princess of Arcadias’ combat system makes sense, but I’m certain that it’s going to frustrate some players at first. There’s a certain clunkiness to it that feels a little old by comparison to the elaborate dances of death that modern hack-and-slash games have been able to provide. 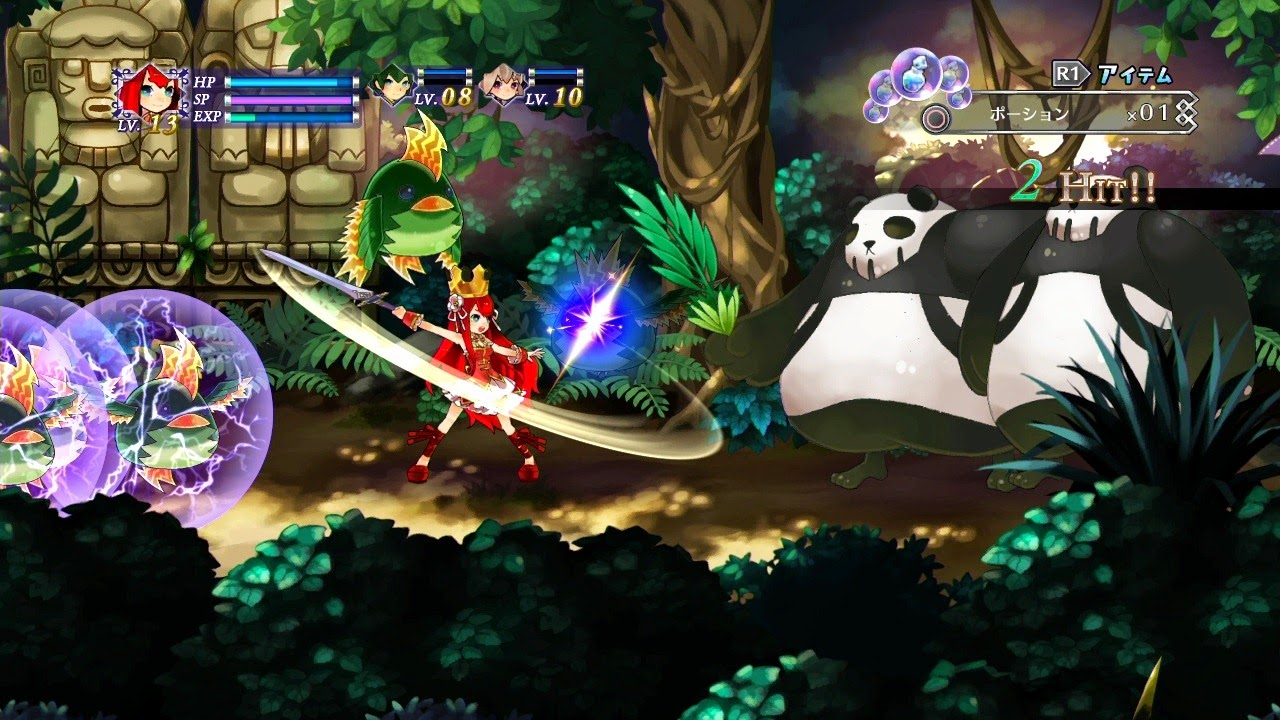 It also seems a little odd that a game with such a lighthearted spirit would then throw players into a combat system that is so carefully paced and focused on defence. I think part of the reason that I struggled so much with the combat system at first was that I had expected it to be a combo-heavy and fast paced action experience, and it turned out to be something different.

But Battle Princess of Arcadias is a beautiful game, and it has a truly charming narrative and set of characters. Nippon Ichi might have a ways to go before its action JRPGs are of the same standard of its more methodically-paced games, but boy does that company know how to craft fun experiences.