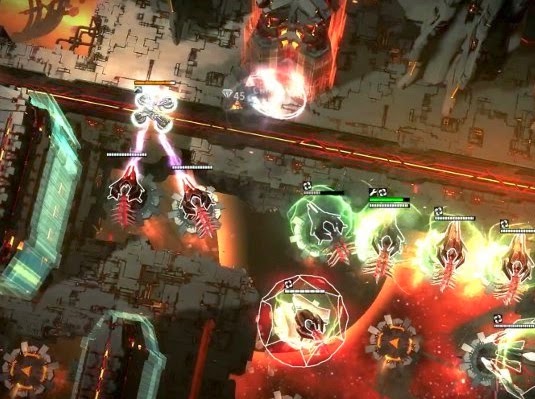 Anomaly Defenders is the latest and final game in 11 Bit Studios’ franchise that tells the story of a war between a race of aliens and the humans they had sought to control. While the previous games in this series defined a new sub-genre that turned tower defence into tower offence, the last chapter of its series goes back to the traditional tower defence format, while throwing in a few curveballs in the process.

Starting off Anomaly Defenders is a wonder to look at with rich visuals that cover each level’s theatre of war. As per standard tower defence title there are paths through teach level that lead from the enemy starting position to your side’s home base, and along those paths players can lay down towers to attack the enemies. In most examples of the genre enemies will simply wander past the towers , but in Anomaly Defenders they will attack the towers as they travel. And, just as each of your towers will have specific strengths against certain types of enemies, so too will certain enemies deal devastation to your most precious towers. Having to show concern about the health of your towers is a fairly new strategic feature to the genre, and shakes up some of the preconceived notions you’ll have about how you can deal with the swarms.

(You can read our review of the first Anomaly game, Anomaly: Warzone Earth, here) 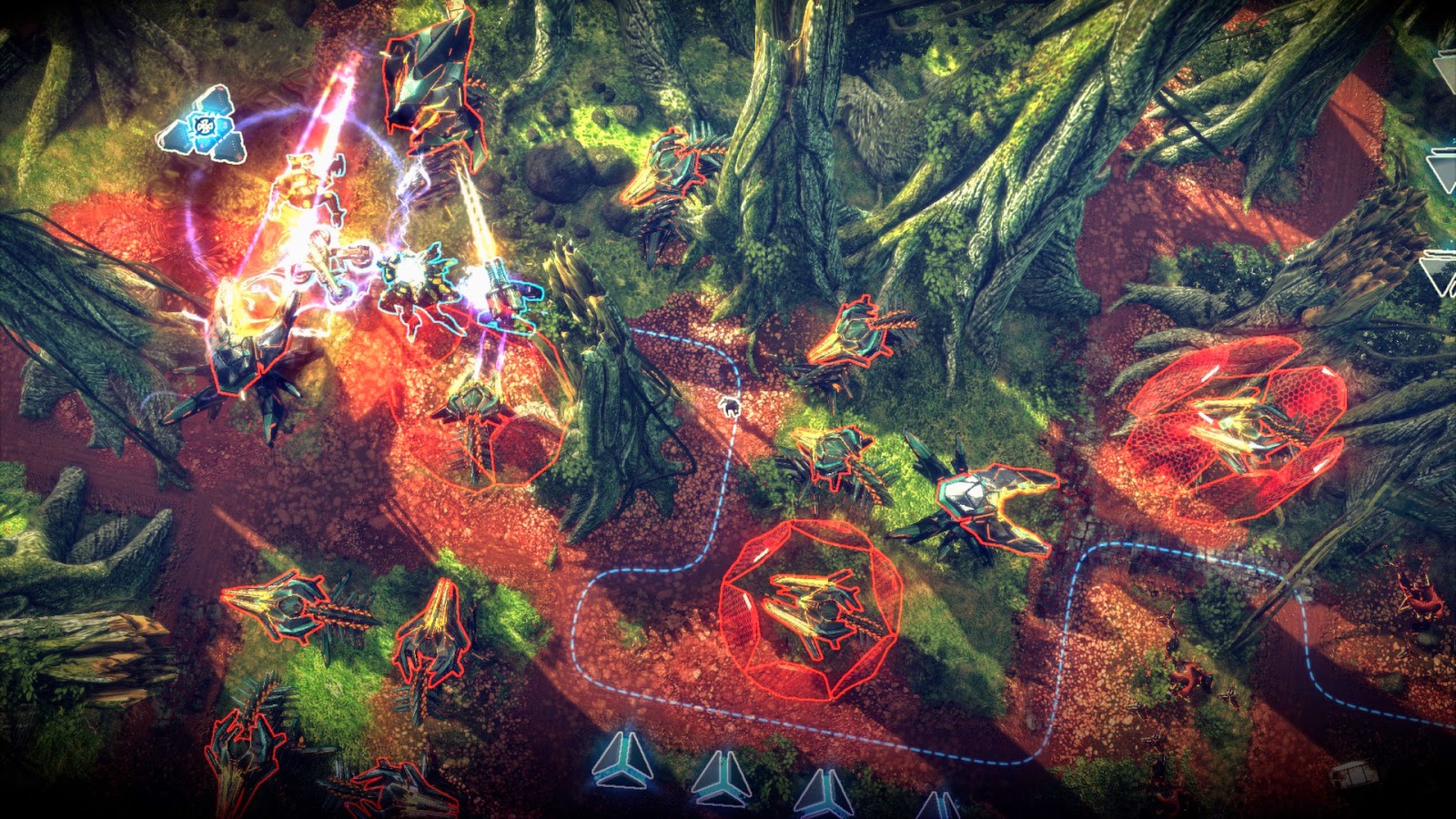 There are obstacles that towers can be placed behind to halve the amount of enemy fire that they take as the enemy units pass by. That would have been too easy however and as long as the tower is behind the units and safe from fire, the enemies themselves are also free from fire. So the natural question in response is what’s the point of hiding them? Different enemies not only move faster than one another, or are more effective over one type of tower than another, but they also have different angles that can be used to fire against your towers. Some enemy units can only fire straight ahead making these walls to hide towers behind a great opportunity to block out a specific kind of fire. It’s rare for a tower defence game to put so much energy into positional strategy, and it really helps Defenders stand out from its peers.

As the levels go on and get more and more intense and difficult, a technology tree is available to select upgrades with points obtained for the successful completion of a level. Additional points can be earned by performing above standard in that level and completing it on a higher difficulty level. Easy, Medium, and Hard difficulties are available for every level and each one of these levels not only scales the enemies strength, but also how many tech points are available for the successful completion. Other factors that change the amount of tech points are such as how many resources are left, as well as the health of the launch pad that is at the end goal of the enemy forces. Generally features such as the tech tree can be a sore point within the genre because either an upgrade becomes obsolete way too soon or said upgrades costs too much or there is no reset options available. Anomaly Defenders truly nails this development challenge by allowing players to respec at will. If an upgrade does not suit the player’s play style then it can be simply removed and the points can be re-distributed into another upgrade. Being able to re-distribute upgrade points presents many different choices for how to handle a stage, especially ones that can be problematic on even the Normal difficulty.

Through this tech tree towers can not only be upgraded to deal more damage to the passing enemies but new towers and abilities can also be acquired. Each tower costs a material called ‘carusaurum’ to build, while the tower abilities such as repairing and shields cost ‘energy’ which has to be manually collected from the corpses of each enemy. Manually collecting this second resource can become irritating when concentration is split between multiple parts of the battlefield and some of the energy disappears as a result. The collection of energy would have been a much better system if it had been automatic, as it is with the collecting of the carusaurum.

Overall Anomaly Defenders is a solid tower defence experience that really does raise the bar for the tower defence genre. It might still be the simplest example of strategy gaming out there, but at least this one has merit for long term play.