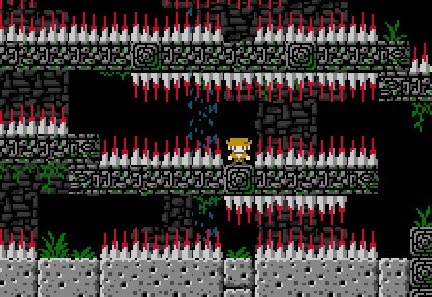 Review by Shaan J.
There’s been a noticeable resurgence of old-school, retro-inspired platformers in the last five years or so, and some of the more noteworthy titles attempt to elevate their difficulty status to something akin of “NES-hard”.
A lot of games fall short of this mark. 1001 Spikes does not.
In fact, in many ways, 1001 Spikes feels like it has been ripped straight from the 80’s, complete with pixel art that would feel right at home on Nintendo’s first home system. I usually don’t like to make direct comparisons to other games, but in many ways, 1001 Spikes embodies many of the principles that have made From Software’s Souls games so famous. The game is filled with hidden traps and one-hit kills just waiting to end a hopeful run, and while there’s a reliance on pure skill, trial and error also plays a huge part across the dozens of carefully crafted levels.
It’s always difficult to convey just how difficult a game is in words, so perhaps a little history lesson is in order. Aside from my penchant for action-adventure and puzzle games, I’m a glutton for 2D and 3D platformers alike, especially those that require  a high level of skill, and reflexes that only come from playing way too many games (I’m a guy who has 100 per cent completed Super Meat Boy and VVVVVV, more than once). 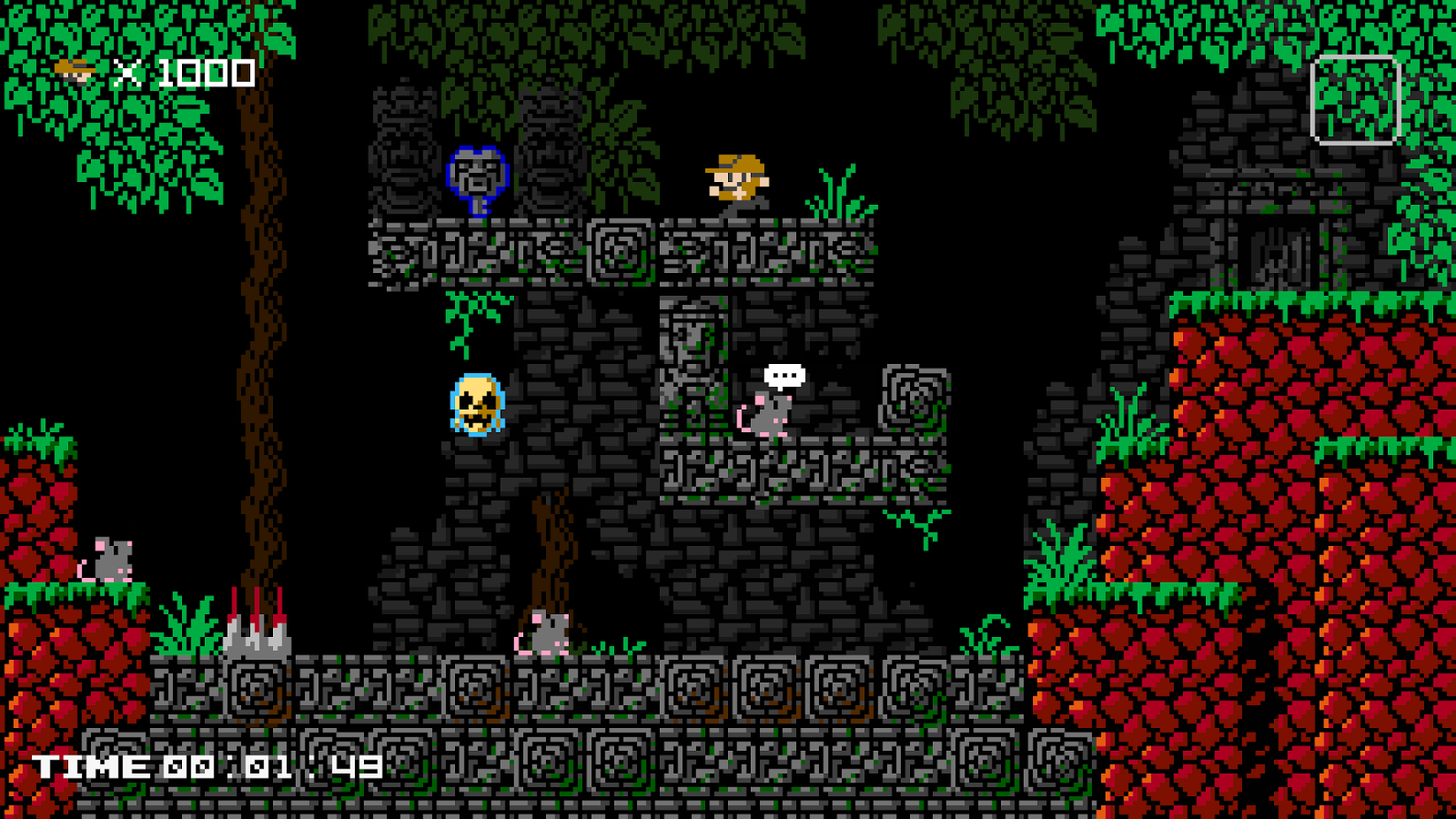 Yet (and I’m not sure if I’m proud or sad to say this), 1001 Spikes continually got the better of me. But, it got the better of me in the best and most fair way possible. The game is difficult, yes, but it never feels imbalanced or unfair. Each level layout is expertly laid out; I was never feeling unsure of where I could or couldn’t go, though the exact path you have to guide your little avatar through to clear reach the exit might require some parsing on your part. Controls feel tight and responsive (a must have in a game with this many spike traps). Rather than having to hold a button longer in order to make the little man jump higher, there are two separate jump buttons (one low, one high), which comes in handy when trying to avoid low-hanging obstacles.
Outside of trying to simply reach each level’s exit, all while conserving the limited amount of lives available, there’s a staggering amount of content packed into the game and it’s safe to say the truly masochistic will sink hours into them. Each level features an optional golden skull, usually placed just out of reach. Collecting skulls not only negates any further deaths on a given level, but they also unlock additional playable characters and stages. Most of the playable characters are taken from indie or retro games, though my favorite inclusion might have to be a 2D representation of Jonathan Blow (of Braid and The Witness fame). Each of these characters have their own unique abilities, which can drastically change the way you tackle the game’s main story mode. Curly Brace (from Cave Story) is equipped with her machine gun and the ability to boost. Commander Video still wields his trademark floating ability, and Nyx (from NyxQuest) can fly a short distance by fluttering a few times.

Apart from the main story (which, I might add, features some great cutscenes and pixel art), there are side modes which you can tackle with up to four others, or play solo (you can also run through the main story with friends, but if you’re anything like me, you’ll have trouble recruiting players for the task). The Lost Levels (a clever little nod to a certain masochistic Mario game) offers expanded, redesigned levels from the campaign, but limits you to around 100 lives, with no option to continue. The Tower of Nannar, a vertical scrolling stage, features new environments and environments, and the Golden Vase offers up some competitive multiplayer action, where you compete against other players to stockpile the most gold. These modes, aside from offering up different ways to play, allow you to collect coins to spend at the in-game store.
Like many of the games in the same league, it’s hard to recommend 1001 Spikes to those who aren’t patient enough to learn its deadly and intricate ways, or to those who are prone to smashing their controller through their TV screen in frustration. But to those who live off buzz words like “rage-inducing” and “old-school hard”, look no further.

Ar Nosurge: Ode To An Unborn Star is westward bound