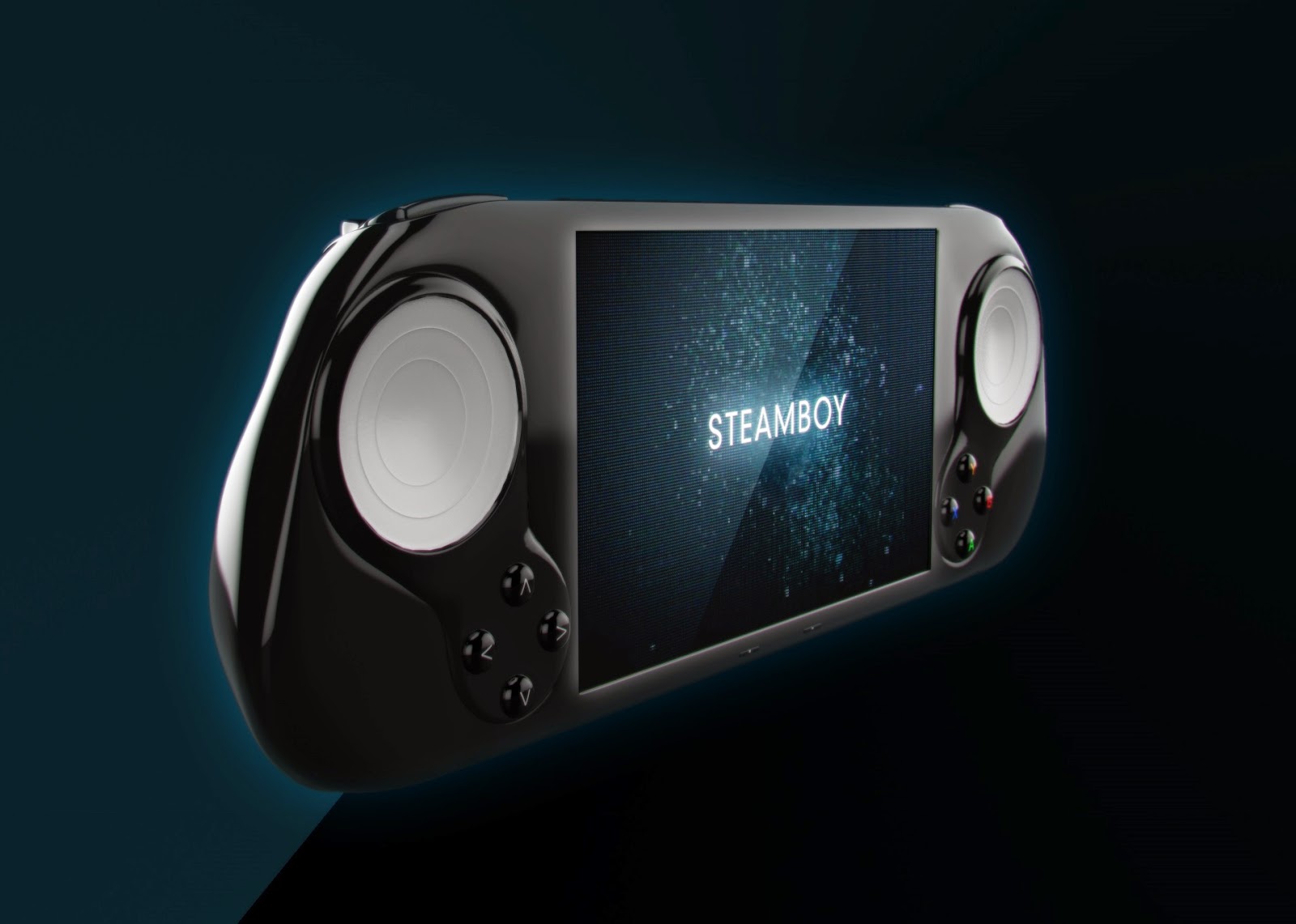 E3 has all shut up shop for 2014, and it has been an exciting one. We’re rather sad it’s all over, in fact. But we have one more trailer for you this year; introducing a new handheld console, the Steamboy.

This console, which uses the Steam OS, is built around Valve’s specifications for a controller, and is designed to let you take your Steam library and play it anywhere, just as you’d play your 3DS or Vita anywhere.

The trailer below only shows of a concept for the hardware, but it’s already looking quite slick, and as an experiment I booted up my Steam library just to see which games on it I might want to play while on the train or overseas flight.

… if this thing achieves what it sets out to it might just become my favourite handheld gaming device yet. I mean, we’re talking Europa Universalis. Total War. Civilization. Might & Magic. Legend of Grimrock.

Yep, this could be something brilliant. Or it might not. We don’t know anything about the specs of the device yet, just that it will strike a “good balance between performance and cost.”

It’s also worth noting that the company producing this, SteamBoy Machine Team, is a startup, and as with all startups who knows if there’s any real talent backing up the ideas. The product may well not live up to its potential, or the company could run out of money before the product even hits shelves.

But anyway, in a year that wasn’t about the hardware, this one at least picques my interest.