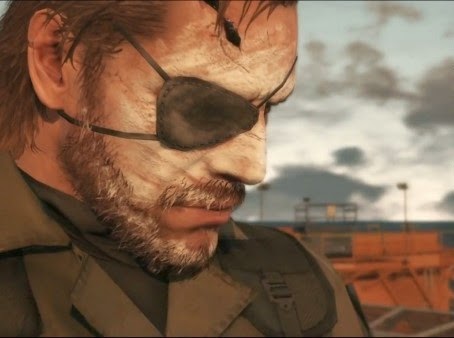 Metal Gear Solid has had a rocky couple of months, with Ground Zeroes not exactly going down well with everyone. We enjoyed it, but it’s been a controversial release indeed.

The good news is that the game wasn’t the real deal. Metal Gear Solid V: The Phantom Pain is the real “next” Metal Gear Solid game. We’ve got a while to wait before we get our hands on it, but Kojima-san has been working hard on it, and this trailer is genuinely impressive stuff.

Because this is a Kojima game, it’s naturally very cinematic, and while you’ll need to be a fan of the franchise to truly enjoy it and all the references its making, people who are perhaps new to the series can simply enjoy the superb soundtrack.

At E3 Konami was also showing off gameplay footage behind closed doors. We obviously didn’t get to see this, but according to the press release:

The gameplay presentation will showcase approximately 30 minutes of gameplay, focusing on new features and a short walkthrough of one of the game’s major locations. Members of the Kojima Productions team will be playing the game live in real-time, showing key elements of the expansive open-world environment, highlighting the sheer attention to detail, and demonstrating the freedom offered to players in the game.

The presentation will also illustrate how the dynamic environment, including the changing weather and the differences between night and day impacts the famed stealth-based gameplay. The freedom of movement, use of various modes of transport and key infiltration techniques will also be shown in their many forms. Attendees will also witness how specific actions have a marked affect on the game’s story.