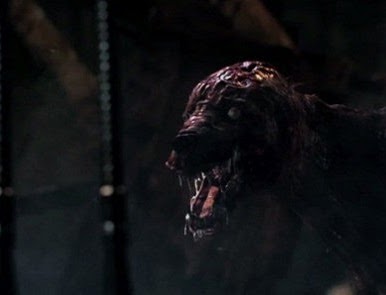 We had wondered how From Software would follow up on Dark Souls II. We had felt that perhaps that franchise had been tapped out as far as possible and that perhaps, just perhaps, the developer would be better off doing as it had with King’s Field and Demon Souls before it and abandon the franchise to start something fresh.

That’s exactly what From Software has done with Bloodborne. Partnering up with Sony (as it had with Demon’s Souls), Bloodborne is clearly a completely new setting, though very much in the style of the Souls games.

Where the Souls games were loosely based on a gothic setting, complete with classical medieval enemies, knights, and soaring architecture, Bloodborne seems to have been inspired by a Victorian-era London, where Jack the Ripper stalked the cobbled streets and people feared what lurked in the dark.

This game looks more like a classical horror game than the Souls games, with extreme imagery befitting the brutality and regular violence of the era. As such we have a feeling that this game will make some people uncomfortable when they’re playing.

All the better, we say. Dark Souls II was almost too accessible. It looks like From Software is showing a surprising willingness to again upset some people in order to realise a specific creative vision.

Enjoy the trailer below. If “enjoy” is the right word for it.

E3 2014 Trailer: MGSV: The Phantom Pain has a rocking song… and some great animation besides