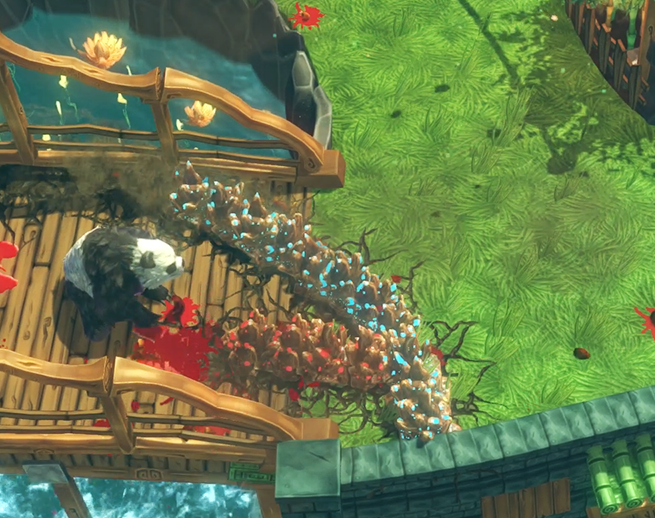 Bearzerkers looks like a riot of fun. This multiplayer-focused title features a rampaging panda bear that players need to run from. The goal of the game is to be the last man standing by manipulating the environment so that the bear catches the other opponents first. Chaos.

Jokes aside, this game really does look like it will be a load of multiplayer fun, especially in local multiplayer. It has all the features that make for a good competitive multiplayer game; it’s possible to be incredibly devious, it looks fast and frenetic, and the game has a visual charm to it that’s very appealing indeed.

There is, in fact, a prototype already available which you can download from the developer’s website. Bearzerkers will be an expanded version of this game, with new play modes and improved presentation.

The team is looking for a very modest $8000 on Kickstarter, though the stretch goals are impressive. We especially like the $50,000 stretch goal which will see a Wii U version – that console is the king of local multiplayer and Bearzerkers would be perfect on it.

If this game sounds as much fun to you as it does to us, be sure to throw the developers a couple of dollars on Kickstarter.

Review: The Wolf Among Us Episode 4: In Sheep’s Clothing (Xbox 360)

Game Theory: Persona 4, Nietzsche, the Self and its relation to the game’s ending