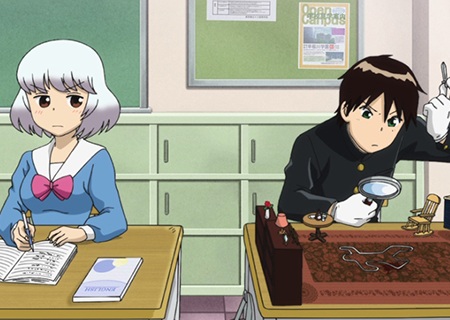 Tonari no Seki-kun: The Master of Killing Time is a rather humble comedy for one geared towards the seinen demographic. There’s no grand budget, no intricate concept, nor does it pack on the fanservice. Yet as anime shorts continue gain traction, Tonari no Seki-kun does a wonderful job of standing out and offering some disposable entertainment.
Each episode is a seven minute, self-contained story focusing on a schoolboy, Seki. Fortuitously permitted to sit at the back of the classroom, Seki combats the mediocrity of public education by engaging in an array of activities that only escalate in ridiculousness. Anything from chess to remote controls cars is fair game and provides the basis for the slew of ensuing gags. Some subplots carry over from one episode to the next, but the show is firmly focused on Seki’s actions (and their hilarity) at that precise moment.
Seki himself never speaks, though; his antics are given a play by play courtesy of his classmate, Rumi. Though initially depicted as a rational and hardworking student, Rumi’s efforts to make sense of Seki’s actions often draw out her own extremities. Each episode sees her conjuring up a storyline and spouting gratuitous monologues in a bid to parse Seki’s actions. To her, shogi becomes a deeply dramatic affair involving politics, death, and betrayal. She gradually becomes so emotionally invested that her only recourse is not to inform the teacher but intervene in Seki’s games with her own brand of justice. Sure, Seki is the title character, but Rumi often steals the show. 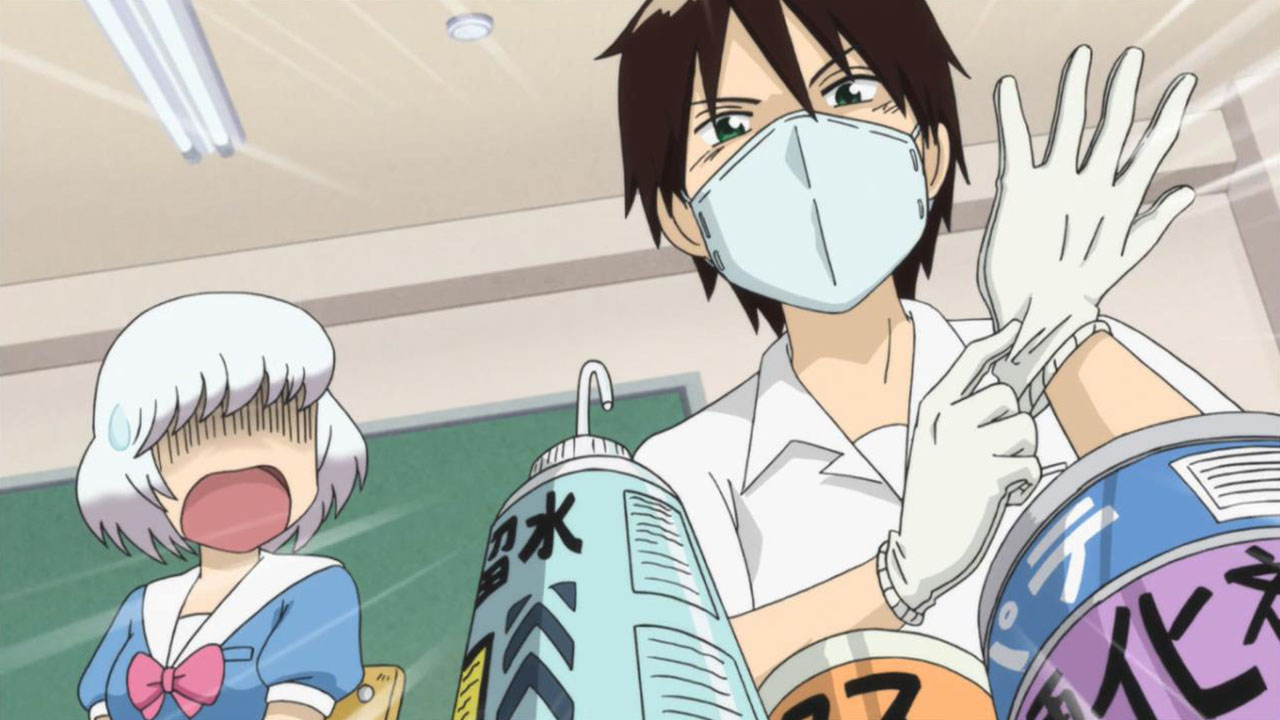 It’s a fun formula that succeeds based on the merits of both characters. Seki is there to provide visual gags that are amusing on a base level whereas Rumi fashions the more elaborate humour. Tonari no Seki-kun’s only real “fault” within its scope of ambition is the relative repetition. Most episodes revolve around Seki and Rumi’s quaint classroom warfare at the back of the class and a good chunk of these are more or less the same besides context-sensitive jokes. I never tired of the show’s humour, but I can see how some would when there are more than twenty episodes.
That said, the writers definitely made a concerted effort to keep the audience engaged by subtly incorporating side characters and subplots as well as occasionally changing locations and character perspectives. Each episode’s punch line changes, too, as Rumi and Seki often trade “victories” over one another. A lot more goes on in Tonari no Seki-kun’s seven minutes than I expected and every single second from Kana Hanazawa’s energetic opening theme to the brilliant swing jazz credit music demands your attention. It illustrates just how effective a shorter length can be for comedy animes as there’s just enough time to sufficiently build each scenario without the show ever overstaying its welcome.
The show may well fade into obscurity after its brief stint this year, but I’d love to see a second season materialise. It’s good, wholesome fun that audiences young and old can get in on without feeling patronised and there are far worse ways to spend the better part of ten minutes each week.
You can watch the show here.