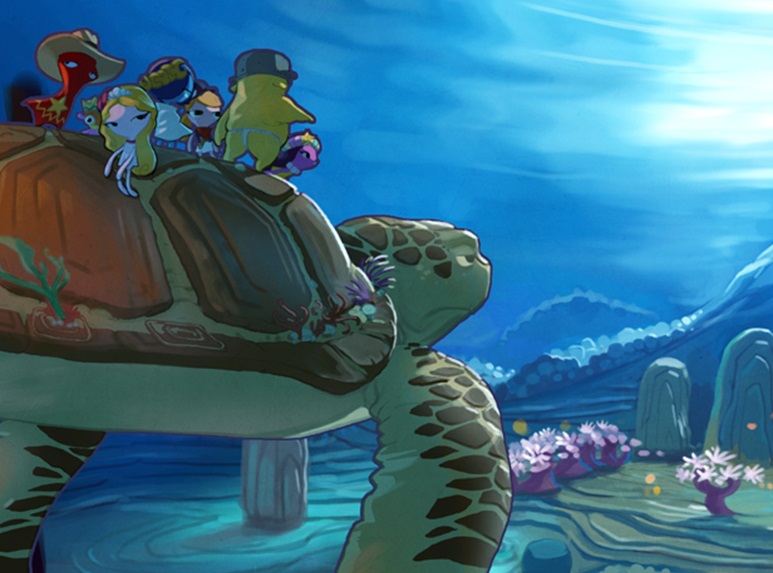 I love RPGs. I love them because they provide a more cerebral experience than most other genres. RPGs are narrative-rich experiences, and their sheer length means that developers can do a lot with those narratives.

It’s not an understatement to say that modern RPGs are starting to rival literature for thematic and philosophical depth, and no genre is more at the forefront of the artistic movements within games development as the RPG genre.

Once I move past the narrative, the typical RPG also appeals to me because it offers a deep, strategic combat system whereby I am tasked with coming up with creative ways to use my characters that will allow them to overcome enemies that are often more powerful in terms of raw numbers than my team. I love that the customistion afforded players with the heroes, because it allows us to take ownership at how our game experience plays out.

Squids Odyssey offers none of that. So I don’t like Squid’s Odyssey. 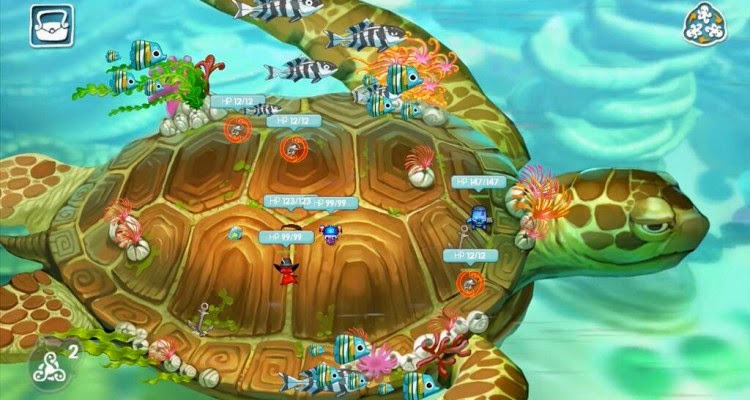 You know that old parlour game where you place discs on a table and then take turns to try and knock your opponent’s discs off the table? Squid’s Odyssey is that game, with an RPG coat of paint over the top of it. Here, players flick squid-shaped characters at marine enemies such as crabs and crustaceans. Hit the enemy with some hard momentum and they’ll take a lot of damage and go flying across the map. Barely graze them and they won’t take much damage. Knock them off the arena and it’s game over for them. Generally the best strategy is to go for the jugular and knock them off the stage, because the enemies also tend to hit hard when they get a turn, and they can absorb a lot of damage if you try and kill them through sheer damage.

The game seems custom built for free-to-play with some very mobile game conventions worked into it. Rather than level up by acquiring experience, players spend pearls to level them up and buy stat-enhancing equipment. Each level has three different stars that can be acquired, and these stars will provide the best pearl hauls. But there never seems to be enough pearls, and so there are constant walls of difficulty where characters were not equipped or high level enough. Were this on iOS there would be a simple solution – spend real money for extra pearls. This isn’t available on the Wii U game, so it becomes necessary to grind up some loot. 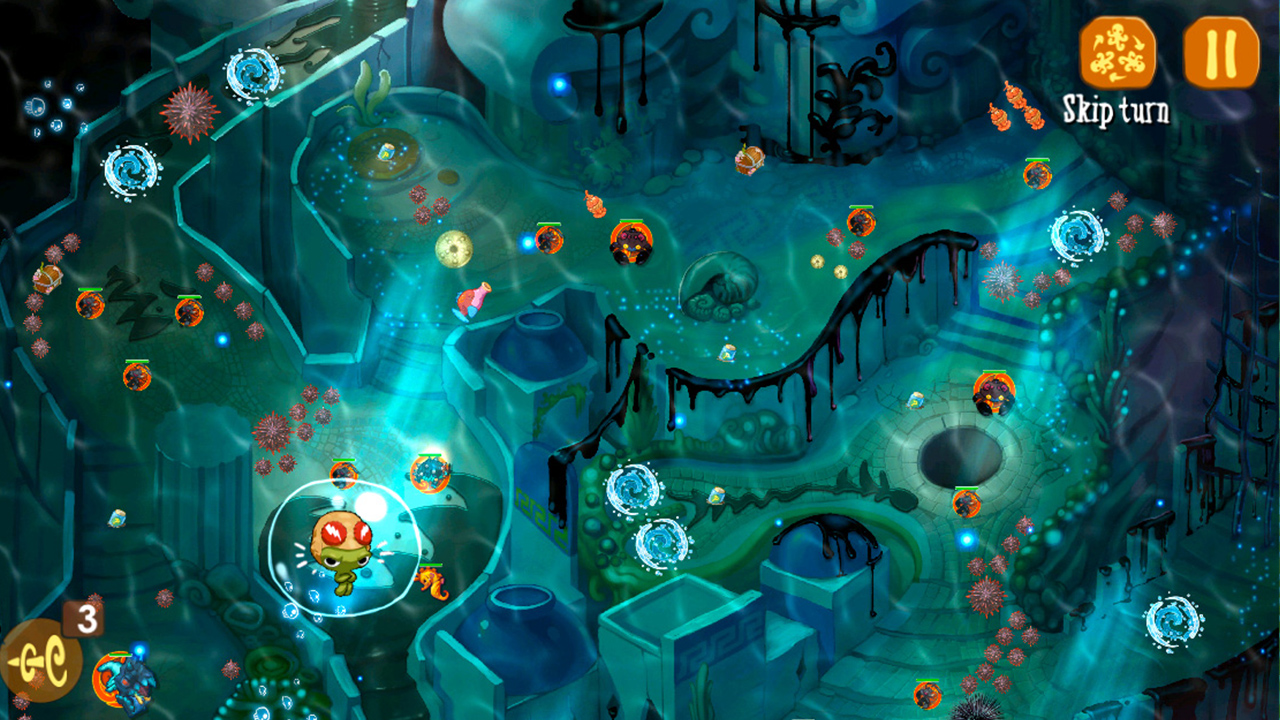 I suspect the iOS/ Android version of this game, should it ever come, will come with microtransactions, because it seems custom built around them. Levels are short and sharp, and there are dozens and dozens of them. The variety in levels is a good thing, but the extent of the game’s story is a short couple of lines of dialogue before each level, and this dialogue shows all the maturity of a 10 year old’s RPG Maker project. This is completely inadequate for the genre, and it means, immediately, I was less engaged in this game than any other decent RPG.

The basic reality is that Squids Odyssey relies entirely on this disc flicking mechanic to build its experience, and while it works, it simply is not interesting or complex enough to be more than a one-note gimmick of a game. Character customisation is minimal to the point of being brainless, and while the game looks bright and cheerful enough, it’s also generic beyond hope.

The Game Bakers, the developer of Squids Odyssey, has created a game that largely misses everything that makes the RPG genre great. As such, it quickly becomes tedious, and while I do think it would work as a free iOS game as a time waster, it doesn’t work as a sit down experience on a home console.

Trailer: Let’s watch people getting scared by The Evil Within