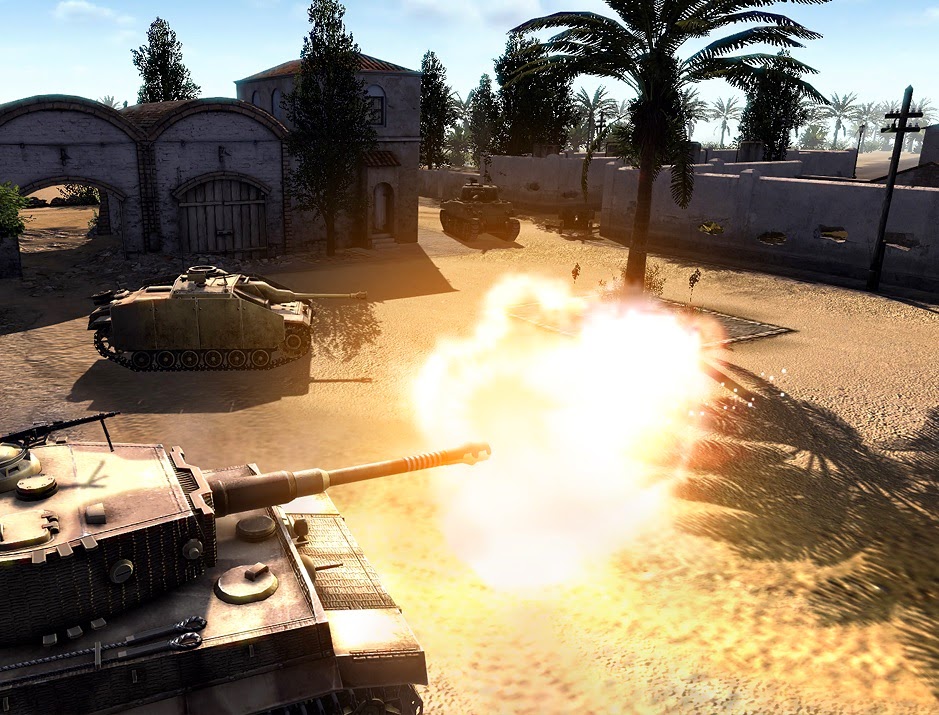 Right from the outset I would like to say that while “40” sounds like an impressive number, I found that some of the missions are the same as others, but are just played out on a different map and with the player playing as a different set of colours representing their country. Also 25 of them are reworked skirmishes from the original game, so existing fans should be aware of that.

The first skirmish I played was with the US forces, and I was a little surprised as someone who isn’t familiar with the genre that there was no tutorial in that first mission. I spent a good hour trying to figure out what I was doing. Later on I found that there was indeed a tutorial listed under the bonus missions, but it had to be one of the worst tutorials I have ever seen so I still did not have a clue as to what I was doing after completing it. 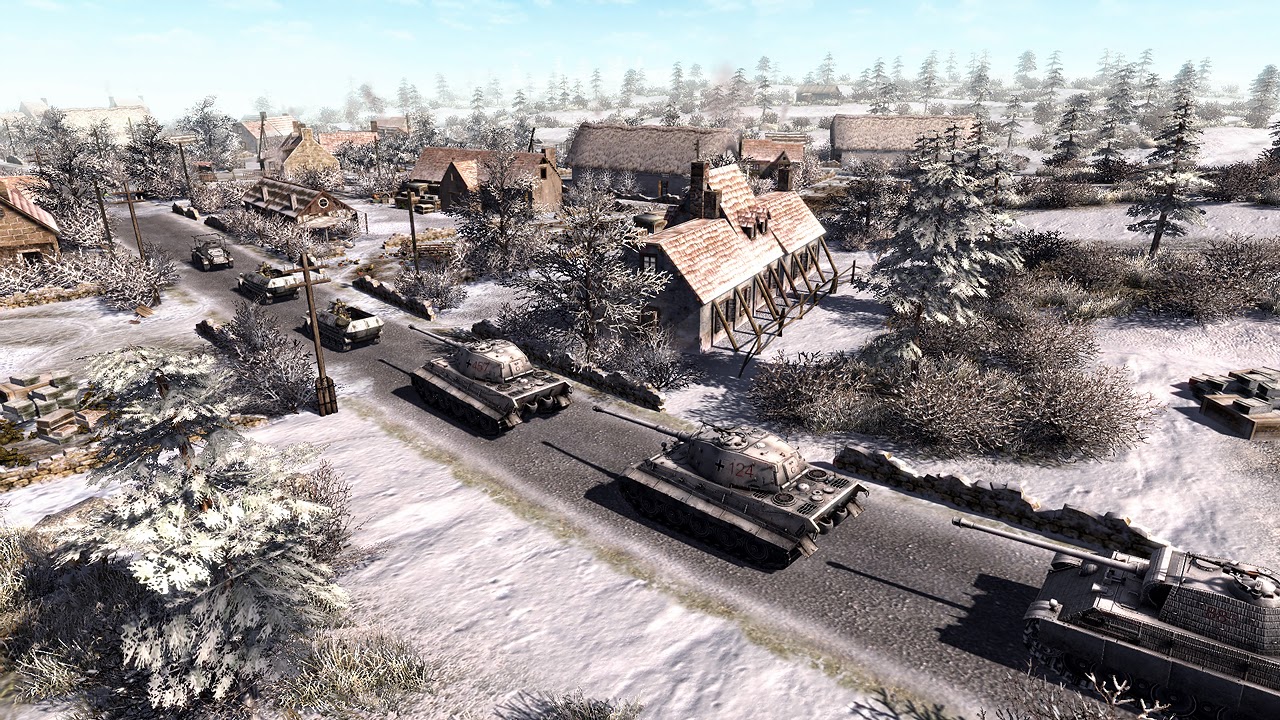 After messing around with the game for a while I started to get the hang of it. Like most serious RTS games there are a lot of units to play with, and some have some unique skills indeed, such as the sniper who can pick off enemies at long range and medics who can heal downed soldiers. The player also commands vehicles and tanks, of course. The vehicles and tanks can take damage in a couple of different zones and continue to operate; taking damage to the wheels for instance makes the vehicle unable to move until you command a soldier to repair the damage. The level of control you have over battles is impressive stuff – it’s possible to command a unit to attack a specific part of an enemy vehicle, for instance.

Extending on from that, there is a cool feature in this game that lets you control a solder’s aim as if it were like a third person shooter. I had some trouble with the aiming though, and sometimes missed the shot even with the cross-hairs aiming right at the enemy. The quality of the aiming aside (and I hope it’s remedied in a future patch) it was a unique feature that I have never seen in a game like this before and when it works it’s something really fun to mess with.

The hardest part of the game is keeping your units armed with ammo. Units become helpless quickly, luckily players can can call in supply trucks and also find ammo crates within the levels. This feature includes some basic resource management where calling in more units, vehicles and tanks cost “points” which the player gets for completing objectives. 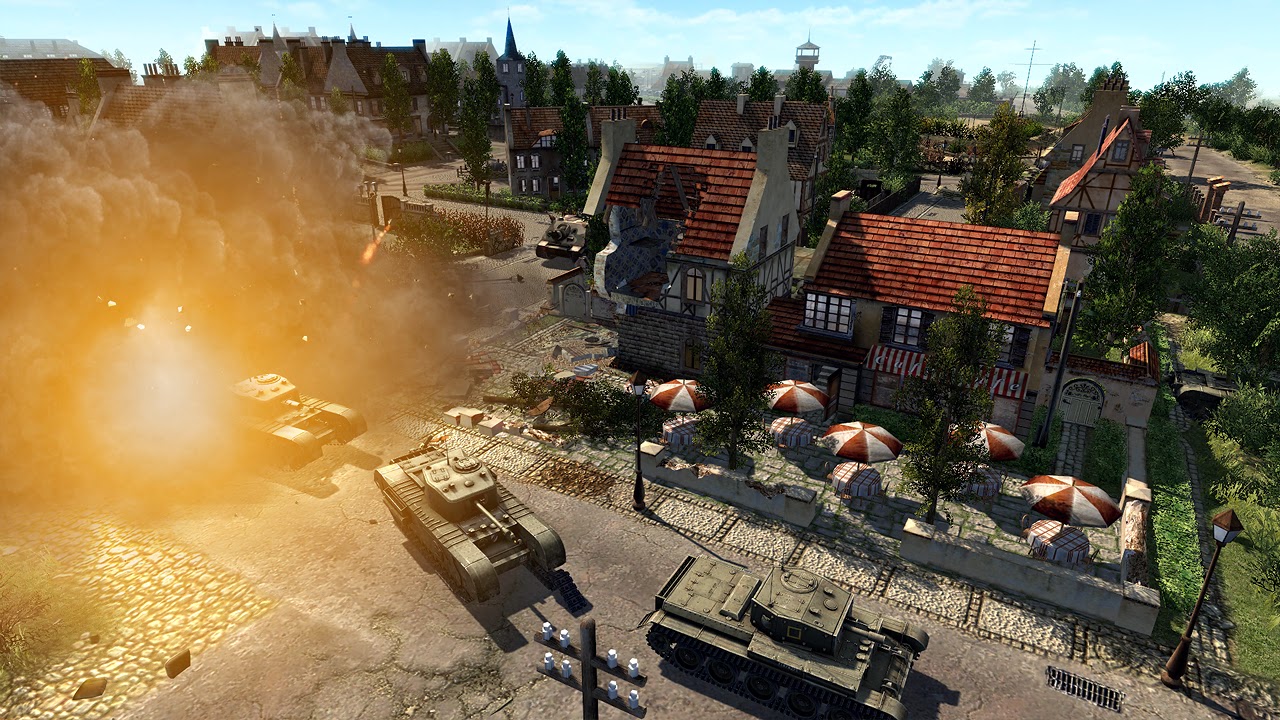 There is multiplayer in this game, but I was unable to connect to any games for some odd reason and there were not too many games to be found. I do know that there is eight player co-op that has you sharing units, and I like that in concept, but that’s all I know of the multi-player aspect of the game.

The graphics are decent and some of the detail like bullet casings fulling when guns are shot are nice touches, and rare for the RTS genre. The sound effects are good, but the voice acting is not good at all. It’s good that there is no story mode because I think the voice actors here would have had me cutting my ears off if they did more than scream at one another on the battlefield.

There’s a lot to this game and I cannot recommend it to anyone new to the genre as tutorial does almost nothing to help you learn the game. For hardcore RTS fans out there, I suspect that this game will be right up your ally. It’s a fun game and there is a lot of content to it, and it offers some features unusual to the genre, but if you played the original there may not be much for you here. The game supports Steam Workshop, though, and the developer, Digitalmindsoft has guaranteed that it will release free game updates including new features, so hopefully this resolves that critical problem over time.