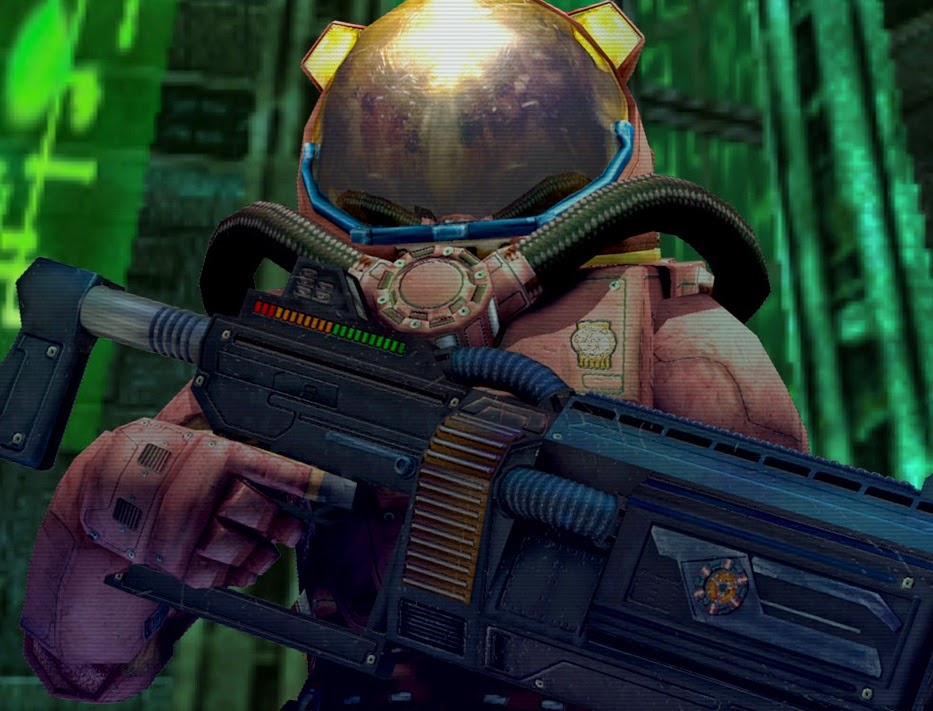 While the industry today has taken the genre to new (and different) heights with giant leaps in technology and online competitive gaming, I do think there will always be room to return to the classics. Moon’s developer, Renegade Kid, is no stranger to retro-themed games, with its superb Mutant Mudds acting as a love letter to old-school platforming souls. Moon Chronicles, meanwhile, is a sci-fi throwback designed just for those looking for a shot of that FPS nostalgia.

Renegade Kid has an obvious soft spot for the early days of the genre, and in its relatively humble days (before Mutant Mudds turned it into an indie hero developer), the team released a handful of FPS games on the DS: Dementium: The Ward, Moon and Dementium II. All of these titles were praised for their atmospheric settings, even though the games were limited technically because of the hardware. Moon Chronicles aims to break the original game down into four smaller episodes, while giving it a fresh coat of 3D paint to attract new players into its deadly corridors.

Episode 1: One Small Step finds the game’s hero, Major Kane, headed to the Moon to investigate an interesting scientific discovery. True to its heritage, it doesn’t take long for interest to become a living hell, and the moon base comes under attack. It’s a classic old-school FPS narrative that’s all but to be expected, yet it fits nicely here. It’s not like we come to these games for their academy award-winning scripts, anyway. With a stylus in one hand and the console rested in the other, the controls are fast, precise and intuitive. Thanks to the episodic nature of the game, wrist cramps are kept at bay too. 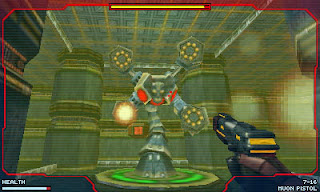 The game has seen a significant graphical overhaul compared to its original 2009 release. With the 3D enabled, the generous use of neon colours and eerie synth soundtrack combine to create an atmosphere that sucked me into its alien world. The memories of early 90’s science fiction films and playing Psygnosis’ old game, Codename Tenka, both sprang into my mind within mere minutes of the start of my journey into the depths of the moon’s core. While repeated textures are apparent between corridors, there is enough variety within the level design to give the base a sense of structure. This is further emphasised with the need to utilise an in-game map to keep track of target locations, as well as trying to locate hidden items that can only be reached with the use of a small radio controlled rover that can navigate through areas inaccessible to the bulky space suit wearing Major.

While the entire episode only takes around two hours to fully complete, within those short hours a decent variety of enemies will be blasted down, a surprisingly tough mid-boss encountered and there is even an unlockable training mission for those willing to explore every nook and cranny of the base. Metroid fans will undoubtedly enjoy the nod given to the famed franchise when permanent upgrade items are found buried within the corridors too. The weapons load out remains quite bare bones in the first episode, but it is obvious that this will be rectified when new episodes are released.

Moon Chronicles: Episode 1 lifts the veil off of Renegade Kid’s revamped throwback FPS title. It’s a healthy blend of retro aesthetics and modern controls, while the B-movie narrative set the stage for a solid shooter that’s a good fit for the 3DS eShop. It might be short, but it succeeded in leaving me with a desire for more. Hopefully the wait won’t be too long.