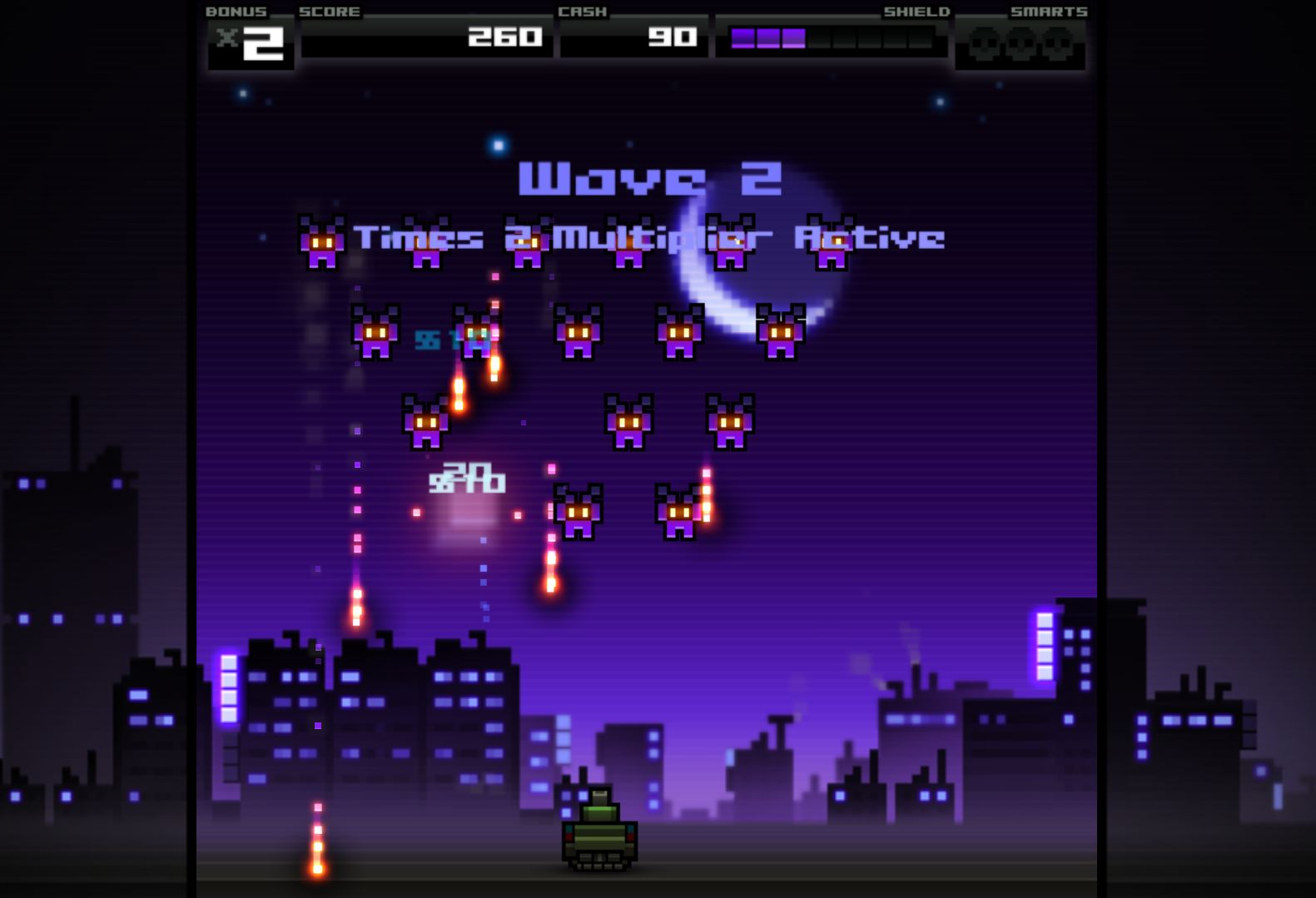 Space Invaders is cool for a couple of reasons; Firstly, it’s nostalgic. Those of us who love Space Invaders typically have fond memories of it driving us nuts as children. For me, for instance, it was the Game Boy version that I would be playing for hour upon hour when I was meant to be doing homework.

Secondly, Space Invaders is a gorgeous game, which sounds weird, but those little animated sprites are so well designed that there is a timeless minimalist originality to them. And finally, we like Space Invaders because it’s endlessly replayable and simple. It’s a basic arcade game, and it’s the bettter for it.

There have been all kinds of attempts to improve on Space Invaders over the years, including from Taito itself. Some have worked. But, when it does work, it’s because it’s able to tap into those three simple, basic themes. 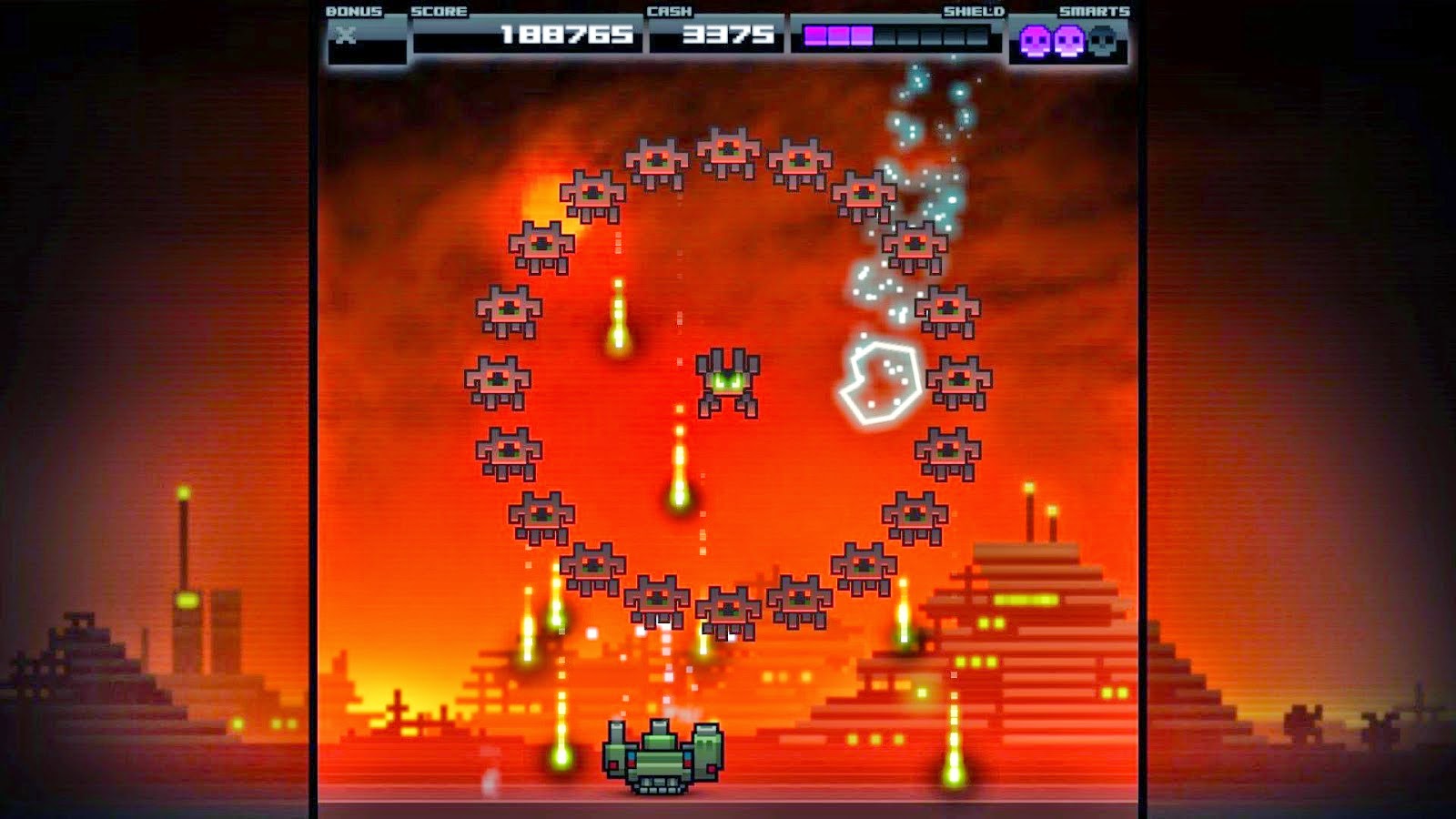 Players start out shooting basic waves of basic enemies, just as they would in Space Invaders. With each wave of enemies cleared, and entirely new wave of enemies appears on the screen. Slowly but surely faster and tougher enemies are introduced. Players earn “cash” by defeating enemies, and this cash can be used to upgrade weapons, to more easily kill the bad guys.

This system starts out enjoyable enough. It has a rather cheap retro look and generally lacks personally, but it works, and there is a moment or two of nostalgia to be sure. But then you will start to realise; the game just doesn’t stop. Taking a hit from an enemy doesn’t mean much, since additional shields are cheap upgrades, and so, until you are dozens of levels in, there is no sense of challenge at all.

Eventually the difficulty curve will catch up with you, but the thought of having to replay dozens of levels in order to get back to that point is painful, and while the high score leaderboards a nice (essential) touch, it’s wasn’t really enough to encourage me to come back for more.

I appreciate the effort that has gone into giving this game as much personalitty and level variety as possible. But Titan Attacks fails to understand what makes for a truly compelling arcade game; it needs to offer short, sharp, and instantly challenging difficulty.