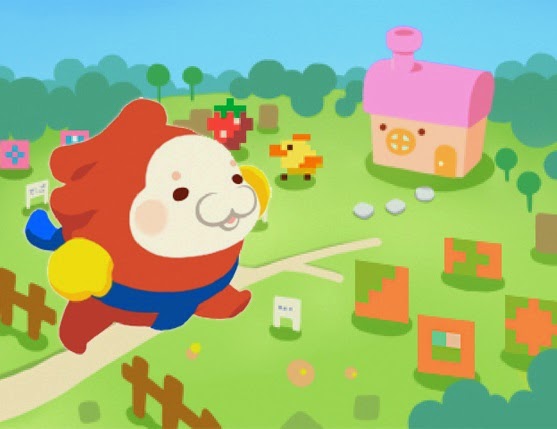 Pullbox (or Pushmo, depending on where you live in the world) is one of Nintendo’s relatively new IPs, with two games (the second being called Fallbox) having been released on to the 3DS eShop exclusively.

These games are truly charming spatial puzzle games, requiring players to slide and push blocks around in order to create a series of platforms to scale to the top of a structure. These games both offer plenty of challenge, and additionally have a level editor, to extend their play value into the realm of “endless.”

So it’s pretty great news that Pullbox is headed to the Wii U. Quoting the press release below:

Revel in the colourful Pullblox World, and enjoy the first Wii U outing for the puzzle-platformer series that began with Pullblox and Fallblox on Nintendo 3DS and 2DS. Take control of Mallo, the strong little guy with acrobatic powers, and help him rescue children trapped in the Pullblox structures. Using his skills, you can solve three-dimensional, block-based puzzles by pushing or pulling blocks to climb to the top of the structures. As the game progresses, the puzzles get larger and more complex, with some massive, screen-filling creations resembling familiar objects, animals and even classic Nintendo characters. Endless replay value is ensured by the return of Pullblox Studio, providing an easy-to-use interface for players to create and share their own puzzle creations.

The game will come with 250 levels by default, and is fully integrated into Nintendo’s social media platform, Miiverse. Players will be able to share and rate levels through the network, and Nintendo is also promising that the game’s own developers will be creating more levels to share over Miiverse.

It’s so frustrating to see the Wii U failing in the market because the eShop’s range of unique content from Nintendo is really quite strong. Pullbox World isn’t an AAA-game, but if you’ve already got a Wii U, this game will be essential.

The game releases on June 19.

Australians and New Zealanders; Madman is streaming to you now