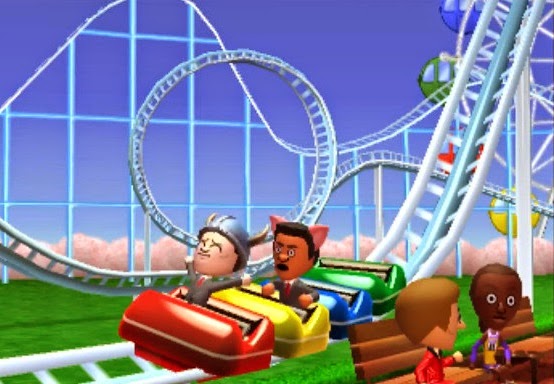 Update: Following the controversy, Nintendo has issued a statement apologising in full for the way it handled this issue. The statement in full below:

“We apologize for disappointing many people by failing to include same-sex relationships in Tomodachi Life. Unfortunately, it is not possible for us to change this game’s design, and such a significant development change can’t be accomplished with a post-ship patch. At Nintendo, dedication has always meant going beyond the games to promote a sense of community, and to share a spirit of fun and joy. We are committed to advancing our longtime company values of fun and entertainment for everyone. We pledge that if we create a next installment in the Tomodachi series, we will strive to design a game-play experience from the ground up that is more inclusive, and better represents all players.”

In the next couple of months Nintendo will launch Tomodachi Life in the west for the first time. The game itself looks like it’s going to be a load of silly fun, with players taking control of their Miis and doing all kinds of trivial and fun things within a virtual life. They will even be able to get married.

But only to virtual people of the opposite sex. Nintendo has a strict “no gay marriage” rule in the game, and this has been a point of contention for some. There was even a petition that got so large that Nintendo felt the need to respond to it.

Nintendo never intended to make any form of social commentary with the launch of Tomodachi Life. The relationship options in the game represent a playful alternate world rather than a real-life simulation. We hope that all of our fans will see that ‘Tomodachi Life’ was intended to be a whimsical and quirky game, and that we were absolutely not trying to provide social commentary.

This is a dangerously irresponsible and juvenile response from one of the oldest, most respected, and most influential companies in the games industry.

The games industry is a big one now. In 2013 research firm, Gartner, estimated the value of the industry to be around $93 billion worldwide. That pales to the multi-trillion dollar film and screen industry, of course, but $93 billion is of culturally significant size.

Moreover, it’s now a culturally legitimised hobby and activity. People are now growing up at a time when games have always been a part of their lives; it’s no longer a “new curiosity” that it would have been back in the 80’s and 90’s, and it’s no longer an activity that is considered exclusively one for children; the average age of people who regularly play games is in the 30’s.

So games now have a degree of cultural relevance; what happens in the games industry can now have an impact outside of the games industry, and this brings the games industry up with film, literature and the other arts as an important creative outlet. This comes with plenty of perks; if gaming wasn’t important, Activision would never have found $500 million to publish Destiny. If games weren’t important there wouldn’t be government support and/ or tax breaks for game developers around the world. If gaming was still just gimmicky entertainment, then there wouldn’t be the same mass media or academic interest in it; and these are important in spurring the development and thinking around games.

So it’s good that games are culturally relevant. But, because games are culturally relevant, “it’s just a game,” is no longer an adequate excuse when a developer or publisher is guilty of representing regressive, if not offensive, ideas. There is no reason in terms of technology that Nintendo couldn’t have same sex marriage in Tomodachi Life. I’ve been getting same sex couples to hook up with one another in The Sims series for years now. Heck, The Sims on the 3DS is a terrible game, but at least it still enables same sex marriage.

Nintendo needs to understand that as one of the preeminent game developers working within one of the most rapidly emerging new creative media forms, that its games do have cultural relevance, and the moral and ethical values that it does (or does not) represent in its games do carry a message into the community, whether intended or not.