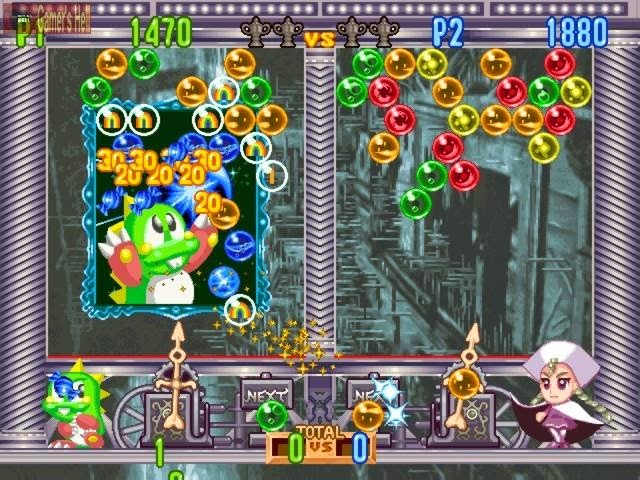 There once was a time, in he 90’s, when I would frequent videogame arcades. Many of my peers were playing titles such as Time Crisis, Daytona USA and whichever iteration of Street Fighter was currently out. For me personally, I was always drawn to Bust-a-Move (or Puzzle Bobble, as it is otherwise known).

Sadly, as arcades have declined, so too has Bust-a-Move faded from my memory… because, frankly, it’s not something I would buy a retail box to own. Now with what is arguably the most complete version of the game available on the PlayStation Network, I had no excuse, and I’m addicted all over again.

Built upon the charm and foundations laid by arcade platformer Bubble Bobble (none other than the arcade game that introduced me to videogames in the first place!), the Bust-a-Move series is a group of addictive puzzle games where the aim is to clear a screen of coloured bubbles by matching three of the same colour. This is done by taking aim with a cannon-like device and shooting bubbles at different angles on the board until the connected with the other bubbles on the screen. Sometimes it’s necessary to ricochet a bubble in order to get it to slot into the right place, and so Bust-a-Move, while simple, requires strategy that is very satisfying when pulled off. 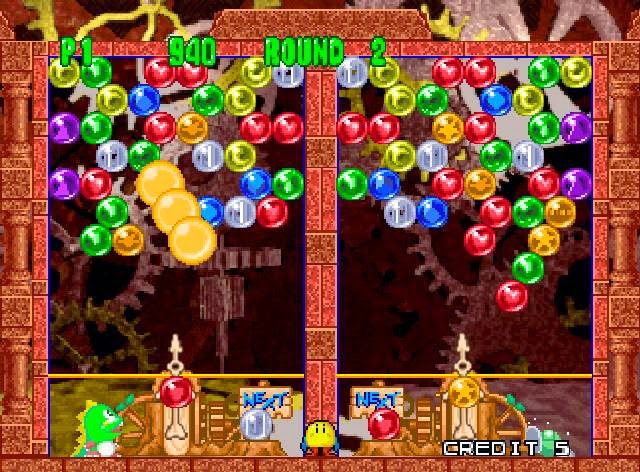 Bust-a-Move 4 originally released in Japan right back in 1998. It’s been on all kinds of consoles since then, and there are more recent games in the series too. But for my mind this game happens to be the series’ high point, both in terms of offering raw content, and bringing new ideas to keep the base game fresh and interesting.

As with other Bust-a-Move games, Bust-a-Move 4 also forces players to think quickly, with a strict time limit applying to each bubble shoot, as well as extra bubbles appearing on the screen at regular intervals. as the screen slowly fills up, if the bubbles reach the bottom of the stage it’s game over. It all gets rather stressful rather quickly, but this is what Bust-a-Move is all about.

Bust-a-Move 4 is the first game of the series to land on the PlayStation Network, yet I would be doing the game injustice if I didn’t consider that there were elements introduced in the game back on the original PlayStation that many readers may be unfamiliar with. The single player Arcade and Story modes boast a new pulley system, where each end of a rope on the pulley has its own set of coloured bubbles. Popping a bubble or two on one end causes the other end to fall slightly, threatening to cross that deadly end zone to end it all. This was a rather clever addition to the Bust-a-Move universe, and can quickly cause veterans of the game to rethink their entire strategy. 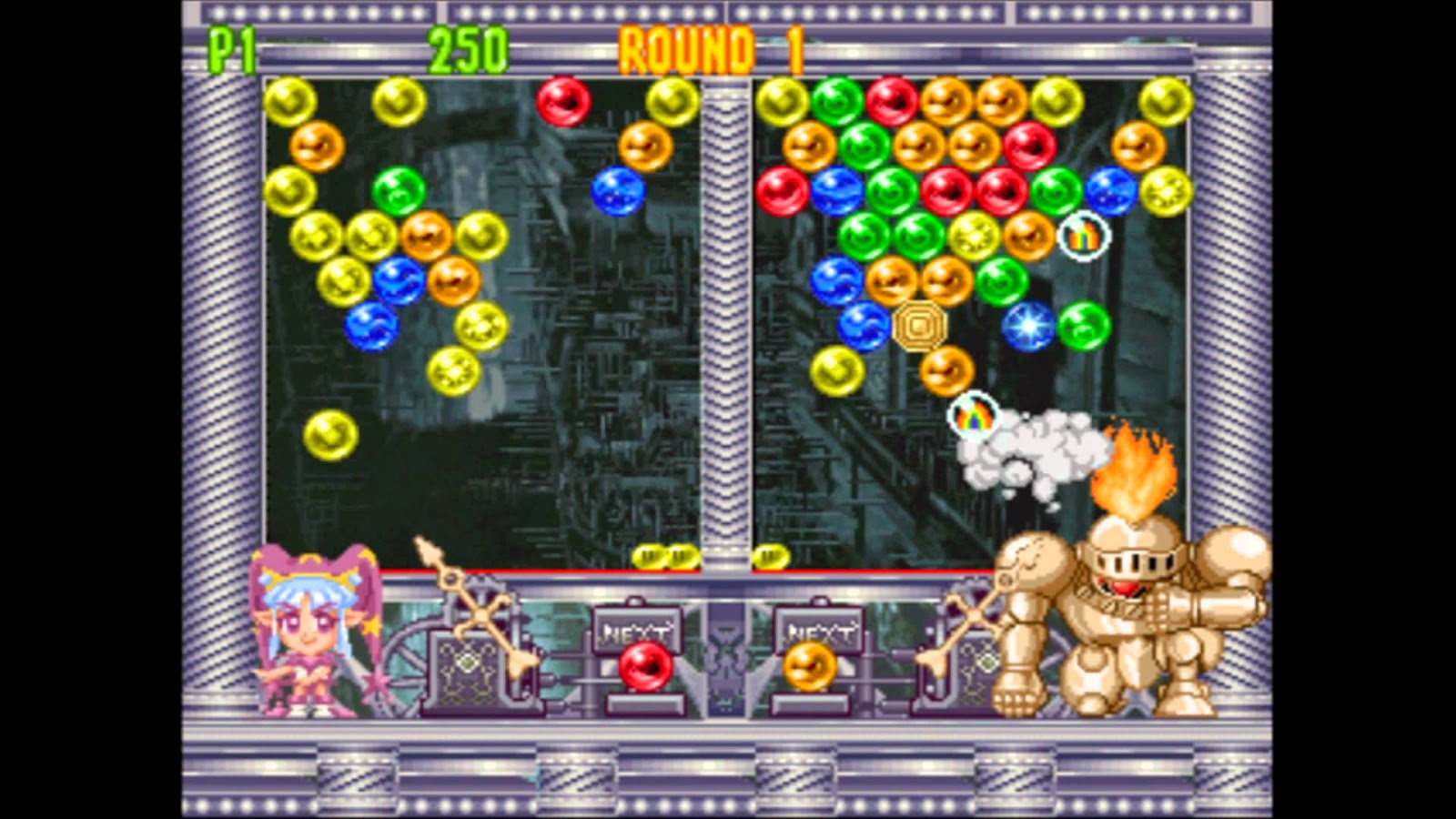 VS mode, which is a quick way to destroy friendships, it must be said, gains the addition of Chain Reactions in this game. What this means is when you match a few bubbles together further up the board and cause some other bubbles to fall, they now seek out another two of its own colour and make additional match ups. It sounds confusing at first, but it give skillful players a serious advantage at multiplayer, and two evenly-skilled players will have a riot squaring bubble skills off against one another.

Overall, the game has included over 600 individual puzzles between Arcade and Story mode, so there is plenty of content for even the biggest fans to get through. Story Mode is merely a ruse to give you more puzzles, as the story itself isn’t strong, but I do not think it detracts from what is really at heart, a pure, fun, puzzle game.

If over 600 puzzles is somehow not enough for you, there is a level editor where you can create your own puzzles for yourself or your friends. It’s pretty basic to make and share levels, adding potentially endless replay value to the package.

Bust-a-Move 4 is puzzling genius. It will stress you out and overwhelm you with sheer cuteness all at once. The new additions keep the game from being just another sequel, with the pulley system adding a whole new dimension of strategy. The game’s 600 plus levels will keep even the most addicted person hooked for months, this comes highly recommended, my favourite release of 2014 so far (not bad since the original game came out 16 years ago now!)