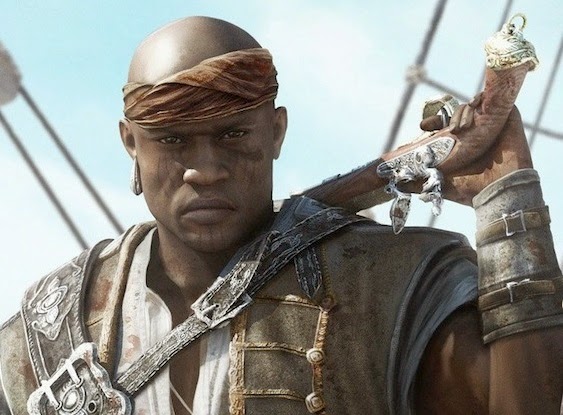 Purely coming off Matt’s article and the snowballing criticism of Mario Kart 8’s lack of ethnic diversity, I thought I’d take a moment to explore the ways in which video games have, haven’t and should approach the topic of race.

It’s easy to say that many video games just ignore the question of race entirely. The white male protagonist is really something that’s been accepted in the industry, so much so that there’s no question to its widespread use. There’s nothing particularly wrong with having a white male protagonist, per se, but as an art form video games can explore all sorts of subject matter. And even more so because our medium is by nature interactive. While films about racial injustice make us feel sympathy towards victims of discrimination, playing a video game allows us to experience what it’s like firsthand. The games medium has an untapped potential to deliver these experiences, and yet it’s shied away from approaching it for so long.

Racial themes have actually begun to appear in games, although not how one might expect. Conflict is at the heart of drama, after all, which has led to a variety of games exploring race. The vast majority of these games adapt it through a fantastic setting, using non-human creatures or part-humans in order to lessen the potential offense. It’s a theme that’s appeared since the 90’s – games such as Chrono Trigger, Phantasy Star 2 and the Tales series have all dabbled in this as part of their main point. The problem with this approach however is that often the fantasy nature of the story means that the conflicts are detached from reality. At the start of the game, the humans and monsters will invariably be at all out war, and by the end they will realise that either side is not bad after all, deciding to coexist peacefully.

While these games have their hearts in the right place, they approach the topic of race with all the maturity of a child’s picture book. What these games do is oversimplify discrimination, being unable to comment on the nuances and difficulties of coexisting when resentment still exists – a sentiment which is much more relevant to our current social condition. The use of fantasy counterparts can also diminish the impact of the discourse. This is odd considering that the more recent trend has been to take a real world conflict and carbon copy it, only replacing the names of each faction with elves, orcs and goblins. It doesn’t hurt to be a little optimistic about it though, since it’s a sure sign of the industry growing towards a maturity and a readiness to talk about these issues which were previously considered taboo.

A great example of this is the Ivalice Alliance created by Yasumi Matsuno, formerly of Square Enix. The Ivalice Alliance is made up of a variety of games, including Final Fantasy XII and its sequels, the Final Fantasy Tactics series and Ogre Battle. The world of Ivalice is inhabited by a variety of different races from humans to other fantasy creatures such as Moogles, Bangaa, Seeq and Viera. What’s great about this series is that it doesn’t take the easy way out by slapping on a coda about how racism is bad. Instead, players can explore a world and participate in a society in which characters of different races interact and cohabit. The worlds are designed with a particular attention to detail, allowing you to experience both instances of discrimination and instances where characters of different races work together to achieve a greater good. Frankly, we need more games like this.

This is only part of the equation however. So far we’ve discussed games which are explicitly about race. The issue with Mario Kart 8 and other similar games is the attitude that many share that games which aren’t explicitly about race also don’t need to worry about proper representation. As we’ve seen time and time again whenever a social justice issue pops up, it seems that many don’t think representation matters. If the players don’t treat this as an issue, game developers will thus have very little incentive to use anything other than a white male as their protagonist. It’s surely no coincidence that few AAA titles have protagonists from an ethnic background. Same goes for the fact that characters of race tend to appear in DLC packs or side games, such as with the Grand Theft Auto or Assassin’s Creed series.

I honestly can’t tell where the root of the problem lies. Either developers are too concerned with being “safe”, or the large majority of the audience for games aren’t ready to accept a protagonist who isn’t from a white background. As much as I wish it weren’t the latter, I’ve seen my share of comments which do suggest a level of hostility towards the idea. I think both developers and players have the ability to take the first step towards equality in this medium. The reality is that the white male protagonist is getting increasingly saturated in this industry. The best advice for both developers and consumers? Try something different!

In the world of pen-and-paper gaming, Dungeons & Dragons has big plans