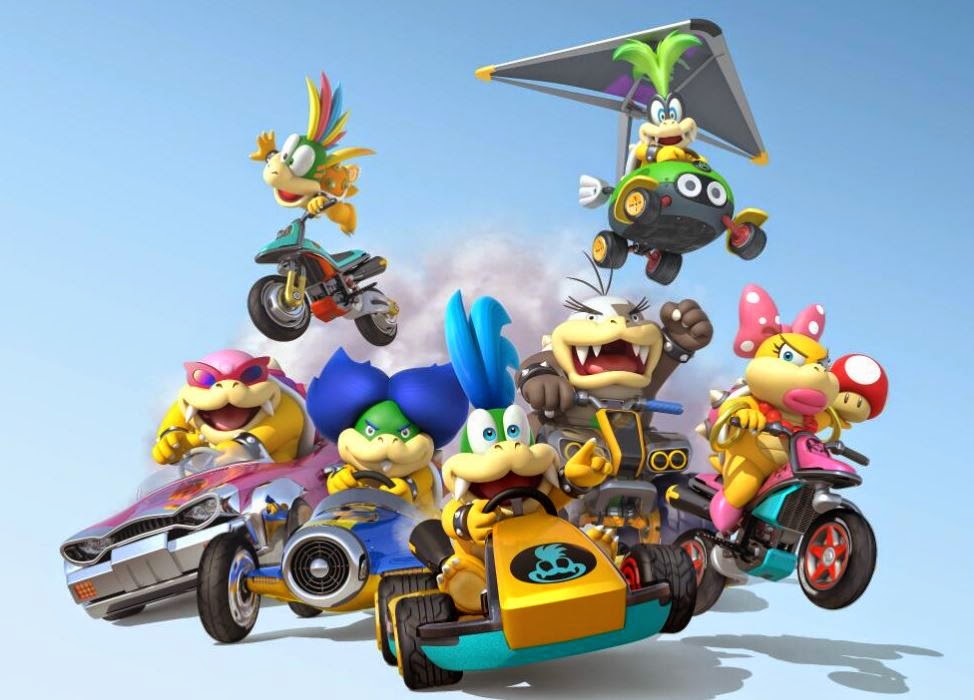 Nintendo’s on the kind of roll it probably didn’t want to be on – last week it hit some controversy over its stance on same sex marriage in one game. This week there’s a quieter controversy afoot, but it’s one centered around a very important game for the company; Mario Kart 8.

The issue is fairly simple; Mario Kart has a certain lack of ethnic diversity amongst its line up of characters. By that I mean the human characters are all almost exclusively European Caucasian in design.

Some people pointed this out, suggesting that it shows that Nintendo has an issue when it comes to representing ethnicities. Even looking outside of Mario Kart and its universe, this is undeniable – Nintendo certainly doesn’t have a great track record with characters of African descent. Heck, it’s a Japanese company and seems reluctant to have Asian heroes in its games.

For anyone arguing for ethnic diversity in art, this creates a clear issue. Nintendo is so well regarded in the community for producing family-friendly entertainment that the company’s ethical values have a serious impact on culture in general. But this is Nintendo, and in the eyes of many Nintendo simply can’t do wrong. And so the usual tired “It’s just a game” arguments roll out and the industry and community become locked on a debate that is so juvenile that it makes my head hurt.

There are different kinds of art, of course. There is popular art, and there is high art. Nintendo’s games are naturally popular art, and so when we experience them we tend to focus on their entertainment value, rather than consider them from a more academic perspective and seek to understand their themes.

But popular art is still art, and here’s the thing – one of the main cultural and social roles of art is to encourage discussion. That means, if you see something obnoxious in a work of art, you are fully entitled to argue against it. And racial discrimination is something obnoxious.

This doesn’t mean the game can’t be fun. Mario Kart 8 looks awesome. It’s certainly my most anticipated Nintendo game this year. In literature Heart of Darkness is an amazing novel and is completely racist. In film, Gone With The Wind is misogynist, and it’s one of the most important films for film fans to watch.

People who are fans of a game company need to learn something; criticising a company for doing something shoddy is not the same as claiming you hate the game. I love Dead or Alive, but Dead or Alive is clearly exploitative. I love Nintendo games, but yes, Nintendo has regressive attitudes towards race, gender, and sexuality. Arguing that you would like to see the company be more responsible from a cultural or social point of view is not the same thing as arguing that the games it produces are bad.

And that, ladies and gentlemen, is how art works. There is no such thing as “just a game” any more, so you might as well become a positive part of the discussion, rather than try and shut the discussion down because someone said something “mean” about your favourite game company.