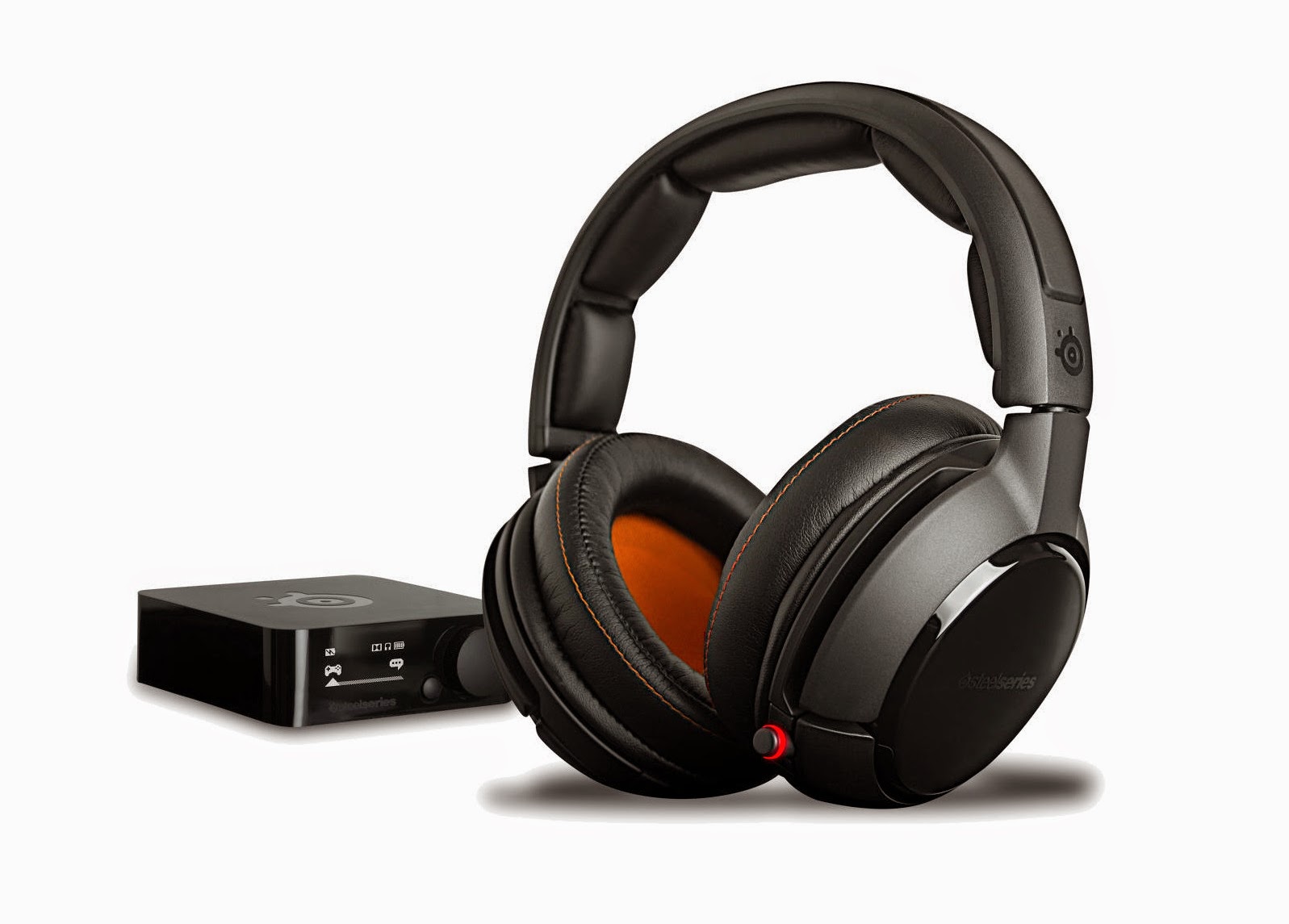 This is it. The Big Dog. The Daddy. The Head Honcho. The Grand Nagus. And, according to my thesaurus, the High Muck-a-Muck. SteelSeries make many fine headsets, but the H Wireless is the one that rules them all. It’s the pinnacle of their current range, with a price tag to match. It has so many features that we could easily write two reviews telling you about them all. And that’s exactly what we’ve done.

Matt took a look at the H Wireless a few months ago, and he awarded it a hefty four stars for its all-round performance. Inspired by his review, I’ve been putting the H Wireless to the test with my PC gaming rig, and I’m similarly impressed. But, before we get into details, let’s do a quick refresher on what the H Wireless has to offer.

There are two main selling points to this headset, and the first is obvious from the name. Who wants those pesky wires anyway? Traditionally, though, the natural enemies of wireless connectivity have been interference and lag. The H Wireless cleverly solves these problems by linking to a plug-and-play transmitter box that continually hops between frequencies to ensure a good connection. And it works. In two weeks of regular use, I’ve only experienced one momentary interruption in the soundstream. The range is also exceptional, outreaching most wireless devices I’ve tried, including my home Wi-Fi network.

The other big attraction is cross-platform functionality. The H Wireless comes with driverless profiles for newer televisions, PC & Mac, Xbox 360 and PS3/4, and can also connect to any gadget that uses standard a 3.5mm lead. You’ll get the best results by linking the optical output port of your source device to the transmitter box, which allows the H Wireless to produce full 7.1 Dolby audio. However, if required, the transmitter can also conjure up surround sound via a standard USB connection. In my tests, the optical link produced noticeably better results, so use it if you can. 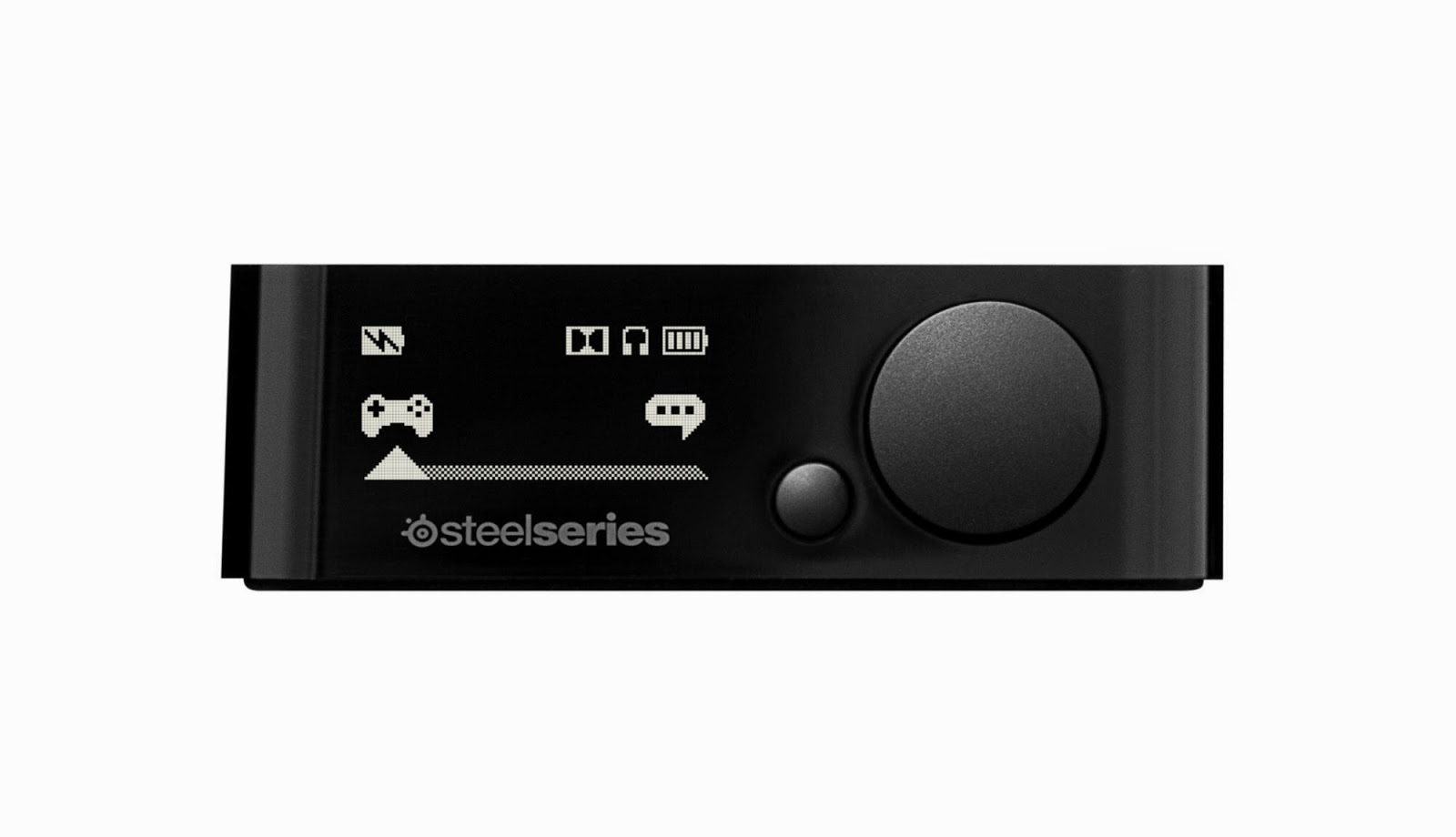 As well as acting as a bridge between the audio source and the headphones, the transmitter box performs several other functions. Simple controls and an OLED display give access to volume settings, custom profiles, a graphic equaliser and those all-important Dolby technologies. In addition, the box also acts as a battery charger. The headphones are powered by a single 20-hour cell, and SteelSeries provide two of them. When not in use, the spare sits inside the transmitter and prepares itself for action. It’s all very neat.

The headphones are rather pleasing, too. They feature oversized cans, on-ear controls that sync with the transmitter unit, a mildly-bendable metal-reinforced headband, a retractable microphone, and a ‘share’ point which allows wired input (and output) when you’re on the road. In fact, with the possible exception of Bluetooth input, it’s hard to think of a feature that this package doesn’t have.

In use, these headphones produce SteelSeries’ signature soundscape. If you’ve used any of their other products then you’ll have a good idea of what to expect. The H Wireless produces a big sound, underpinned with resonant bass and topped with clear, crisp midtones. It’s good for music, better for entertainment, and ideal for gaming. When used with the optical cable, the Dolby 7.1 setting produces the perfect balance between immersion and detail. Additionally, the surround-sound effects verge on incredible; with the right game, it’s perfectly possible to traverse a level using sound cues alone. Role-playing games and twitch shooters never sounded so good. 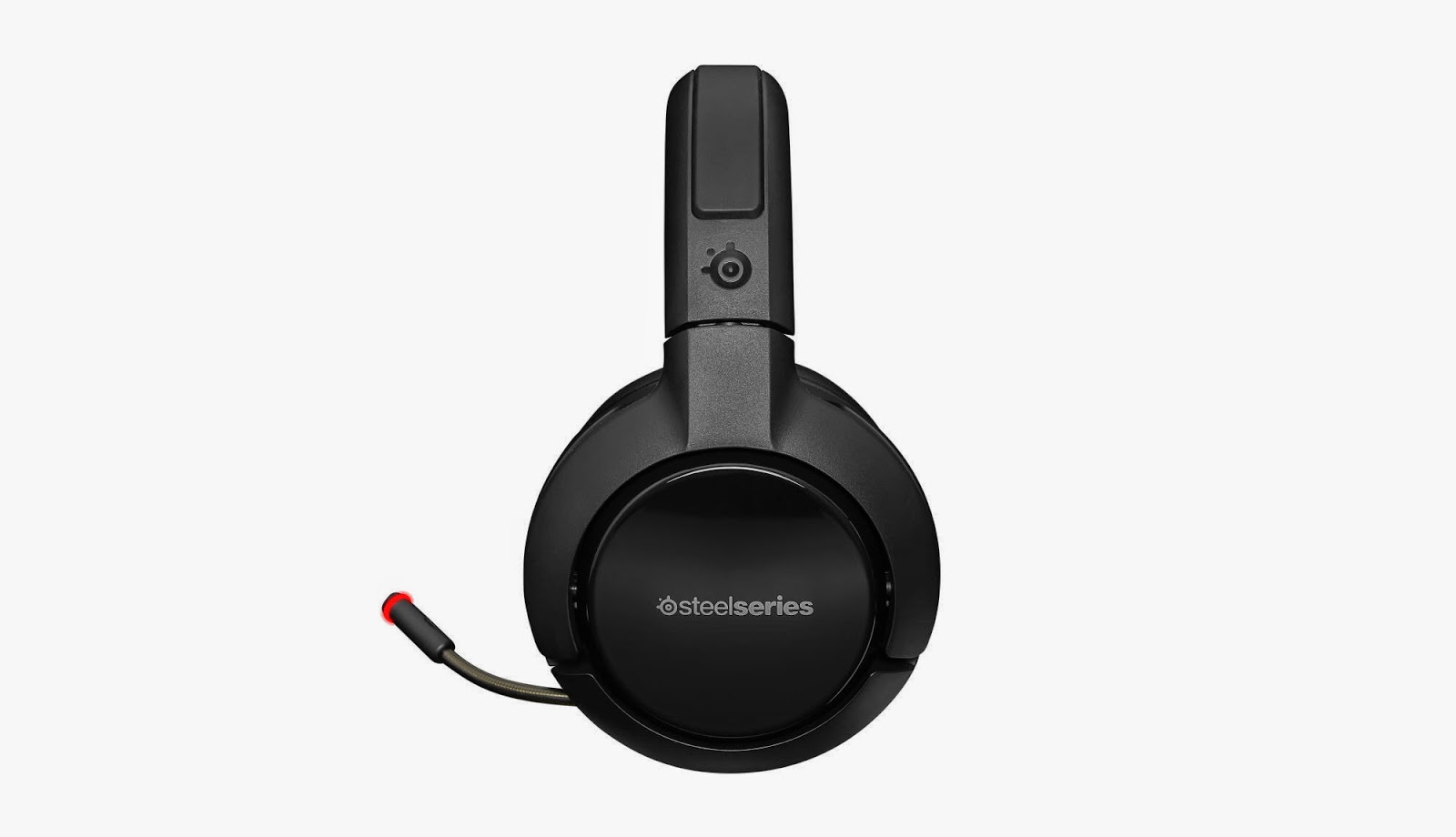 Not everything is quite so rosy. In my tests, voice transmission was average, and the transmitter’s voice-related features fell below expectations. Those features are Chatmix, which allows you to balance the volume of game sounds and voice communications, and Livemix, which dynamically sets the levels for you. Both were underwhelming on my PC test rig, but it’s possible that consoles or different computer setups will work better.

So, does this headset deserve its place at the top of the tree? It depends on how much you want to spend. If you’re willing to forego wireless or cross-platform functionality, you can get similar quality from other headsets in the SteelSeries range for around half the price. However, if you’re after outstanding gaming audio, but without the tangle, the H Wireless is the way to go.