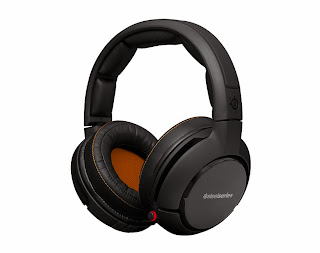 When you’re on the market for headphones, regardless of what purpose you plan to use them for, you really do owe it to yourself to consider a gaming headset first and foremost.

A good gaming headset manufacturer understands the need for sheer audio fidelity that gaming addicts crave. They want to hear the game’s soundtrack with complete clarity, they want to chat with their gaming friends without constantly having to ask that they repeat what was just said.

And they want build quality. A flimsy set of headphones isn’t going to last in the hands of a gamer, and so gaming headsets are built to last.

While these features are expected in a gaming headset, it’s not like any of them are not in-demand features for non-gamers who want a good headset as well. A good gaming headset works as well for regular non-gaming use as it does for gaming. We’ve seen products this year such as the Plantronics Rig that are, in fact, so good for mobile music and movies that I’ve actually started using them for anything but games. The downside to many of these products is that they are traditionally wired, even when at home, and wires are a pain. So the SteelSeries H Wireless Headset solves that issue with a wireless setup for home and gaming use and from a technology point of view does an awesome job of it, but it just doesn’t sit as well with me as some other headsets for non-gaming use. 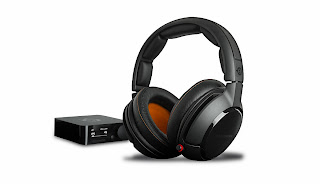 In terms of build quality the H Series is right up there. The headphones have a nice, comfortable weight which means that they don’t feel like they’ll break the first time they’re dropped. They also sit nicely on the head, and the receiver box for the wireless sound is a nice, solid device as well, but it’s perhaps a little too ‘tech’ for the average livingroom’s aesthetics. At a time where game consoles are being designed to match living room aesthetics, this headset looks like it belongs in a games room. Which is fine if you have a games room but the Plantronics Rig is perhaps better suited to more casual environments where aesthetics are important.

With wireless headsets there’s always a risk that if the technology isn’t up to scratch the sound quality is too at the mercy of signal disruption for their own good. The good news is that the H Series is perhaps the best wireless sound quality that I’ve come across with. Where I have had plenty of trouble with other wireless headsets in the past (one of the ‘joys’ of living in a busy apartment building), I can’t remember a single time I experienced disruption with this headset.

It’s also nice and easy to set up, and I was absolutely able to zone out and immerse myself within the game as I was testing the headset. It works for the TV too, which is great because I was able to watch Survivor without annoying my wife, who hates Survivor). With that being said, while this headset can be converted for mobile use and taken out and about, I couldn’t imagine myself doing that. It just feels too much like a gaming headset and something to be left at home rather than taken on the road.

That might just be me though and I’m sure other people will be more than happy taking it around with them on public transport and the like. While the H Series also lacks some of the fun features that the Plantronics Rig offers (though it does offer the same basic ability to mix the game volume Vs. the communication volume, the most important feature for many gamers) being such a high quality wireless headset is certainly enough of a reason to consider it over anything else that has been released this year.

Merry Christmas; from the depths of our hearts