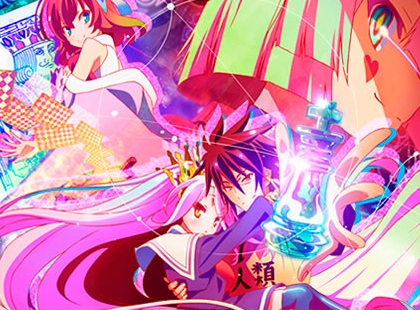 Characters being forcibly whisked away into a foreign land having to escape is a fairly commonplace premise in modern fiction. Anime, too, has taken it under its wing with popular shows such as Sword Art Online. No Game No Life, though, turns the notion of being unwittingly trapped into a thrilling opportunity for its protagonists. What if the world the characters were transported to was not perilous but arguably superior to the real one? No Game No Life takes this basic idea and moulds a compelling comedy around it.

See, No Game No Life doesn’t track a stereotypical do-gooder on his quest to liberate himself or loved ones. The “hero” is cocky, intelligent, binges on video games for days straight, and always has a time of it. Think The World God Only Knows’ Katsuragi Keima, albeit cranked up several notches. Most defining, though, are his status as a hikikomori and his relationship with his sister, Shiro, who is equally devoted to his hobby. The collective efforts of Sora and Shiro form the persona “Blank”, who is an undefeated urban legend in the online gaming community.
So when Blank is transported to a world where games are used to determine every facet of society from political power to the clothes on your back, you can imagine Sora and Shiro thrive. It’s a world free of violence and other black spots that plague the world because every conflict is settled through games like poker, chess, blackjack, and uh, an intergalactic rendition of shiritori teeming with nudity and explosives. 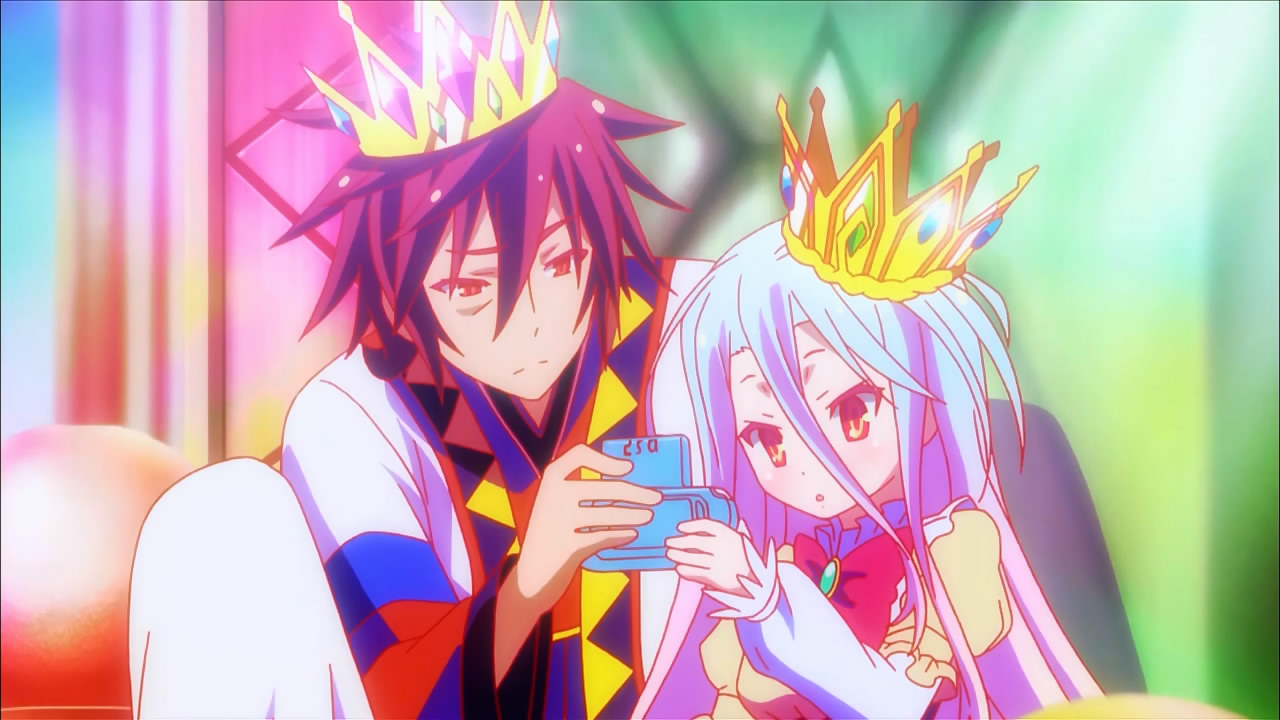 Right off the bat, Sora establishes his anti-hero status by cheating for money and seeking a female companion through force. The attitudes that Sora and Shiro have towards the world make the show such a joy to watch, even in the (exceedingly rare) moments of seriousness. Shiro is rather subdued, but Sora absolutely revels at the chance to be defined by skill and wit that surpass everyone around them.
At the same time, though, Sora’s got a soft spot for his sister that’s rare in this sort of character archetype and it makes for one of the better sibling dynamics I’ve seen in a comedy. Sora and Shiro are so heart-warmingly reliant and loyal to each other that merely being on the opposite end of a door entails comedic levels of separation anxiety from both parties. As wonderfully arrogant as Sora is, he always lovingly goes out of his way to solidify that Blank’s success can only be attributed to their combined efforts.
If it weren’t for Sora’s ambition and his tendency to lay his life on the line for games of rock-paper-scissors, it would be a fairly tame show since the only “danger” arises from the weight of self-proposed wagers. After all, Sora and Shiro are impossibly intelligent, having memorised countless statistics, learned numerous languages, and demonstrated considerable knowledge of psychology. Any human opponents can’t compare. 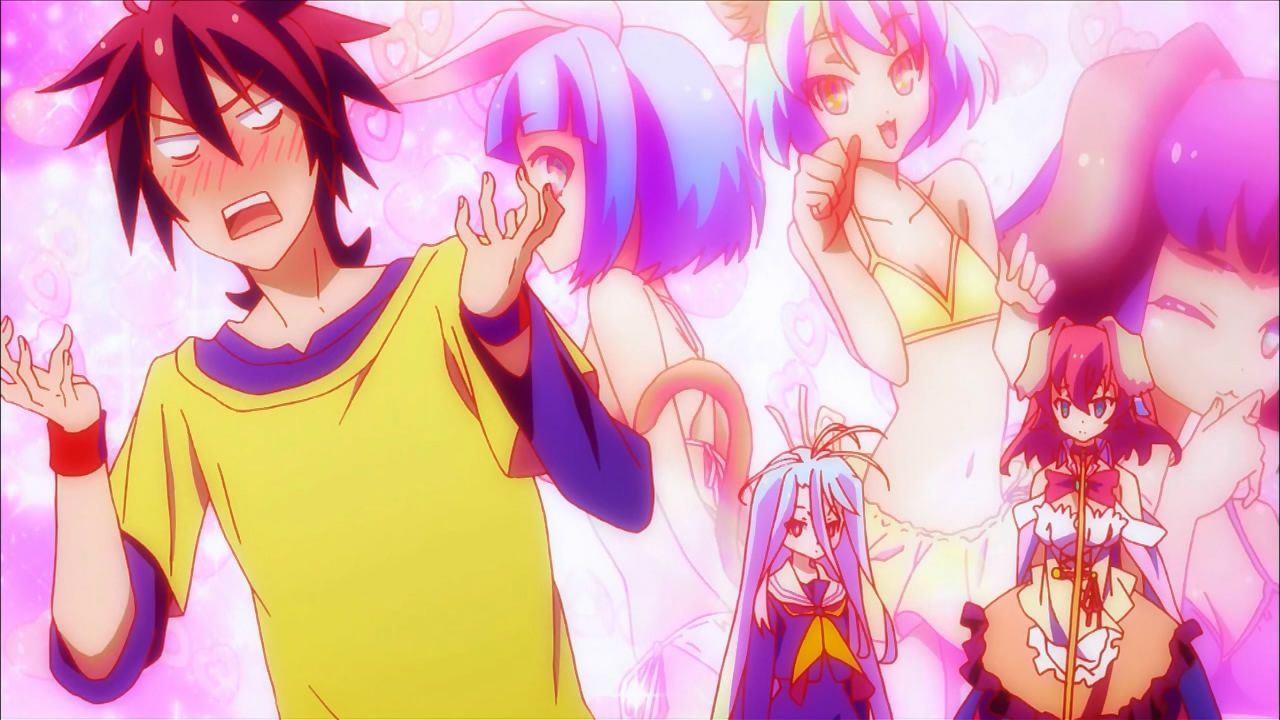 This is cleverly balanced by having the duo go up against races with an affinity for magic and, by extension, a legion of cheaters. It’s genuinely exciting to see how the human pair can rise above magical elves and the like through logical deductions and some exploitation of the rules. The two are so intelligent and ambitious that it’s impossible not to get invested in their bid to conquer the world.

The sheer hilarity of Blank’s antics has made No Game No Life the most consistent anime I’ve watched all season in terms of raw entertainment. If a comedy about a hikikomori gamer duo ascending to deity status remotely tickles your fancy, I can’t recommend it enough.

You can watch the show here.