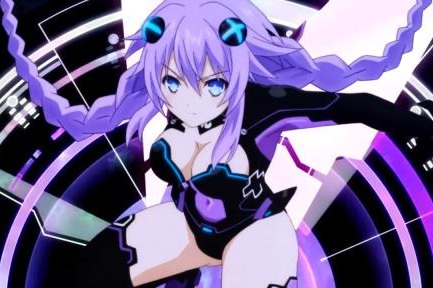 FUNimation announced today that it has licensed 2013’s twelve episode Hyperdimenion Neptunia anime adaptation. The publisher went on to state that a physical release would follow at some point around the winter holiday season.

It’s unknown whether the show will be releasing in Blu-Ray or DVD format (or both). If physical copies aren’t your cup of tea though, you can already watch the show right now via FUNimation’s streaming service or purchase them through iTunes.
The show’s premise is as follows:

In the world of Gamindustri, four competing CPU goddesses rule the lands of Lastation, Leanbox, Lowee, and Planeptune. When dark forces threaten their power, they’ll have to learn to work together if they want to defeat evil. Based on the hit RPG series, it’s the video game console wars as you’ve never seen them before: fought by gorgeous girls!

It’s a rather timely unveiling too, since FUNimation also revealed it would be collaborating with NIS America for a contestdesigned to promote next month’s Hyperdimension Neptunia Producing Perfection on Vita. Between a remake, an idol game, and this anime, 2014 is shaping up to be a busy year for the niche JRPG franchise.
– Clark A.
Anime Editor
Email me at: clarka@digitallydownloaded.net
Share this