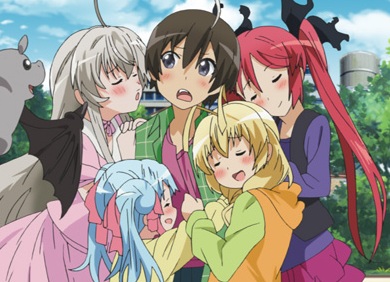 I’ve watched a decent selection of anime in my years and, believe it or not, a show about H.P. Lovecraft’s creatures posing as attractive young ladies and protecting Earth isn’t the weirdest. Granted, Nyaruko: Crawling With Love (Haiyore! Nyarko-san) seems thoroughly nonsensical throughout its twelve episode running span, but its role as a satirical otaku-oriented anime becomes increasingly transparent as it progresses.
That’s not a knock on Nyaruko’s quality, mind you; it handles this premise masterfully from start to finish and actually exceeded my expectations in terms of what little plot there is.
Nyaruko, an alien creature based off Lovecraft’s Nyarlathotep, has taken human form and is tasked with protecting Mahiro Yasaka from her hostile, extraterrestrial contemporaries. Or at least that’s the excuse given for Nyaruko’s puzzlingly kawaii self to occupy Yasaka’s residence and endlessly try to get him into her pants. Lovecraft’s works themselves have no real thematic relevance beyond some witty puns and inspiration for character designs (particularly the monsters Nyaruko squares off against). 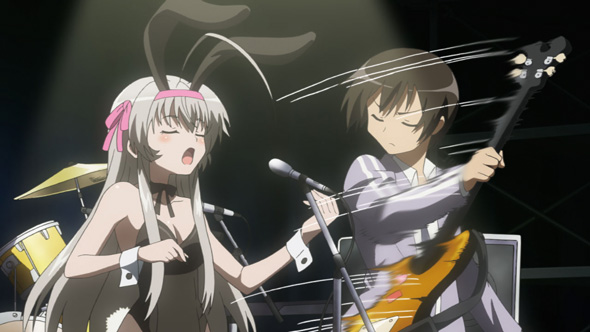 Rather, this show is very clearly a comedy with the universe’s most dysfunctional harem weaved around Yasaka. As Nyaruko’s humanoid counterparts are assimilated into the main cast, their obsession with Yasaka becomes all the more apparent and arguably a greater focal point than the show’s fighting scenes. Every character adopts very overt tropes and their personalities are rather one-note, but this works to Nyaruko’s advantage since it means every character is distinct and easy to connect with throughout all the insanity.

The villains Nyaruko is tasked with protecting Mahiro from are equally zany. Highlights include an organisation bent on turning Mahiro into a yaoi actor and a pro-censorship alien who believes wiping out humanity is the only way to atone for the eroticism in Japanese culture contaminating the minds of children. And in case that wasn’t an adequate indicator of the show’s fascination with weird sexualised humour, also expect some wildly sexual absurdity along the way that doesn’t involve the bad guys.

What establishes the show’s identity as surprisingly clever is the reliance on parodying popular Japanese culture. Each episode is so dense that only the most anime-savvy will catch ‘em all (and there are entire websites devoted to doing so). It’s hard not to at least crack a smile when the show mocks themes present in popular shounen anime through to various JRPG tropes. In fact, many battles are choreographed to play out as a precise parody of famous fights we’ve experienced elsewhere over the years. The plot and characters are entirely secondary to cramming in as many of these references as possible and lovingly poking fun at the absurdity of the industry more than anything else. 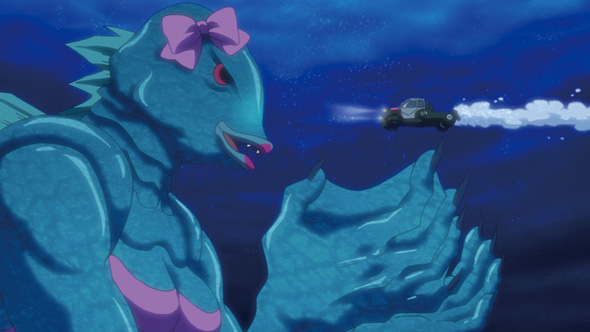 That said, despite the story and lore likely existing for the sake of gags, there’s still a surprising amount of attention given to the plot hidden beneath them. There’s something akin to a villain of the week format going, but every episode flows organically from one to the other and the most characters see some development, however shallow it may be.
I feel Nyaruko handles this aspect brilliantly, as its teases of depth provide more investment in the characters than self-contained episodes would allow for. More impressively, it forgoes a groan-inducing climax such as what happened to the ultimately self-destructive (but similarly-themed) harem comedy Demon King Daimaou. It’s never too overt so as to keep the show’s comical tone intact, but you definitely get the sense that the writers strived for a tad more than a series of delightfully nonsensical happenings.
As for the premium set, there’s not a whole lot of bonus content on the disks beyond subtitle-devoid themes and previews for NIS America’sother releases. The real draw is the enormous, vibrant box housing them that demands to be openly displayed rather than filed away on the shelf. The included “Planetary Defense Agency Handbook” also features many interesting tidbits about the show and some images that I’m sure this show’s demographic will appreciate. 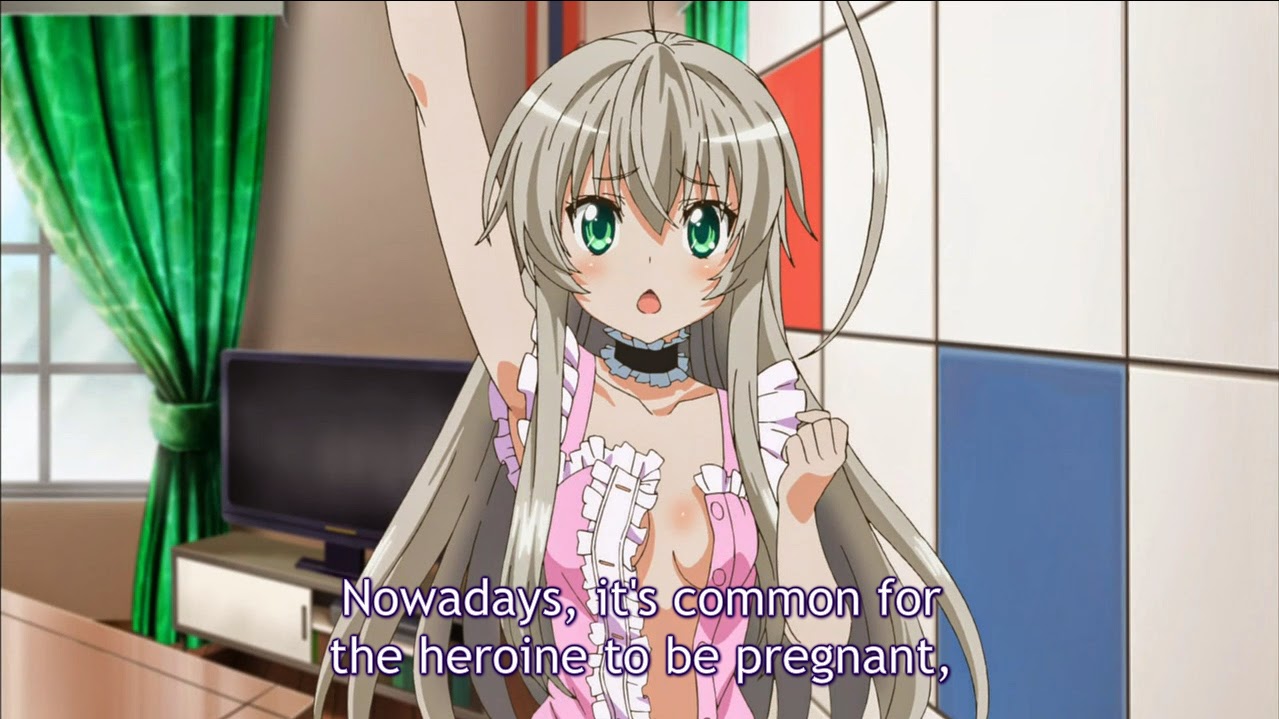 Above all, Nyaruko: Crawling With Love! is a fun, relaxing show that won’t rack your brain. Granted, you’ll need considerable knowledge of Japanese media to actually spot and process all of its humour, but the wacky premise always meant it was going to be a niche show geared towards the sufficiently-informed otaku. If nothing else, it’s worth buying just to loop the show’s infectiously catchy opening theme and drive everyone around you bonkers.

Review: The Amazing Spider-Man 2 (Xbox One)