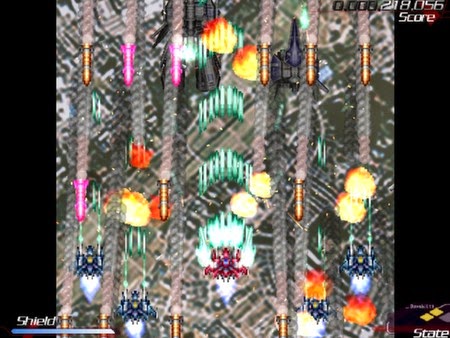 Although I am not good at SHMUPs, I really enjoy playing them and RefleX is one of the finest I have played in a long while.

Weirdly enough, RefleX is the second chapter of the Japanese game series The Tale of ALLTYNEX with the first and third coming out soon. It doesn’t mean that you can’t play the game by itself, but it is a little strange stepping into a trilogy midway through.

RefleX plays like most SHMUPs; you play as a space ship and shoot everything that comes on screen. It’s hectic stuff, but what makes RefleX special is that there are no bombs or super weapons that are typical for the genre. Yep, there’s no crutch that will allow you to kill all the enemies or deals lots of damage to bosses. Instead you get a shield that can block anything and also deflects some of the bullets and lasers back at the enemies. The downside, of course, is that while using the shield you cannot shoot and it has a limited supply of energy.

Another few things that I like about this game is the fact you can get hit multiple times before being destroyed. When you first play the game you get a few continues but when you do get a game over the next time you play you’ll find that you have an extra continue, which will help you get that little bit further. As with all SHMUPs the game offers a stiff challenge, and it can be a little irritating replaying the levels that you’ve mastered just to get back to the one that killed you the previous attempt, but overall the developers have come up with a decent way to help people get through the game without holding their hands. 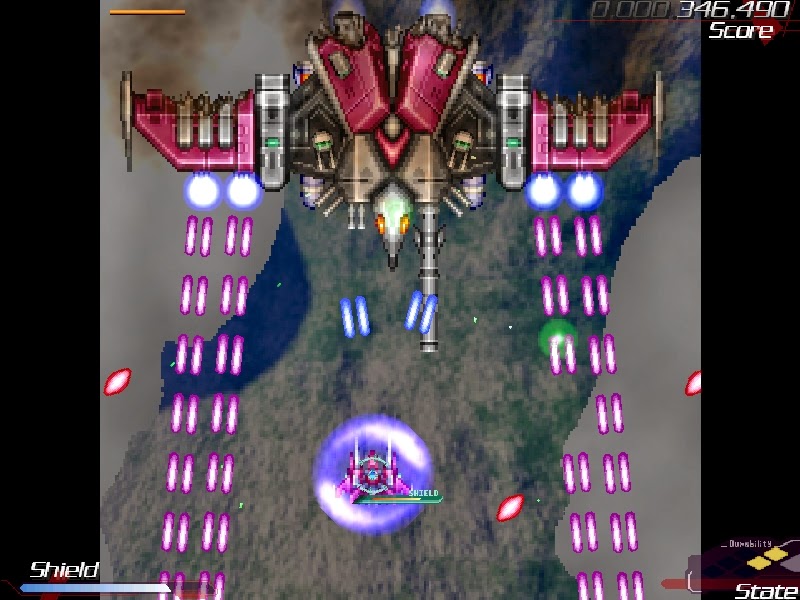 There seems to be very little story to the game. It doesn’t matter; most SHMUPs don’t have a story and when they do they are not very good, but it would be really wonderful if just once the genre threw up something that tested the mind as well as the reflexes. The game has Xbox 360 controller support and I would recommend using a controller because the action is manic enough that the keyboard can become uncomfortable over time. It also supports Steam trading cards so if you’re into them this game has seven you can collect.

The game has a lot of huge bosses that will give any one a challenge and at times there are bullets all over the screen. The graphics remind me of the Super Nintendo era, but a little more detailed and I found myself really enjoying the soundtrack as it fit the game perfectly. It is a decent length game as you will die a lot and have to start over but as with most good SHMUPs it’s a rewarding process indeed. I myself can not wait to try out the other two games in the series!