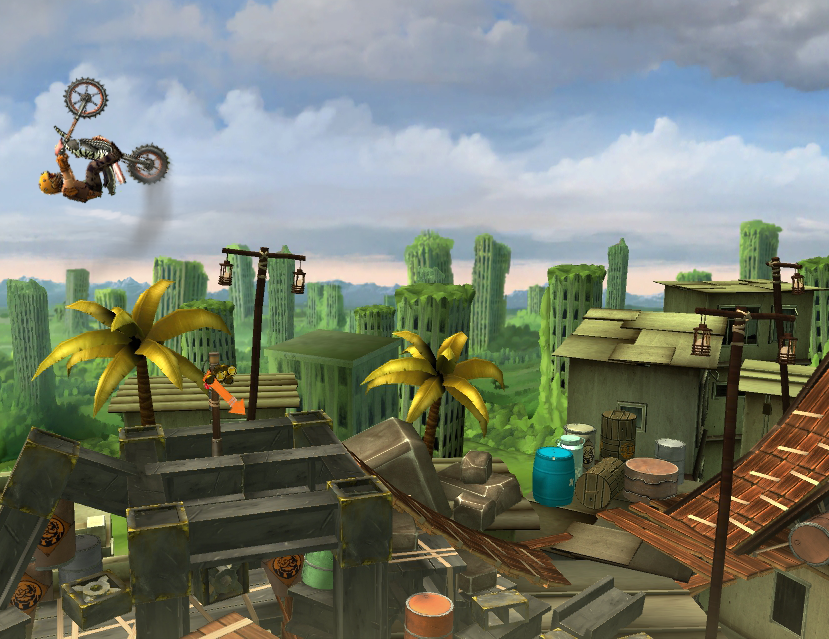 RedLynx is no stranger to the iOS Marketplace; the fantastic port of its WiiWare hit MotoHeroz, Monster Truck Nitro and its DrawRace games have all been found in the top rankings of the charts throughout the years. As an avid fan of its Trials series though, it’s a little disheartening that the team hasn’t brought its trademark gameplay style to touchscreen devices to test not only our skills, but our nerves as well.

If you played MotoHeroz on either WiiWare or iOS, you’ll know that RedLynx took its Trials gameplay and dipped it into a fun-filled world packed with cutesy super deformed characters, colourful environmental aesthetics and forgiving physics, instead of the tyre treads, dirty paths and rusty warehouses we’re accustomed to from other RedLynx titles. Trials Frontier flips us into a (American) Western themed game world that’s loaded with wacky denizens, death defying courses and a host of new gameplay gimmicks, courtesy of the built-in F2P mechanics. There’s a lot of fun to had here, especially for Trials fans, but you’ll have to work for it – and not just on the track.

(The other recently released Trials game is Trials Fusion on the consoles. Check out our review here)

Dropping in, players find themselves in a village and meeting a small portion of the game’s denizens via visual novel-style text scenes. Instead of just tackling a list of tracks, with this game players have the task of taking on errands after short conversations with the ever-growing cast of characters. The dialogue is snappy, to the point and quite comical at times – adding an unexpected, yet welcomed context to the formula. Of course, this is all part of the F2P mechanics, as after each track you’ll spin a wheel of luck to acquire an upgrade part, gems or special quest item. These items are in turn used to upgrade the bikes, with the rare gems drop being the high value in-game currency that’s used to buy expensive timed boost items and fuel refills. 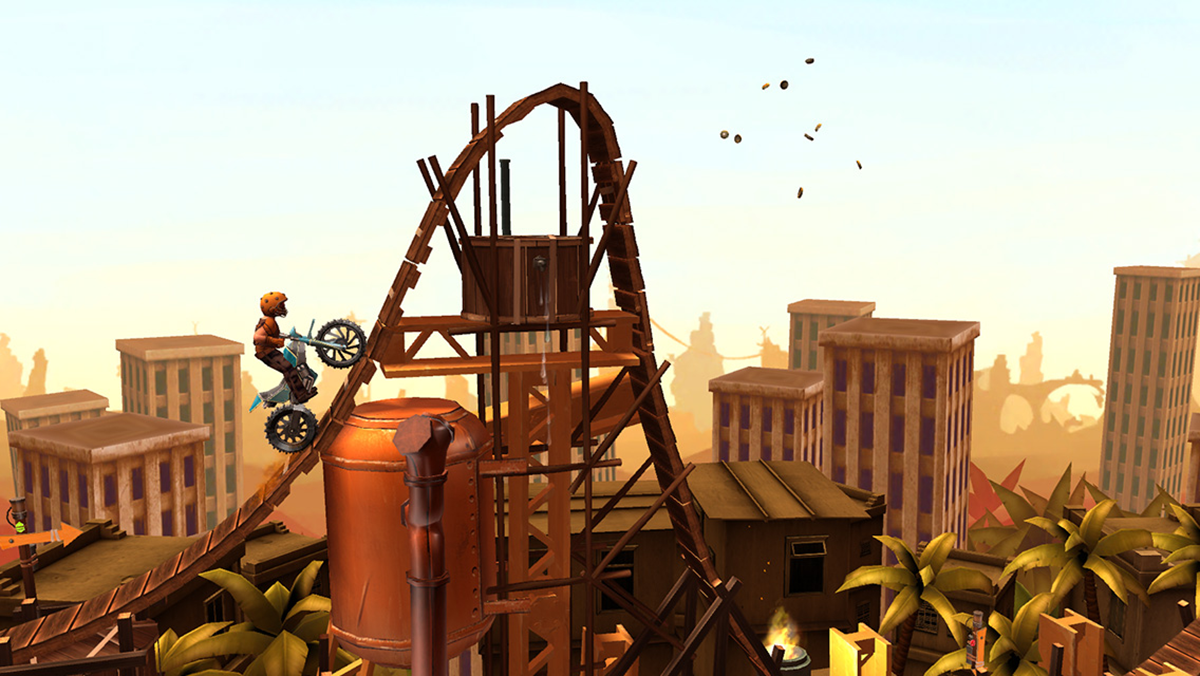 The game isn’t a money grab though, by any means. You can’t simply “buy” your way to victory here, as the game’s 200 missions and 50 hours of promised gameplay require actual skill to progress through regardless of how well the bike is kitted out. The game isn’t designed for long play sessions either, as each track’s has a fuel cost, with the “fuel reserves” being the game’s effective timer. Levels can be freely reset when trying to achieve the elusive gold medals or tough AI opponent races however, so playtimes can increase significantly if you’re a perfectionist. It’s a mobile game and I take no issue with this playtime-limiting feature, but for some players the same might not be said. Repetition does set in quickly, as acquiring a certain item needed for an upgrade or errand completion might require numerous end-level wheel spins.

Personally, I don’t like to spend real world money on limited use items in F2P games, but I do, however, like to support the developers of games that I enjoy. Frontier places me in a conundrum. There’s no permanent coin doubler, level pack or other non-limited use upgrades that can be purchased with real money. Just disposable use items. Gems can be spent to buy fuel refills and the more expensive refills add small permanent upgrades to fuel reserves, but come on RedLynx – give us something bit more permanent to purchase in the game! 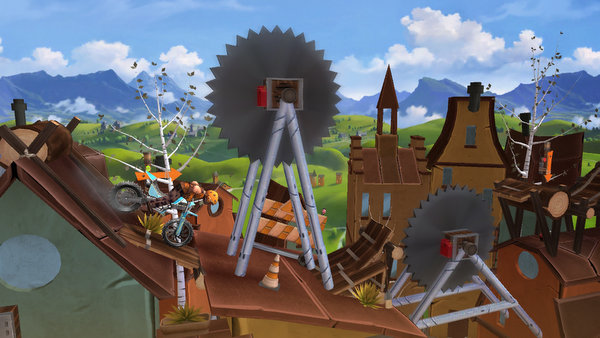 RedLynx did throw in a twist to alleviate some of grinding; a slot machine. This machine can be used several times a day and will randomly select a bike, course and number of tricks that need to be competed to achieve the winnings pull of the machine, which has the chance of earning extra coins, fuel and even additional course unlocks.

Graphically, Frontier is on par with the PS3/ Xbox 360, though obviously on a smaller screen . The attention to detail and lush decor of the tracks are engaging on a visual aesthetic level, and the game’s Western-themed soundtrack nearly makes you feel like you need to wipe your goggles off from the dust after a exceptionally challenging race. Simple on-screen buttons to lean, brake and accelerate keep the controls simple enough to work on the touchscreen, yet without offering the level of precision of physical buttons – unintentional mistakes are bound to happen.

Trials Frontier might be in the shadow of its big brother Fusion, but it still holds its own for the realms of mobile gaming. For fans who’ve desired to take Trials on the go, there’s a lot to enjoy here, but there’s no denying that the F2P mechanics and digital controls sink the ruts a bit too deep at times.