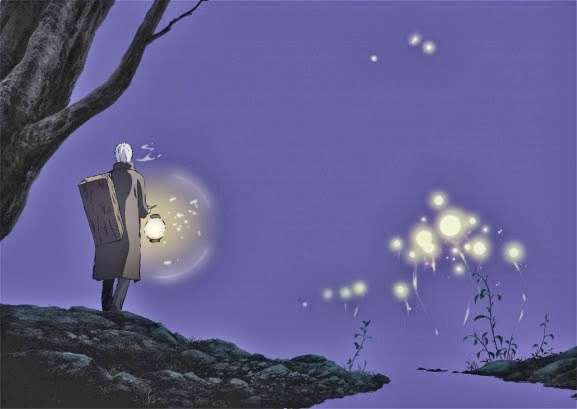 The first season of Mushishi was one of the most charming and engrossing anime I’ve ever watched. It’s a slow paced series set in rural Japan, mixing elements of spirit detective, slice of life and Lovecraftian horror maintaining a relaxed, contemplative tone. It was unlike anything else I had seen before, and I looked forward to each new episode with anticipation.

So you can only imagine my excitement when a second season was announced, almost out of nowhere too.

Mushishi is episodic, exploring the lives of one set of characters in each episode. There is no ongoing storyline, although some characters are common between episodes, and there is no hint that the anime is linear either. The first episode of Mushishi’s second season just goes about business as usual as if there wasn’t an eight year gap between itself and the previous episode.

The premise is that the world is inhabited by mushi – a sixth kingdom of life form in addition to animals, plants, fungi, protists and monera. Mushi are the purest form of life, being birthed out of a lifestream running through the natural world. Some are sentient and some are not, but they frequently come into contact with humans. Most of the time they go unnoticed, but sometimes this coexistence brings about strange, unexplainable conditions in people and their world. Mushi are just like any other form of life – they require resources to survive and they make an impact on their surroundings. When there are mushi which eat light or sound living near humans, however, problems arise. 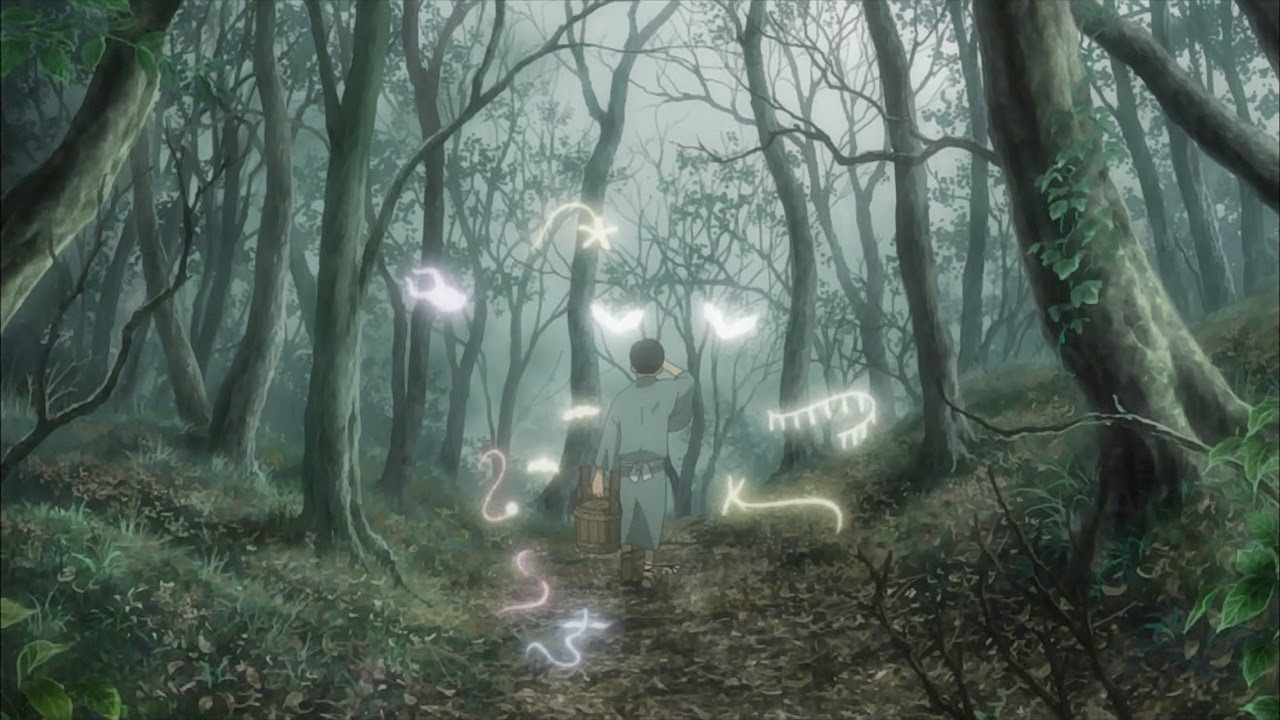 This is the domain for Ginko, a mushishi or spirit master. His natural affinity attracts mushi, and due to this he is forced to travel constantly lest they gather in too great a concentration in one area. Each episode revolves around an individual, a family or a village impacted by a form of mushi, which Ginko tries to resolve. Some attempts are successful and some are not, and it’s impossible to tell whether a case will end in peace or tragedy. The anime handles heavy topics like death, birth, love and loss with a surprising adeptness, however, making them feel like elements in a natural process which are neither good not evil, but merely necessary. It effortlessly evokes a feeling of the natural world, which is a breath of fresh air from some of the more contrived anime tropes we’ve become familiar with recently.

Mushishi adopts a contemplative tone throughout, and Ginko’s journey through the picturesque Japanese landscape is a delightful one to behold. There are no antagonists, no true conflict and no ongoing myth arcs. Instead, Mushishi feels like a collection of folk tales which remind the audience of how unique, fragile and beautiful humanity can be. Grab a cup of tea on a quiet afternoon and set aside some relaxation time – this anime is not one to be missed.