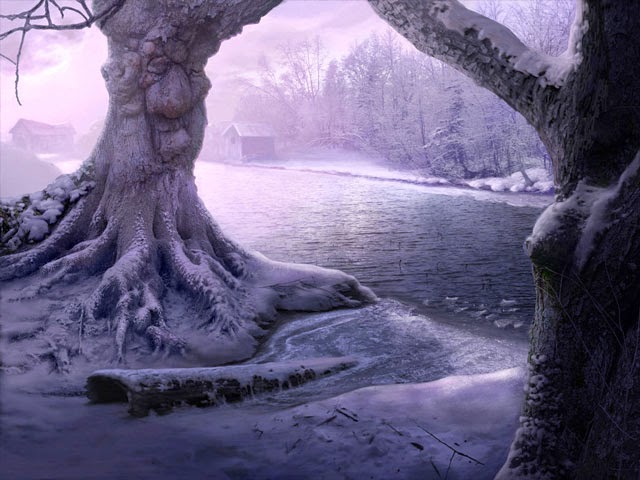 To me, hidden object games are best enjoyed in company. There’s something compelling about huddling around a screen together trying to quickly spot a well-hidden object as a timer ticks down. A good hidden object game also features some adventure game elements in it too, with puzzles to discuss over as you, as a team, progress.

For me, the Mystery Case Files game on the Nintendo Wii was one of the very finest examples of the genre for that precise reason. I have fond memories of spending many hours with family over the Christmas break working through that game. Unfortunately, Mystery Case Files: Dire Grove might belong to the same franchise, but it offers none of the quality of that Wii game, and on a handheld I didn’t get to play it with friends or family.

The most immediately obvious problem is that this was a game originally built for a nice, large PC or TV screen and then compressed down for the handheld. The hidden object “levels” work OK because the developers have zoomed the screen in. You’ll need to scroll around to find everything, and not being able to see the whole environment in is frustrating, but it is playable and possible to spot all the objects hidden within the environment easily enough. 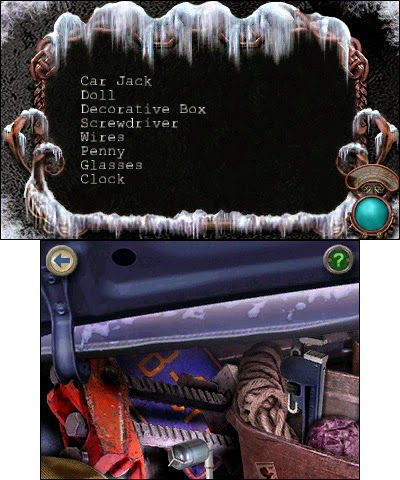 It’s the adventure portion of the game where things go very wrong. Scaled down for a small screen, environments are a low resolution splotch of vaguely horror-themed colour, and they do a horrible job of setting the scene. Worse, it’s difficult to tell what parts of he environment are meant to be interactive, and what is either static environment, or a spot for moving on to the next area. I would regularly find myself moving to an area before I had finished exploring the last one because I tapped on something I thought was an object to interactive with. It became truly frustrating.

Because the environments looked so uninspiring on the 3DS screens, the horror theme that the game aims for is largely ruined. For horror to work it needs to be believable – especially since this is a game where there’s no actual danger, so he atmosphere needed to carry the experience. The atmosphere is also ruined by the decision to use real actors for some video cut scenes. The problem with doing this is it creates a conflict between the motion, energy, and realism of video, and the static and uninspiring game elements. Consistency is key for atmosphere, and there is no consistency here.

Though Dire Grove achieves its goal of offering a hidden object game mixed with the point and click adventure genre, it fails on almost every level; it’s unattractive, inconsistent, and technically flawed. For a genre as simple as this, such flaws are unforgivable.