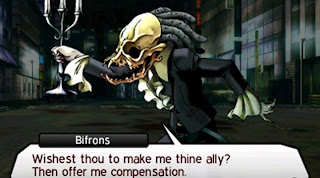 The Shin Megami Tensei series does not quite have the same reputation for brutal difficulty of the likes of Fire Emblem, though it certainly comes close and the series can be somewhat difficult for newcomers and is rooted very firmly in a lot of the ‘typical’ JRPG principles. You’ll be looting, grinding and figuring out elemental weaknesses here, and that works out just fine.

Shin Megami Tensei IV takes a bit of effort to get into initially. The majority of the characters are only marginally interesting and I never got particularly invested in them. The story is a bit confusing right out of the gates as well. It is some time before you actually get your hands dirty in combat for the first time, and when you do there is a very good chance you will wind up dying several times because enemies can pull off some pretty solid one-hit kills. This makes the opening hour or two somewhat unapproachable. Mix that with some standard JRPG tropes around plot and combat, and I can see a player getting turned off by either frustration, confusion or just the feeling of ‘been there and done that’.

All of that being said, if you stick with the title for a bit, you find a game that actually has several very rewarding systems in place, and a handful of cool plot twists that made the story itself interesting to me, despite characters that continue to fall a bit flat throughout. 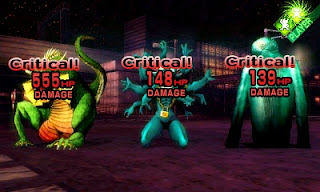 Combat is a turn-based affair, but the system has some variance in it based on character agility and whether or not your attacks are completely nullified – or hit a weakness. Things like striking a weakness or landing a critical blow can earn your team an extra swing before the enemy gets a turn. Conversely hitting an enemy’s strong element can give them the upper hand. These variable actually make combat a bit more interesting than it first appears. Thankfully, there is also an automated combat mode that just has your characters swing for the fences over and over again, helping you coast through common combat without having to stop and enter a ton of commands.

The real treat however, is the collection of demons. You can engage in conversations with demons. They will ask you questions and make demands of you several times per conversation. Navigate that maze of discussion, and the results could range from getting an item to the enemy fleeing to actually getting to recruit the demon to your cause. Your team is made up of your protagonist, sometimes an automated companion from your group that fills a sort of ‘fifth spot’ – while you use your collected demons to fill out the second, third and forth spots on your team. There is also an option you unlock early on to create new demons by merging ones in your party. Sometimes talking to a demon in combat will also yield quests – most of which pit you against powerful demons you have to track down and kill. Once you have, you can create them to add to your roster as well. Creating one of these very powerful, rarer demons is a lot of fun and gives you a nice sense of accomplishment and power. 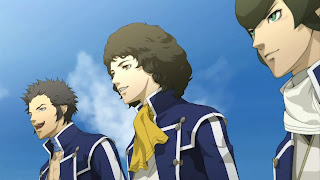 You will do some grinding – it is pretty much inevitable from my experience. That being said, the levelling system has a handful of interesting hooks in it as well. You not only gain experience, but so do your monsters. As monsters gain levels, they can sometimes be used in different creation combinations than were available at their lower levels. They can also earn new skills, and when they do – your character has a chance to learn skills from them. If you already had one of those skills, that skill gets a slight bump in effectiveness also. On top of all that, there are points you can earn each time you level, called App Points, that you can use to unlock specific perks, like adding additional skills, summoning monsters for cheaper or even learning how to talk to some monsters in their native language.

The 3D effects in here are pretty strong – this is one of the few games where I did not play it with 3D turned up all of the way. The cinematic scenes look really good, and the world itself as you explore has a good deal of detail to it. The interactions with demons and the way you move about in a third person perspective, swinging with the press of a button to try and initiate combat, had some similarities to Persona 4, which is one of the finest JRPGs ever made, of course.

Despite stumbling out of the gates early on, Shin Megami Tensei IV turns out to be a very entertaining JRPG title for the Nintendo 3DS, and is definitely worth a look for fans of the genre or the series itself.