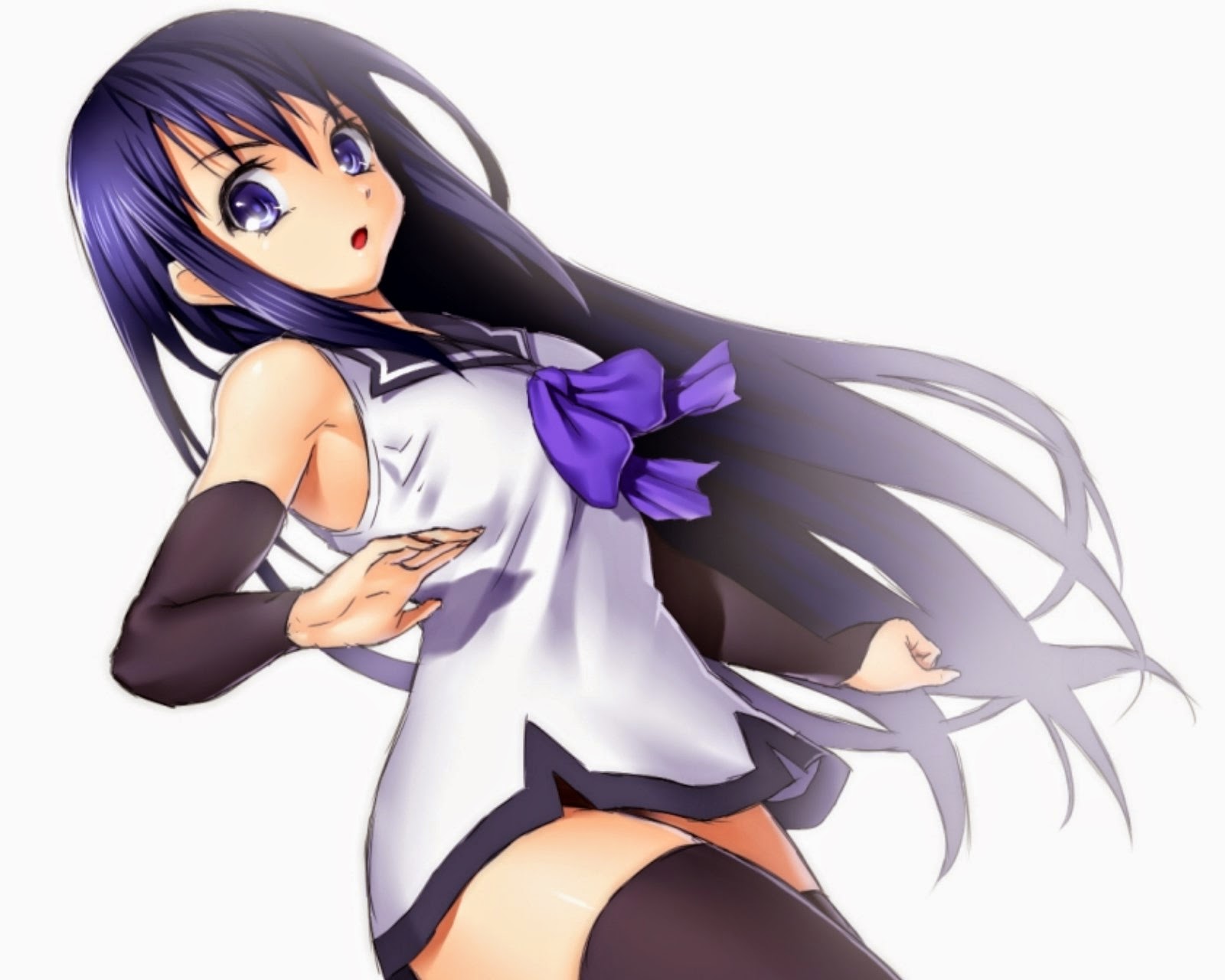 You wouldn’t be too wrong to assume that the only thing the horror and school romance genres share is a similar name. Lighthearted romances and terrifying carnage don’t mix well at all, but then mangaka Lynn Okamoto proved us all wrong with Elfin Lied back in 2002. Now he’s back and at it again with Brynhildr in the Darkness, recently adapted to anime by Arms.

The premise of Brynhildr is one shrouded in mystery – a boy, Ryota, devotes his life to finding the existence of aliens after a mysterious and tragic accident which cost the life of his childhood friend, Kuroneko. Ten years later and in high school, he visits the local observatory after school to search the galaxy for answers. One day, a girl looking exactly like Kuroneko transfers into Ryota’s class, wearing a strange self-made school uniform and introducing herself as Neko Kuroha.

Throughout the first episode we get glances of school comedy, mystery and sci-fi, hinting at some dark events in the future. It turns out that Kuroha is a magician with powers to alter reality, and she has connections with Ryota which are unexplained. She has been experimented upon, with an instalment on the back of her neck as proof. She’s also a bit of a airhead, understanding complex scientific knowledge while not knowing her multiplication tables. Very little about her is revealed, and there’s opportunity for the plot to develop in a multitude of directions. 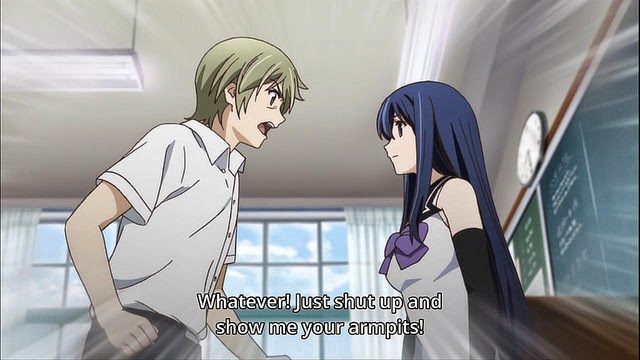 Oddly, there is no violence save for a few cutaway scenes showing blood in the instrumental opening theme. This is a stark contrast to Elfin Lied, which opened with one of the most violent and gory sequences to have been animated at that point. It’s odd that after violence in anime has become more commonplace, Brynhildr would choose to go without it, at least in the beginning. While the opening sequence depicts a desolate ruin, the ending theme is cutesy with the main heroines enjoying themselves amid colourful backdrops. It’s something which wouldn’t look out of place in a straight harem anime, and I just know it’s going to bother me when the show’s drama really starts ramping up.

So my impressions? Mixed signals everywhere. Between high school comedy and sci fi mystery, I have no idea what to expect from Brynhildr in the Darkness. I would assume that the anime will take a turn for the terrifying soon, on the basis of its author. I only worry that this inconsistency will plague the series’ entire run, because Brynhildr’s premise is otherwise something very promising.