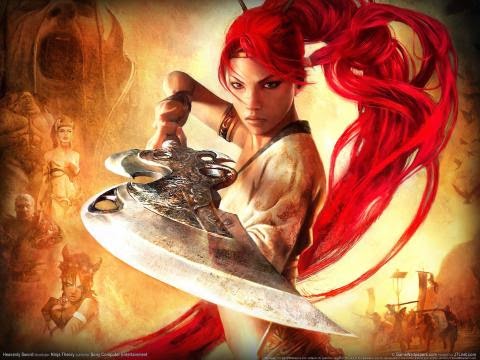 List by Matt S.
Everyone likes a top-10 list. They’re a bit of fun, and always good for discussion. And so every so often we pull together a “top 10” list. These are here for fun and laughs – we’re not pretending that we’re the authority of good games taste in the world and this is purely the author’s preferences. Agree with him/ her or not, it’s all good.

It’s difficult to find interesting female characters at times in this industry. Despite the growth of the industry and the ever-increasing number of female gamers, we do tend to still see female characters that have limited characterisation or are unnecessarily sexualised, or presented as subservient to male characters. Still other female characters conform more closely to a male role.

But there are some examples of female characters that maintain their femininity while also being interesting characters and remaining free of objectification. Are there any characters we’re leaving off this list? Let us know in the comments below!

Jade (Beyond Good & Evil)
Jade is often listed as the finest example of a female video game hero, and with good reason; here’s a character that simply exists as a female character. She has a normal-sized chest, wears pants, and runs around a world solving puzzles and beating up on enemies.

What’s so admirable about Jade’s writing is that players are not constantly reminded that they’re playing a female character. It’s naturalised and a simple part of the game. That is very rare in an industry that constantly likes to point out to players that yes, women are women. 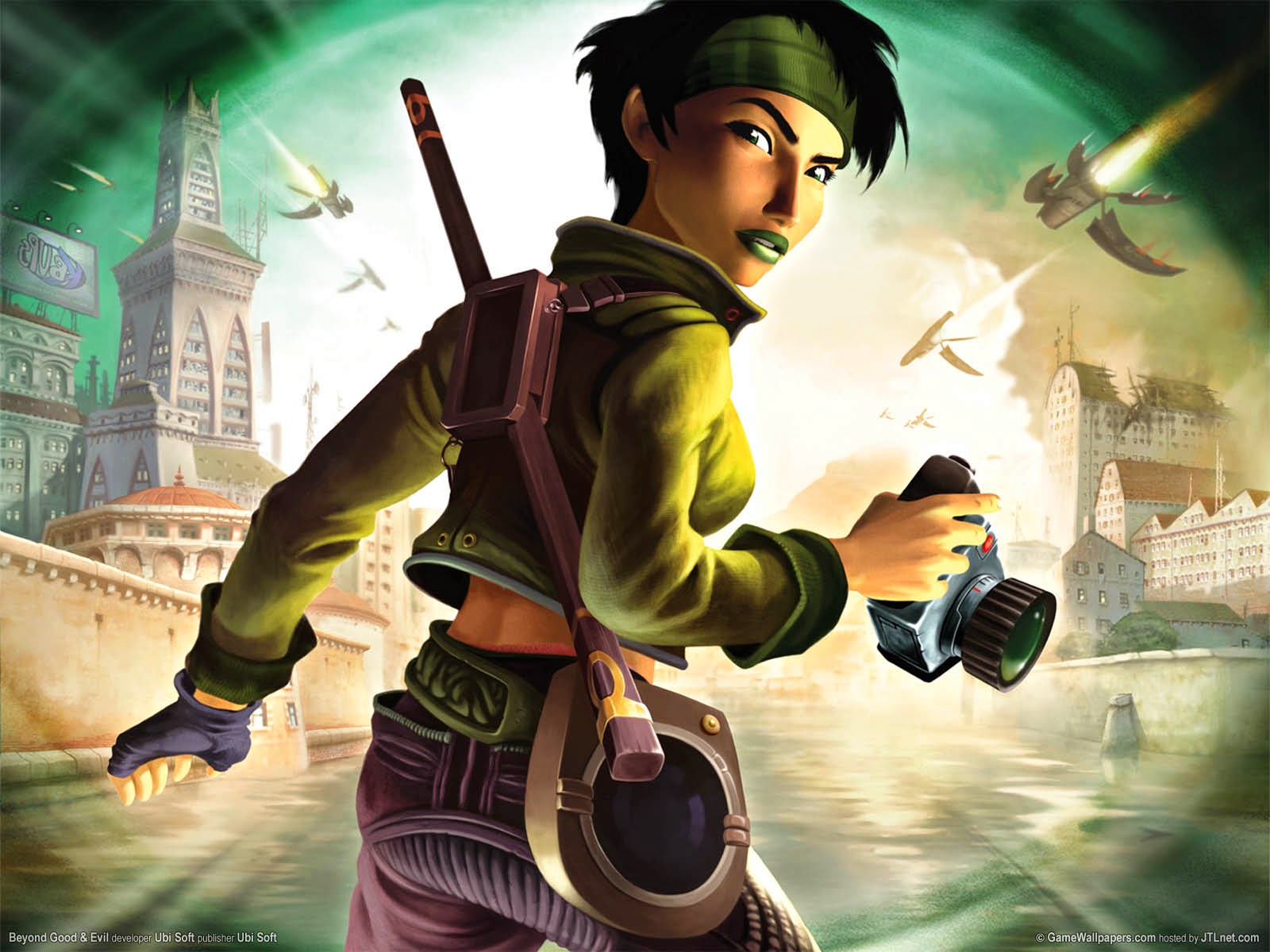 The horror genre is well known for being exploitative with female roles, and while Haunting Ground is certainly guilty of that to an extent, there’s also a resourcefulness and strength to its lead, Fiona Belli, that resists the tropes to a great extent.

What impresses me about this game is that the mechanics themselves support a feminine kind of strength that means that Belli doesn’t need to adopt a masculine sense of heroism. Her relationship with Hewie, the dog, represents a nurturing strength and resourcefulness. She doesn’t need to be as physically powerful as the horrors chasing her because she has the ability to avoid them entirely. Fiona takes on her horrors in a way a traditional male hero would never attempt, and that’s compelling. 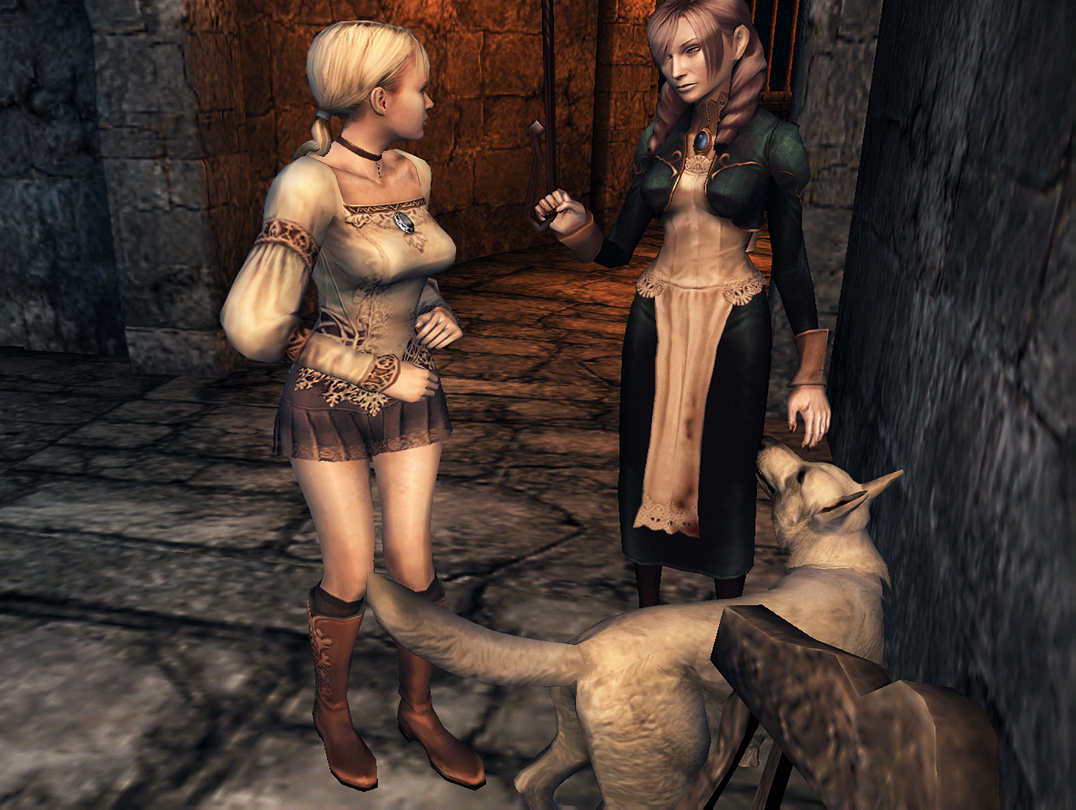 The complete opposite of Fiona Belli, the female Shepard proves that a female military character, voicing the exact same lines that players would experience if they had selected a male characters, can be every bit as effective and believable as her male counterpart.

Shepard, over the course of the Mass Effect trilogy, really does develop a gravitas where the entire universe seems to revolve around her. With such a role within the narrative, even the slightest moment of odd characterisation would destroy that gravitas. It’s credit to the developers that over the 100+ hours of gameplay, there isn’t a moment of weakness in Shepard’s character, whether that Sheppard happens to be male or female. 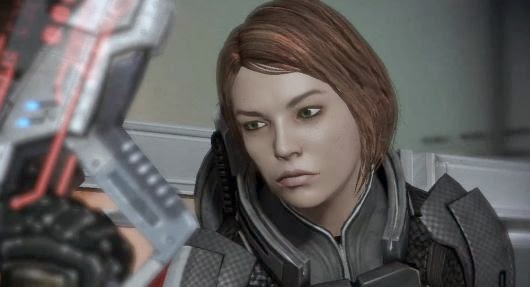 Lightning’s series might be a controversial one among the more traditional fans of Final Fantasy, but the character herself is superb. On a philosophical level, Lightning represents all kinds of theme, some of which I outlined in my review of Lightning Returns.

But on a general level, Lightning represents a tough kind of love; she’s a powerful, determined warrior, but she’s one with a strong sense of family and a protective instinct for those around her. The fact she then becomes the designated saviour of the entire world, and its only hope to ward off complete annilhiation is then appropriate to the character. 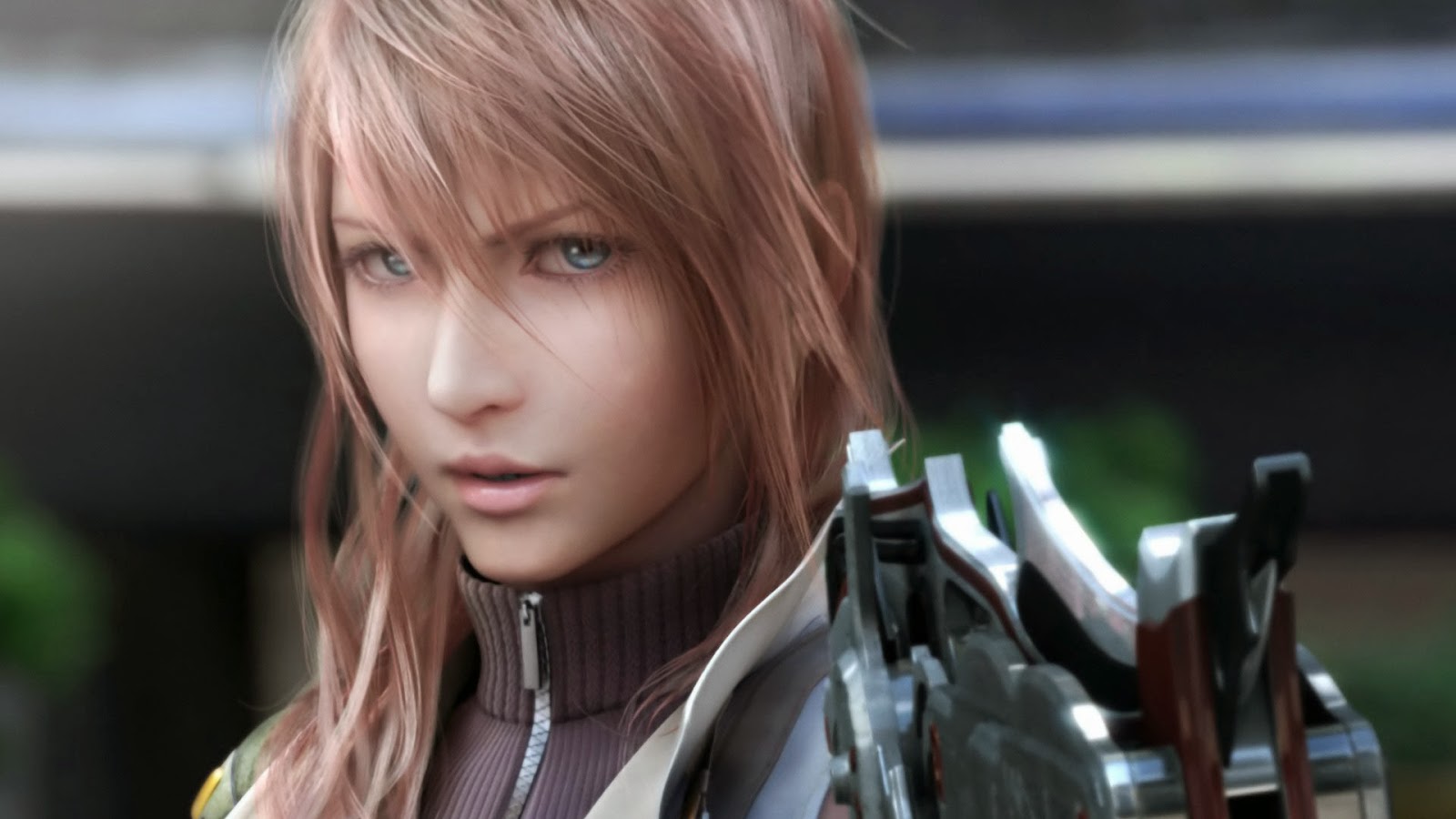 Alice is both crazy and quite violent, but she’s also a genuinely compelling reworking of the traditional Alice myth. With the entire world around her being a product of her imagination, everything within Madness Returns is literally the character.

I can’t think of another game that is so completely about a single character. So the fact that the game is so compelling is proof that Alice herself is a compelling character. 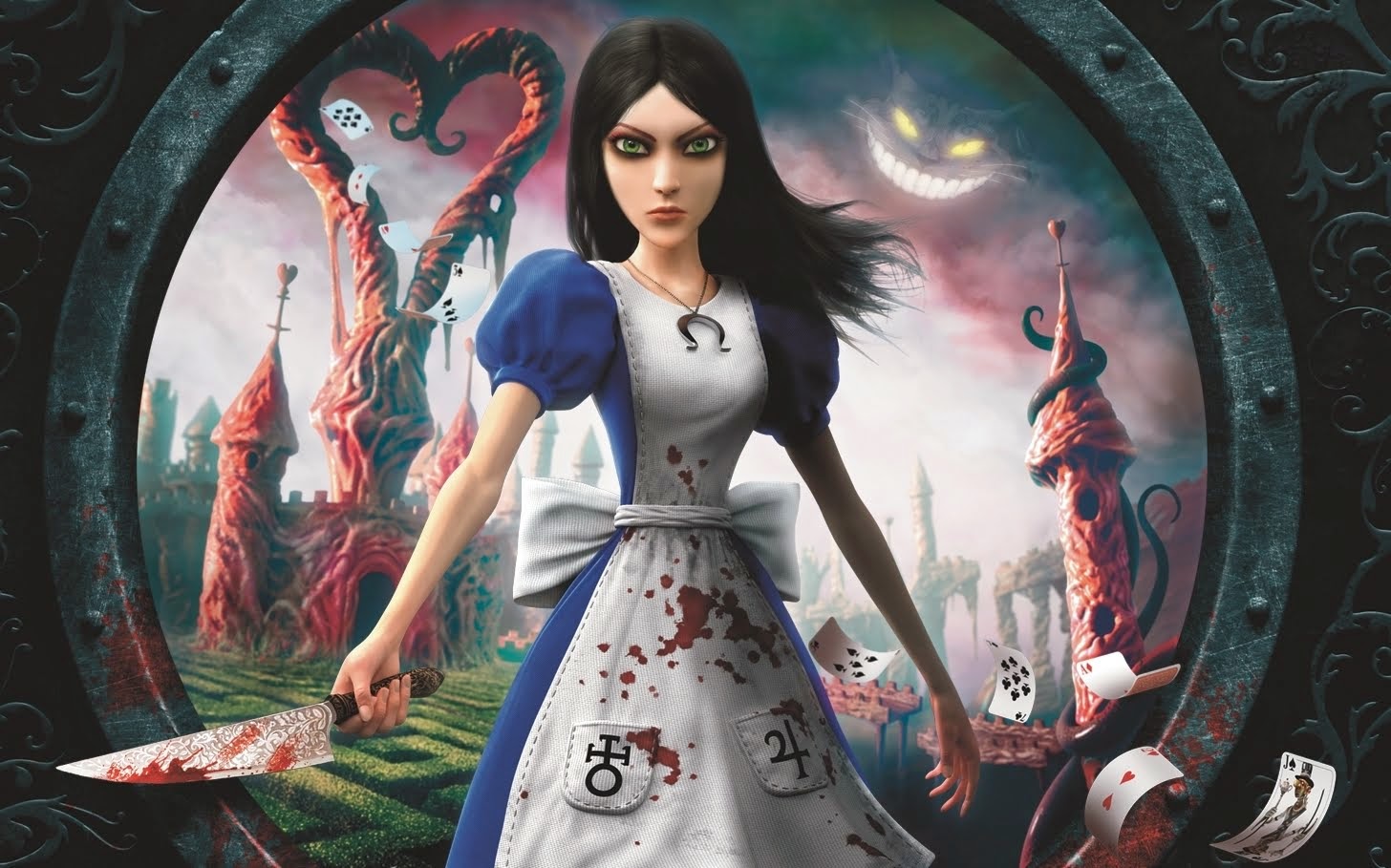 Nariko is another strong warrior woman, with blades of death that would happily go toe for toe with God of War’s Kratos… or any other muscle-bound hunk, really.

There’s a tribal quality to Nariko’s fighting style that is both visceral and elegant. Where a fighter like Kratos is pure aggression and raw masculinty, Nariko floats through her fights as though she’s dancing. It’s every bit as effective as we’ve seen in other action-based games like God of War, but it has a fundamentally different feel and flow to it, and that makes it compelling. 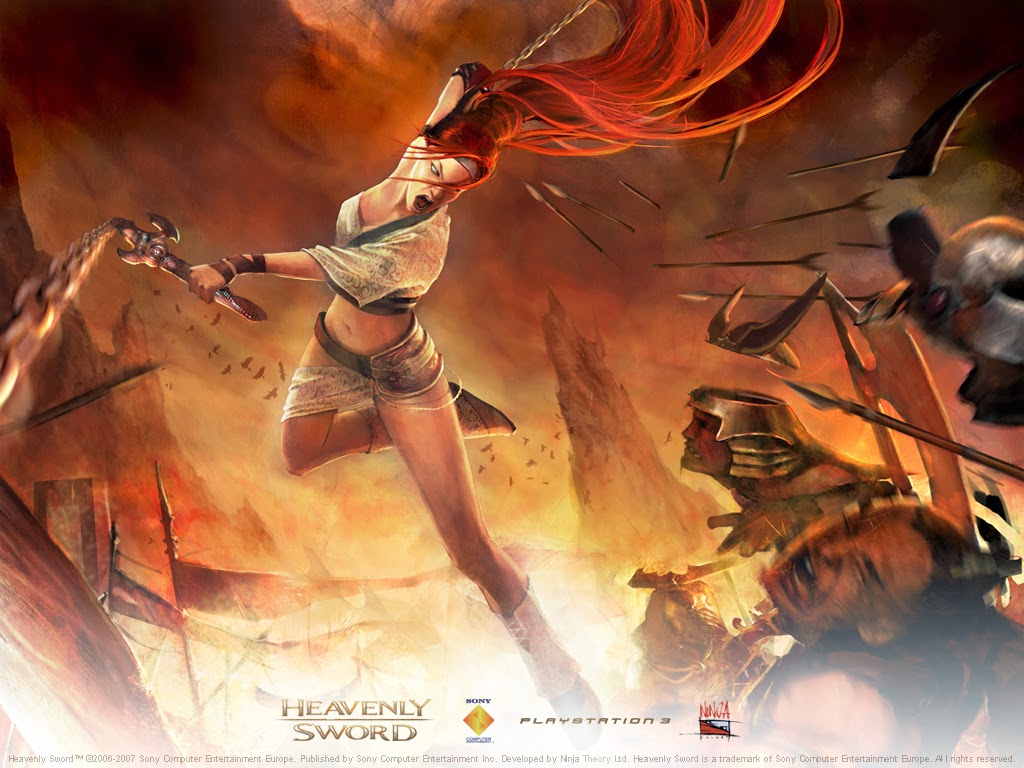 Jodie (Beyond: Two Souls)
David Cage knows how to write a compelling character, and Jodie, as voiced by the wonderful Ellen Page, is one of the most interesting female characters ever written. Unlike so many other female heroes, Jodie is humanised, with very real fears and strengths.

Because players interact with Jodie in some very mundane ways at times (pressing a button to have Jodie open a door, for instance), they quickly build up a bond with her, which makes her emotional highs and lows have all the more impact. 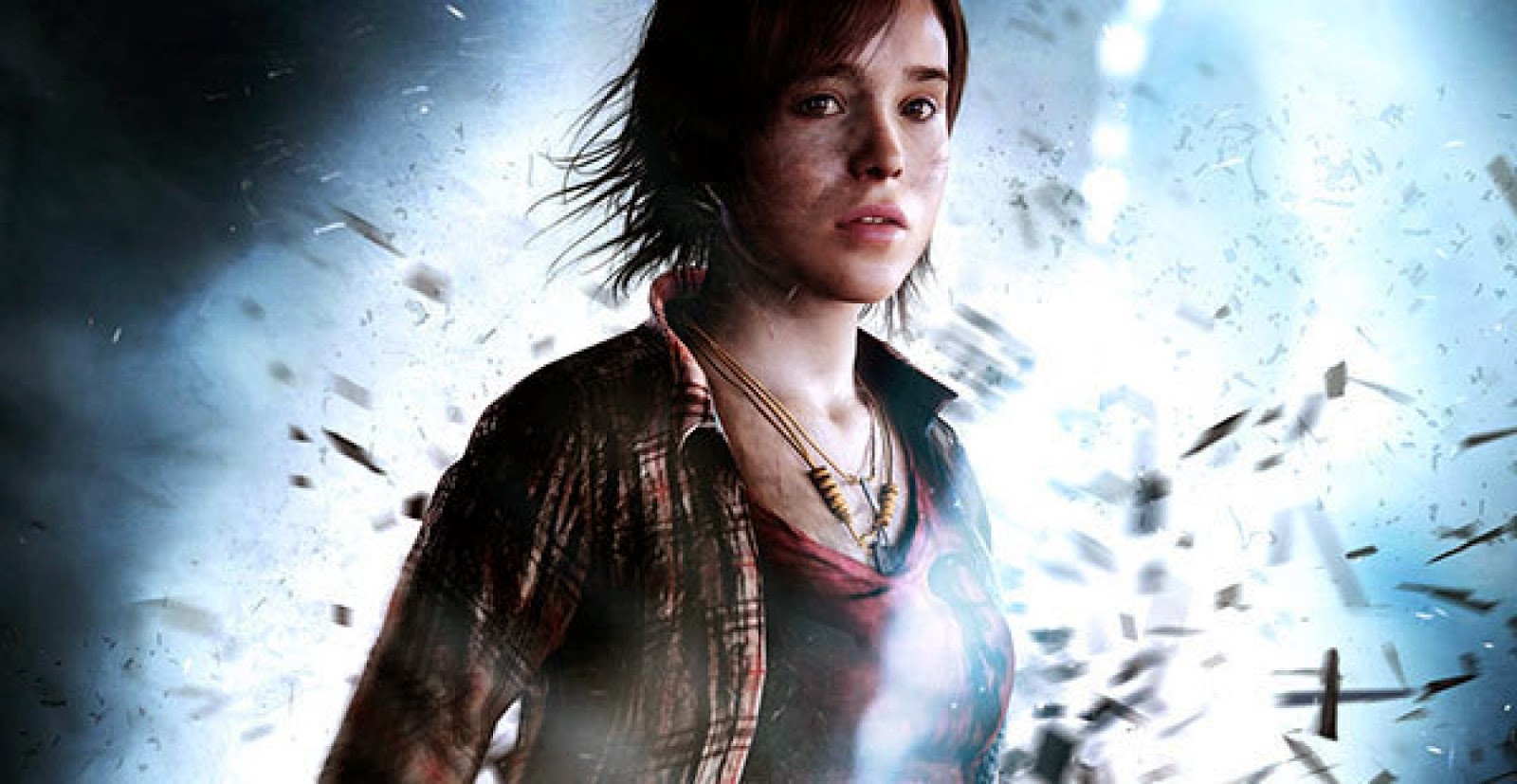 Hatsune Miku isn’t really a game character; she’s a character designed for some serious music software, but she’s appeared in some games, so I can add her to this little list.

Hatsune Miku has developed a personality of her own thanks to the thousands of songs that people have created for her, and she represents a democratic kind of music making that makes her one of the most important characters ever created. 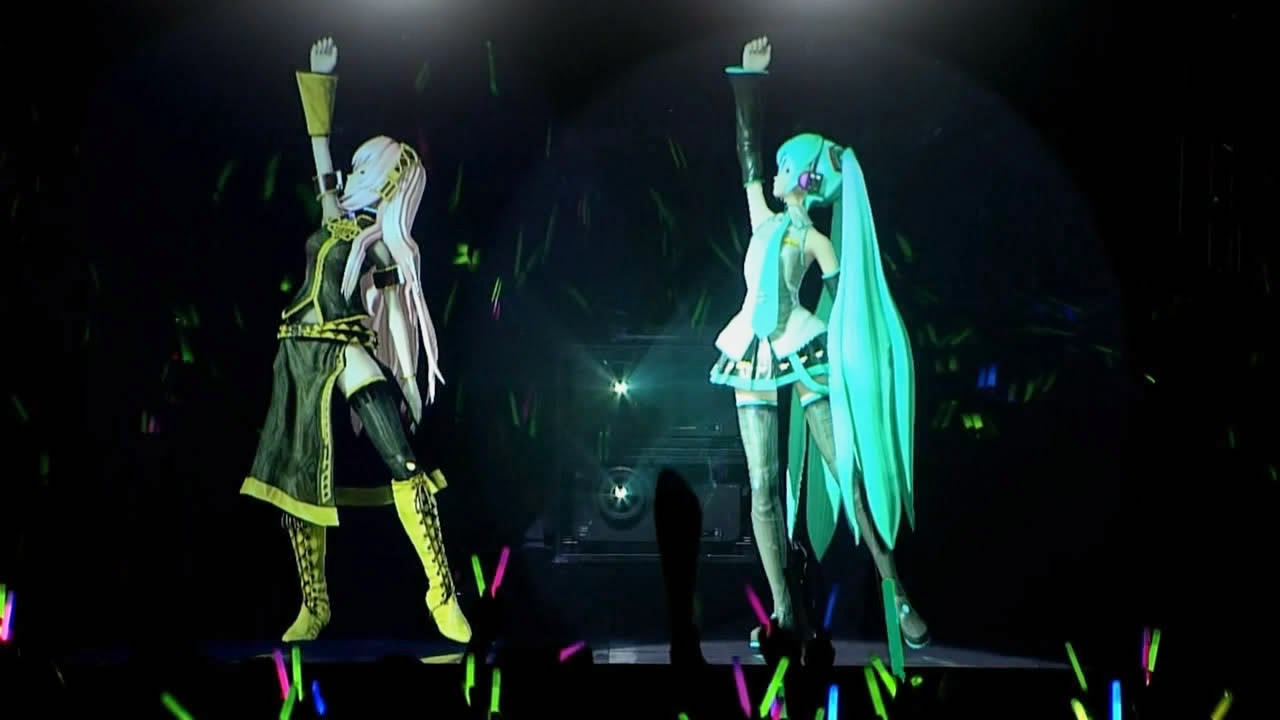 Faith Connors (Mirror’s Edge)
Faith Connors is useless with weapons. This isn’t a problem though, because she’s incredibly quick on her feet, and in the free running Mirror’s Edge, Connors generally has a non-violent way to fight against the evil political power that has taken hold of society.

Effectively a non-violent protester at a time where in the games industry the solution to a most minor of problems is wholesale slaughter, Connors represents a more positive and healthy solution to conflict. 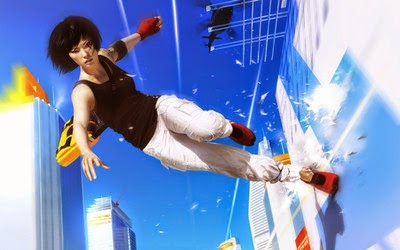 Juliet Starling (Lollipop Chainsaw)
So many people jumped to conclusions of Starling’s character based on her appearance in promotional material, but in practice, she’s represents a criticism of female roles in traditional games. In every step of the game, Starling turns expectations on its head. A cheerleader? Clearly she’s going to be exploited constantly, people thought. Except that she’s presented as more intelligent and powerful than any other character in the game.

The fact that Starling’s boyfriend, a footballer, is reduced to an physically useless head without a body, and completely relying on Starling for survival, is also a reversal of expectations. It’s the kind of post-modernist character design that we hope to see more often in games in the future. 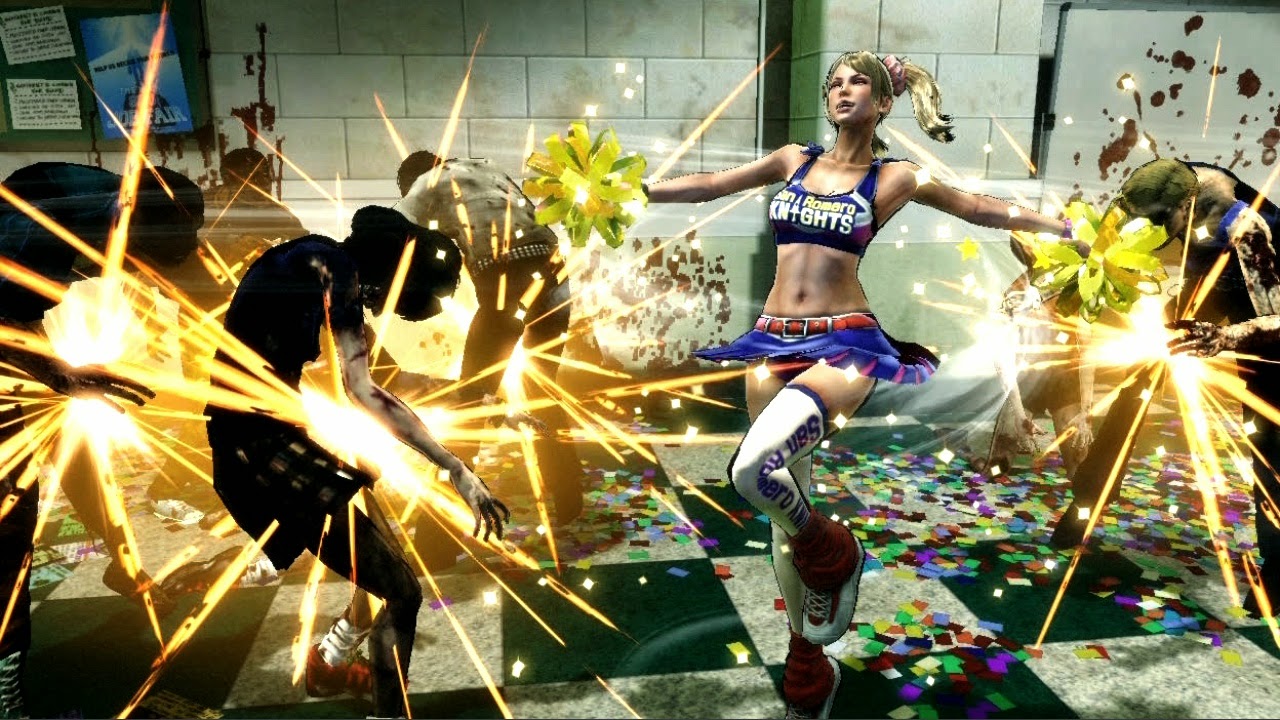 First Impressions: Is the Order a Rabbit? (Anime)