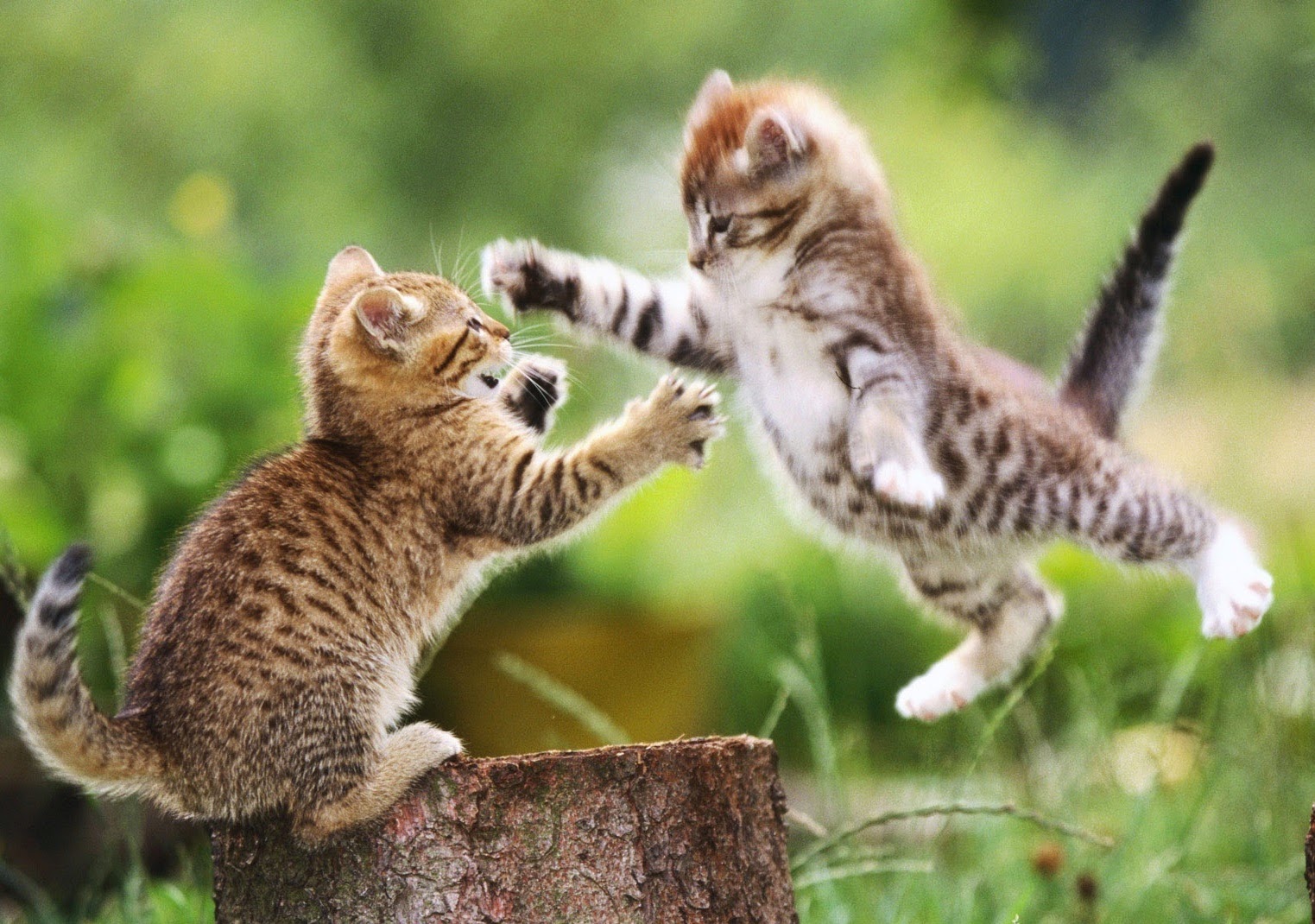 Smash Cat Heroes is a new release to the Nintendo eShop and it’s a decent take on the button-mashing side of the action RPG genre. Mainly as the name implies, players smash (hack/slash/launch) their way through dual screen environments while fighting against hordes of incoming cats.

The base design of the game is a simple one that works extremely well. Players select a hero cat, a level, and pull out all of the stops until they’ve defeated the level’s boss! To start with there are three possible warrior cats each with their own play styles, abilities, and storylines. Each cat has different stats, weapon styles, and abilities that makes each a different experience to play with.

Once a cat has been chosen for the adventure, the game brings up the level selection screen, and it’s here that you’ll notice that there are additional features to fit in with the “RPG” experience. Some of these options are not available until after the first few battles are over, but are going to be your best friends as the game progresses. 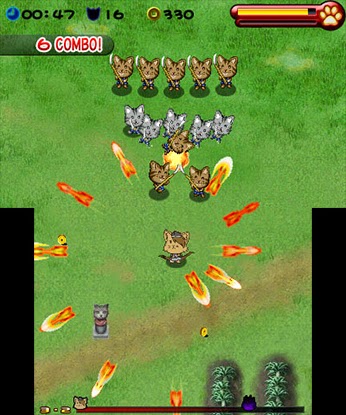 The first is the option to buy upgrades for the cat’s HP, attack and defences, right through to how many items it can equip. Implementing this kind of system to purchase upgrades instead of obtaining experience through defeating enemies and not being able to control how the character’s power increases following a “level up” makes for a game that is much easier to manage, and you’ll feel like you’ve got more control over your hero’s development. Being able to do this allows you to target the area that your character is weak in and strengthen it.

The second feature is the ability to equip items that grant the cat boosts of varying degrees. Items can be gained by meeting challenge requirements in levels which not only helps to gain advantages in battle but also enhances replayability as it could take several attempts sometimes to meet the challenge requirements. Challenges break down into one of three things: beat the level under a certain amount of time, reach an X combo during the mission, or defeat X number of enemies. Going out of your way and obtaining these rewards can change a level from being near impossible to being manageable. 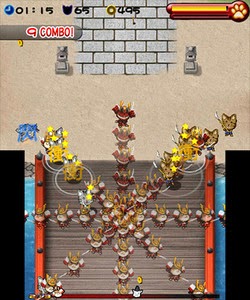 The game’s levels utilise both 3DS screens to create one long screen that can be moved between almost seamlessly. For the game itself Smash Cat Heroes is quite simple; it’s about smashing through waves cats with no reason. There’s a simple narrative to try and contextualise the action, and it’s surprisingly entertaining despite being entirely silly and explains why your cat hero is fighting hordes of cats from the clans of mewmew and kitte (yep, if Tolkien were still alive he’d be worried alright). On the plus side, while the narrative might not be a literature classic, there is loads  of replay value; one of the best things about the story of each cat is that once you finish the quest of any of the start you also unlock another playable cat for a new experience.

Smash Cat Heroes is a decent little game that packs multiple challenges. It might not be a classic game that will be remembered in the years to come, but it’s good fun.