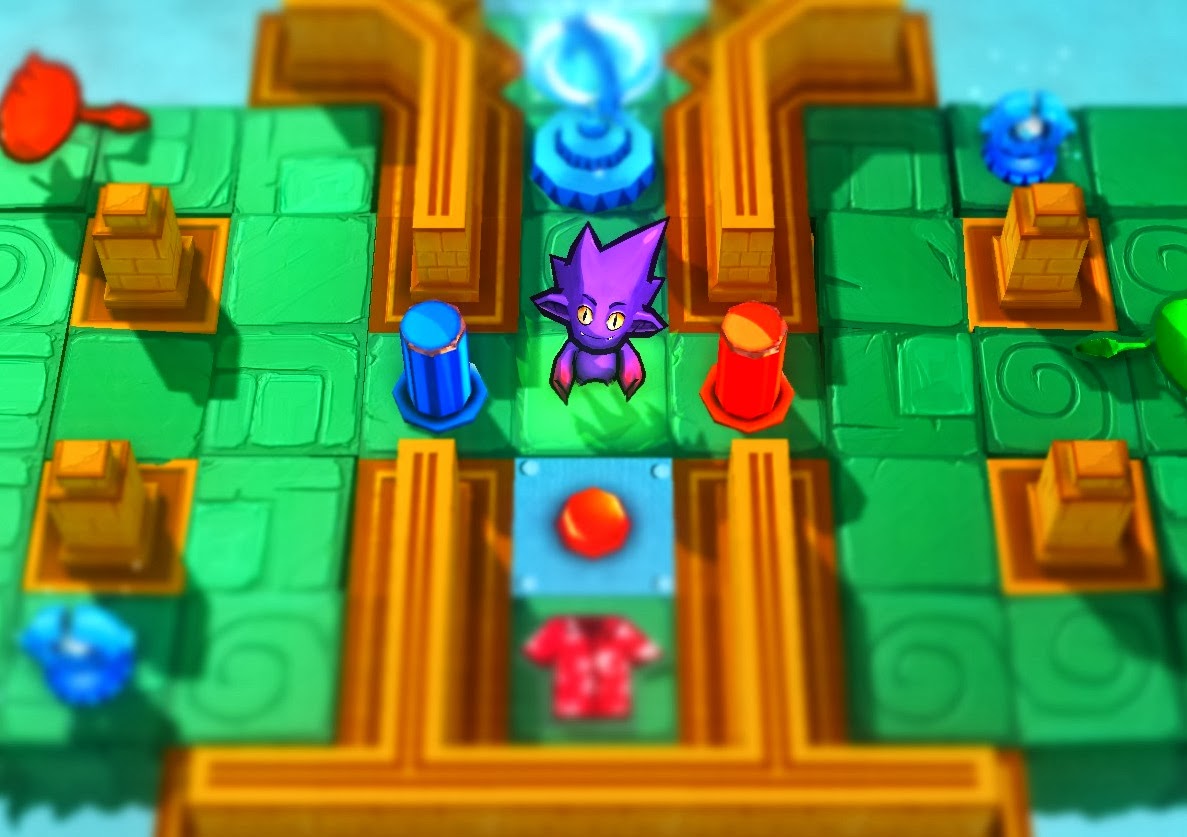 There’s a lot to love about the original Chip’s Challenge, even after all these years. It’s a very simple game, maybe even to a fault, but along with its simplicity came a sense of charm and purity. Developer Chuck Sommerville wasn’t concerned about a story, or holding your hand through an unnecessary tutorial. Chip’s Challenge was perfectly content with letting the player figure things out on their own, and it was all the better for it.

Unfortunately, the same can’t be said for Chuck’s Challenge.

(For a second opinion of the game, check out Clark’s review)

This time around, you won’t be playing as high-school nerd Chip McCallahan, but rather his aforementioned creator Chuck, who’s been captured by an interdimensional monster and been forced to create new puzzles to solve. Yep, it’s one of those thinly-veiled premises that you hear so much about, but the problem this time around is the how unnecessary and half-baked it all is. The dialogue between Chuck and his captor, Woop, is boring and grading, and while you can skip a lot of their interactions, it begs the question of why it was included in the first place. The game doesn’t even employ proper voice acting, rather opting for incomprehensible chirps and blurbs reminiscent of the N64 era.

The game doesn’t hold up its end on the technical front either. Chuck’s Challenge was originally released on Android devices, and its mobile roots creep through in its transition to PCs. Graphics are what you would expect for an app store game; full of colour but still devoid of any originality and charm. There are few options to tinker around with for PC players (resolution and fullscreen/ windowed options are all you get) and while the game supports a handful of control schemes, none of them work as well as you would have hoped. 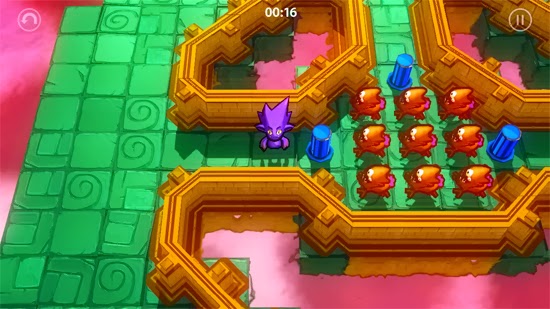 I opted to play with an Xbox 360 controller, and it proved much more of a hassle than its worth. Remapping keys wasn’t an intuitive process, and half the time I couldn’t get the controls to work, forcing me to constantly jump back between the keyboard, mouse, and gamepad just to navigate menus. None of the controls are explained in the game’s tutorial either, which will have you wondering why one was included in the first place.

Yet above all else, what disappoints the most are the puzzles themselves, which really haven’t evolved that much since the last game, which (need I remind you) came out 25 years ago. Levels consist of you collecting necessary objects in order to open the exit, and environmental obstacles range from enemies that you’ll have to avoid contact with, and moving blocks that you will push around in order to clear a path. Hazards such as fire, ice and water can be conquered with a corresponding item, but the lack of variety in the level design won’t help in keeping your attention. This time around you can undo moves with the press of a button, and although this might sound like a godsend, I found that it removed any sort of consequence from the game. Rather than carefully planning your moves, or deciding what blocks to push in what order so as not to barricade yourself, you can simply work through puzzles by lazily brute forcing it.

While puzzle fans and veterans of the original Chip’s Challenge might be tempted to have a go at the long awaited sequel, the sad truth is that Chuck’s Challenge isn’t nearly as engaging as it should be. While the puzzle genre has certainly seen improvements over the many years, Chuck’s Challenge is content with slapping on a coat of paint onto a 25 year old game, covering up what little charm the series and instead replacing it with tired level design wrapped in an uninspired package.

The Interactive Canvas update: Kellee Santiago to participate in the interviews