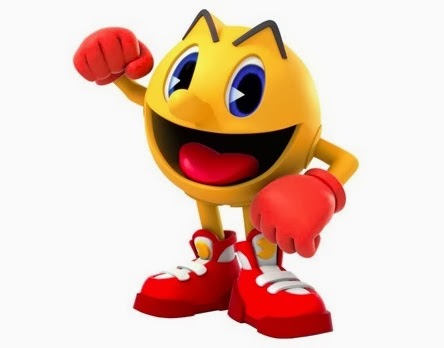 The idea behind a collection of classic games like Pac-Man Museum is to capitalise on a long term nostalgia from the game’s original fans. Most of these packages reflect not on an end goal such as ‘beating the game’, but instead competing for the highest score and sharing those scores with your friends – adding fuel to the competitive fire, but it’s something that more modern gamers don’t necessarily understand.

In the package, you of course are get the legendary Pac-Man game that started it all, but additional titles such as Super Pac-Man, Pac-Land and Pac-Man Battle Royale are built in to help flesh out the offering, which is trimmed up with some nicely themed menu screens and stamp books that serve as additional challenges for each of these titles.

Some of these games were immediately familiar to me. Of them all, I probably had the most experience with Super Pac-Man, which used to sit in a pair of arcades that I frequented as a kid. One was a somewhat nearby party store, and the other inside of a Chuck E. Cheese’s we would sometimes visit. I got really good at that one. While it was thoroughly enjoyable taking a trip down memory lane with some old favourites, what was really surprising to me was how much Pac-Man history I had not played over the years. 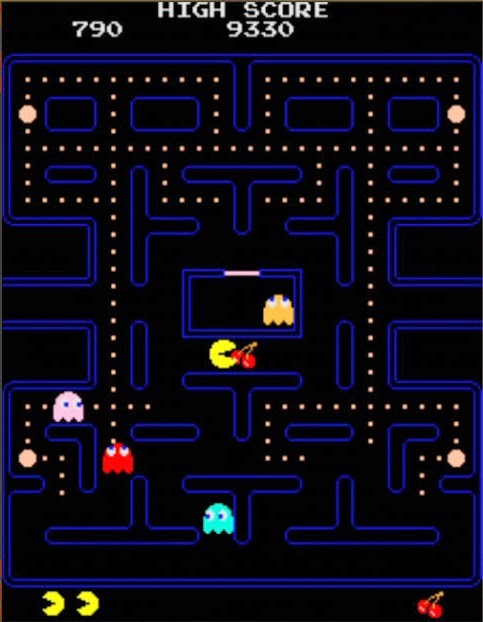 The more recent Pac-Man Championship Edition had been a living room hit with my family when it released, but the variety of these other titles was pretty amazing. One of the titles called Pac & Pal involved an AI friendly ghost that tries to help you out. Never having played it before, I was a bit surprised when I realised that little guy was actually helping me to pick up items I was struggling to get because of the other hostile wandering ghosts.

I had seen Pac-Mania before in images, but had never actually played the game. It as a sort of LEGO-like 3D aesthetic that introduces a jump option and slower paced gameplay. There was also a Battle Royale game where the opposing Pac-Men try to eat one another in a competitive twist to the maze wandering original.

A couple of the other titles included help to add some variety to the package. If it was strictly ten games of wandering around a maze, that might get redundant. Pac-Attack is a sort of Tetris style stacking puzzler game. It confused the heck out of me the first time I played it, but I admit I was pretty hooked by the time I had the mechanics down. Equally surprising was Pac-Land. Similar to Pac-Mania, I had seen screenshots of this 2D platformer before, but never played it. Considering it dates back to the mid 80’s, it should not be a big surprise that the game is somewhat simple in design, but also effective. By now most of the games are probably familiar to you, and if they are not, hopefully the descriptions above give you an idea of what they are like. The key I would like to focus on is how the compilation itself is handled. Many arcade cabinets were vertically tall, and as a result the games themselves are at an aspect ratio quite different than our current widescreen televisions. Namco Bandai does a good job of trying to fit the game screens in. If the game happens to be horizontally designed, like Championship Edition, it expands appropriately. If we are playing something with a vertical orientation, you get a nice simple background with a splash of Pac-Man art behind it.

There is a good deal of care and attention that went into this compilation, though there are a couple of smaller missed opportunities here. It feels like there could have been some more control options outside of the very basic ones such as number of lives. Some artwork or additional information about the games would have been fun as well, especially as an opportunity to represent the history of the venerable franchise.

Still, this collection has an interesting and well-rounded selection of games centred on a video game icon many of us grew up with. If you have fond memories of the little yellow gobbler, this is a really good collection of games. It does not cover everything, such as the DX+ version of the Championship edition, but what is here is enjoyable. Most of the games have aged well and that is a pretty good testament to how great these titles were in the first place.