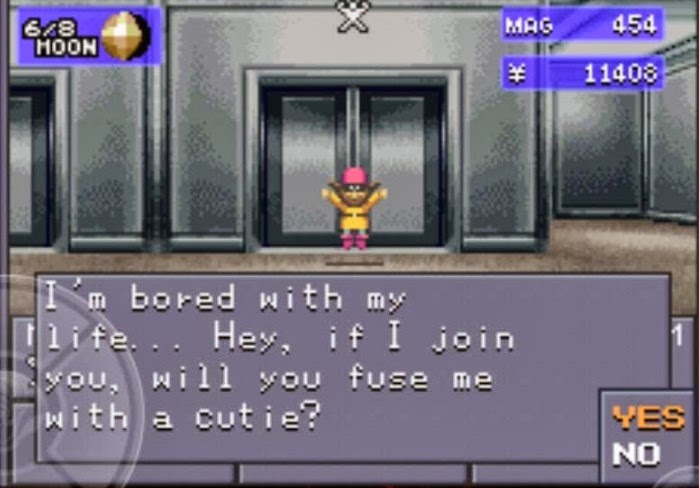 Good news, Atlus fans! The original Shin Megami Tensei, released many years ago now in Japan (22 to be exact), is finally being localised for the western audience. Yes, there are fan translations out there, but this one is a proper localisation by Atlus, and we all know how good that company is at localisations.

There’s just one catch – it’s an iOS game, rather than a port to consoles. That catch is probably going to annoy a certain section of the community, but for those of us who have adapted to playing games without buttons, this is going to be a 40+ hour RPG that’s going to stay on our phones for some time to come.

The plot, as outlined by a press release:

Step away from clear notions of good and evil, right and wrong. There are demons in the world, but whether they are ally or enemy depends on player actions. In Tokyo 199X, a mysterious murder leads to the emergence of demons and an escalating global conflict thanks to the rise of a charismatic rebel leader in possession of a demon army, and external forces that wish to crush such threats with extreme measures. As the protagonist, players have an unusual ability (via computer program) to communicate with and recruit demons to fight for them. As they collect demons, the program will allow you to store, summon, and fuse them to create the right team to negotiate the ever-changing balance of powers, and fight for the kind of world you ultimately wish to live in.

And now, a trailer:


This is going to be awesome. It’s going to set you back a relative premium for iOS at $7.99 (I can just see the complaints now – $8 for 40 hours of entertainment?!?! How DARE Atlus be so greedy! Gimme more games for free! FREE!), and it released on March 18, so you don’t have long to wait now.