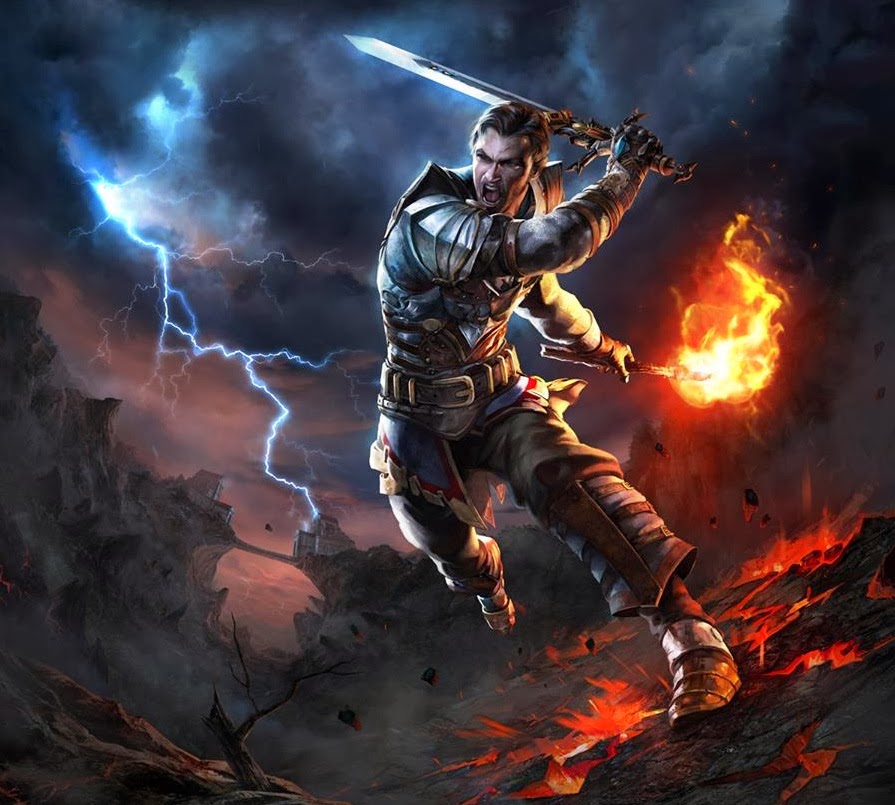 News by Matt S.
Sitting underneath Skyrim, Dragon Age and Mass Effect is a “B-grade” of western RPG development. These games are always ambitious projects, where inevitably budget constraints mean the games simply can’t compete with the big guns. If this were the film industry, the B-grade RPGs would be the barbarian fantasy films of the 80s.

B-grade RPGs include Two Worlds II, ArcaniA, Of Orcs And Men and Risen. I’ve actually enjoyed all these games despite their limitations, so the fact that B-grade genre masters, Piranha Bytes, has just announced another game in the Risen franchise has me excited indeed.

Due for release in August on the Xbox 360 and PlayStation 3, as well as PC (seriously, why did I get a PS4?), Risen 3: Titan Lords promises to continue the franchises’s large, open worlds and swashbuckling theme.

From the press release: “The world of Risen 3 is abandoned by all gods and suffers from the Titan Wars when a new threat rises from the soil. A young warrior is attacked from the shadows and deprived of his soul. He sets off to reclaim what is lost amidst the darkness that is spreading throughout the world. The banned Mages could be powerful allies on his quest. To get their help, he needs to find the Mage sanctuary on Taranis, also known as the Island of Thunder. Protected by the Guardians, the Mages search the mines of Taranis for crystals loaded with magic energy. Will the player join the Guardians to get in contact with the Mages? Or will he choose one of the other guilds in Risen 3 to reach his goals?”

The game is to be published by Deep Silver and the website can be found here.