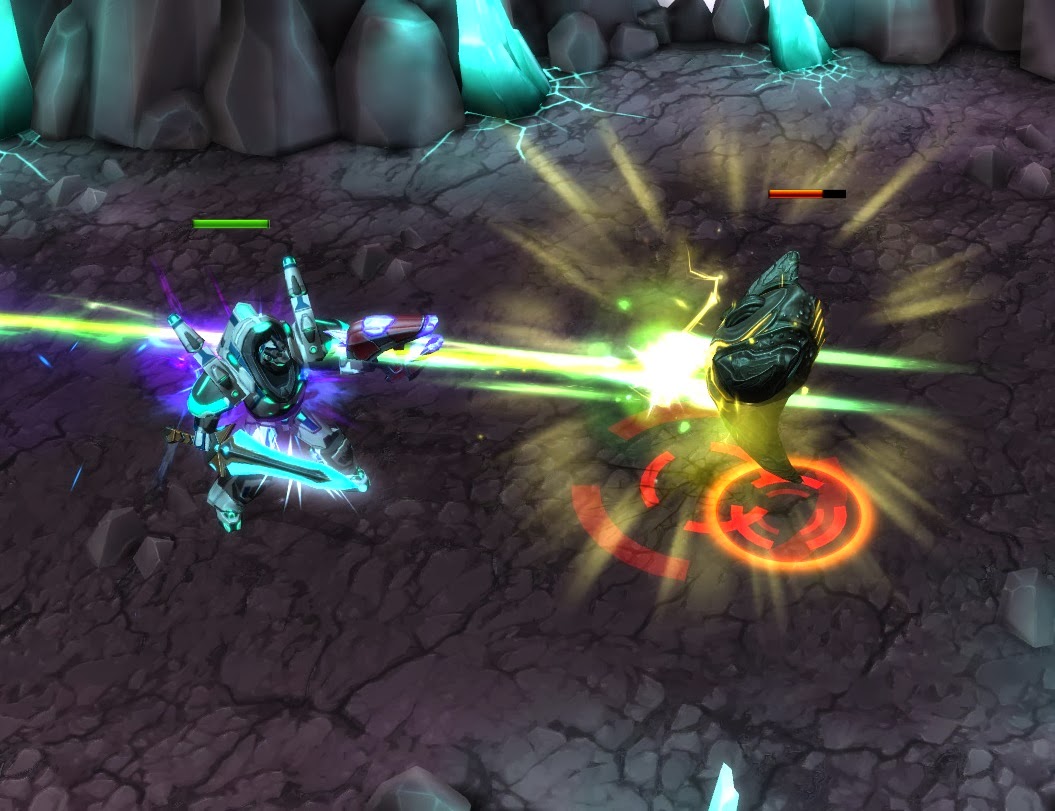 The world first saw Echo Prime as a premium price iOS title from Robot Entertainment, a studio that developed titles like Orcs Must Die and Hero Academy and are made up of former employees from Ensemble Studio, the team which developed Age of Empires. It’s a marvel that a title with such pedigree could get lost among the App Store, and yet that’s what happened, so the team has apparently decided to try their luck on on Steam as well.

Echo Prime is largely an Action RPG with emphasis on the action. Your main character wields a blaster in one hand and a laser sword in the other, augmented with a list of unlockable skills which you collect over the course of the game. Combat is fast and frenetic, featuring a block and dodge mechanic which rewards precise timing and quick reflexes. The controls are similar to other RPG’s like Diablo and Titan Quest where the left mouse is mapped to both attacking and moving. While this control scheme is forgivable in those games, the extra emphasis on normal attacks in Echo Prime adds a layer of frustration. It would have been good to see some optimisation and better use of a keyboard or possibly joypad in the PC port, since one does not simply map movement and attacking to the same key and expect players to not make some errors when playing through an intemediary input like a mouse. Or in other words what works for touch gaming is not guaranteed to work when a mouse gets involved. 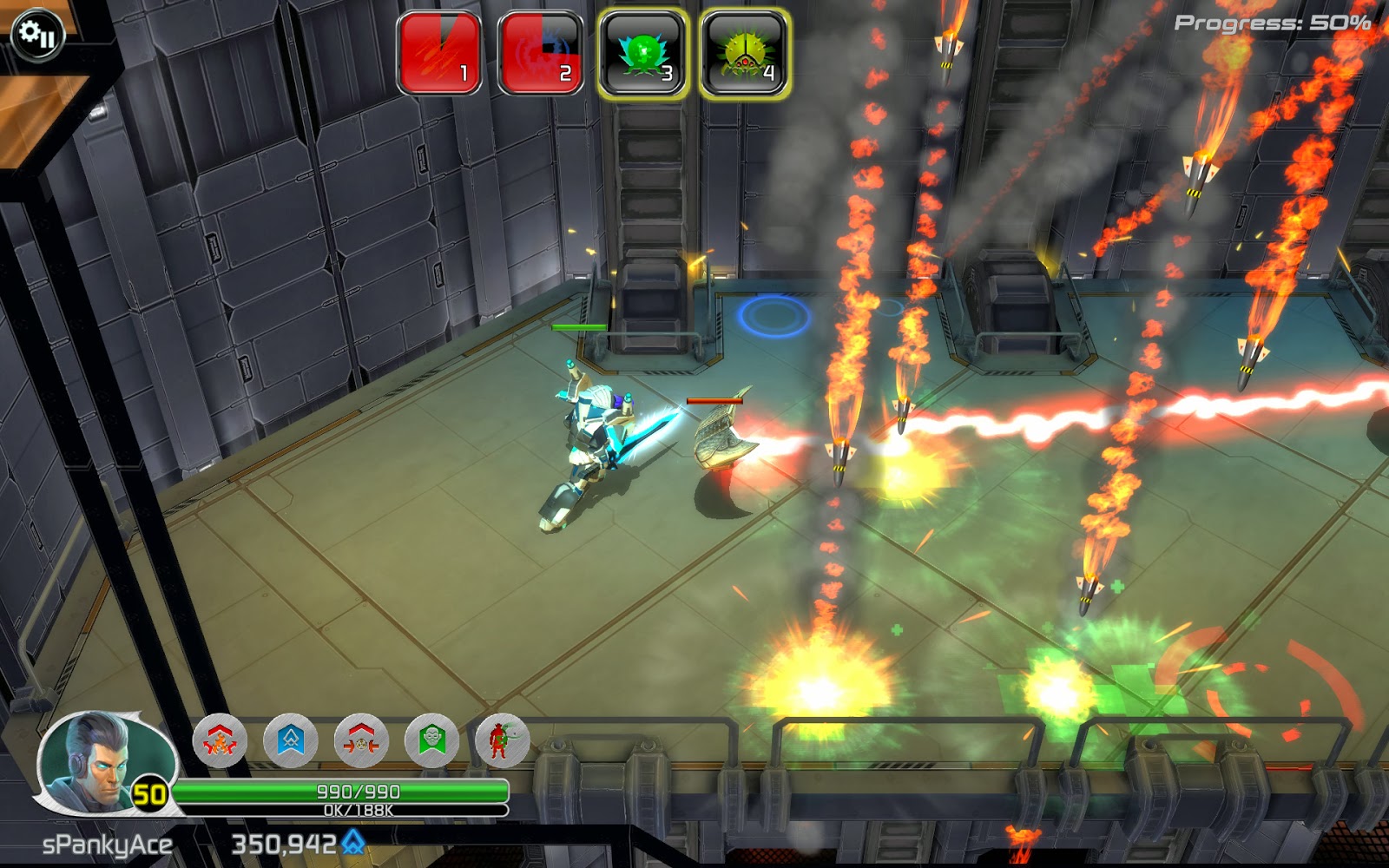 It’s immediately obvious that this game was optimised for iPad. Robot Entertainment have added features which are especially alluring to casual gamers such as a collectable element, randomly generated content and short yet punchy levels. Playing Echo Prime is immediately satisfying and doesn’t require much time investment at all. The biggest complaint from the iPad release was a zealous use of microtransactions in addition to the premium price and, thankfully, those have been completely removed in the PC version. Everything is available from the get go and the amount of grinding that was required to circumvent in-app-purchases is somewhat alleviated.

Unfortunately, advancing through the game often hinges on earned experience and money rather than player skill. This creates a series of level gates which prevent players from completing story missions until their character has the relevant gear. The experience and gold curve has been tweaked a little from the iPad version so that players won’t need to replay content they’ve played before, but it still forces players to undertake sidequests which are largely the same thing as previous levels. Mission objectives can vary from defeating a gauntlet of enemies, survival, defending an object and weakening enemies for capture. The combat remains entirely the same regardless of the missiong however and so all these tasks don’t feel as varied as they should. It also doesn’t help that all encounters are in a series of hallways with absolutely no open world exploration, aside from the mission map. 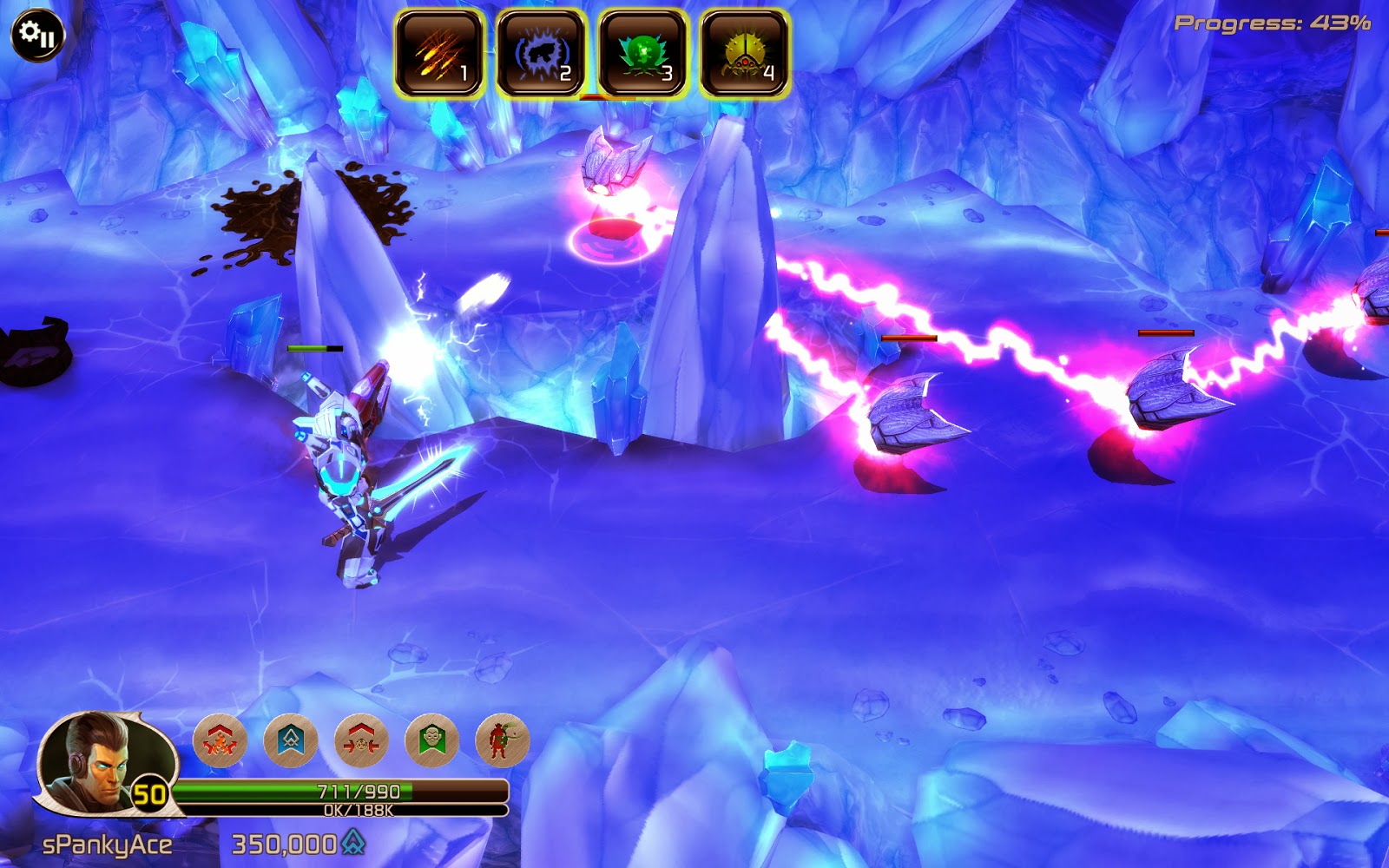 The same can be said of the graphics and music. Both are passable, if somewhat bland, and the graphics are refreshingly colourful which gives each environment a distinct personality. The repetition in the game means you’ll be seeing and hearing a lot of the same things before being treated to something new. While this could be acceptable on a tablet where most players will have the sound off to begin with, PC gamers will be accustomed to a higher standard of presentation.

The game’s story is also quite lacklustre. The main storyline is actually passable, featuring a space opera style adventure featuring Slivers – a race of mysterious invasive aliens. The sidequest stories are much shallower, featuring Space Pirates and rogue Slivers who the main character just has to beat up. For an RPG set in space, the lore is quite shallow and the world doesn’t feel fun to explore.

Echo Prime’s release on PC is somewhat problematic as its competition is very different compared to the App Store. PC gamers have a wealth of immersive RPGs to choose between, the majority of which require huge time investments. Echo Prime doesn’t ask for too much commitment from players, but the experience is much shallower as a result. Casual players will be able to look past the repetition due to their shorter, more spaced out gaming sessions. Before you purchase Echo Prime though, make sure you’re aware that it panders to the typical iOS market and offers little for gamers seeking a deeper experience.