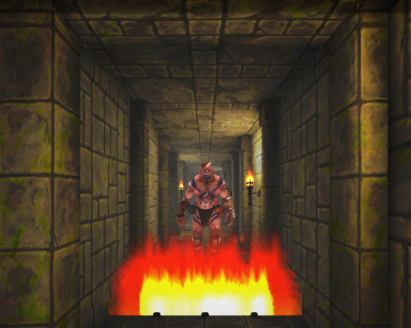 We’ve seen something of a resurgence of classic-style dungeon crawlers this year. Might & Magic X resisted the temptation to try and “modernise” to instead provide a very traditional dungeon crawler. Independent developers, meanwhile, have produced the likes of Paper Sorcerer and we have The Legend Of Grimlock 2 on the way later this year.

Which brings me neatly to Coldfire Keep, a very traditional dungeon crawler designed exclusively for the iPad. Weirdly enough it’s a genre that has been under represented severely on the mobile platforms, with a fairly poor Wizardry title and the now-ancient The Quest for iPhone being about the extent of old school dungeon crawlers for iOS. So there is real opportunity for someone to come along and blow me away with a Might & Magic-style game. These aren’t even that technically demanding, so there’s no reason to think that it can’t be done on the platform.

It’s a bit unfortunate that I’ve had so many great dungeon crawlers recently because, while there’s nothing that completely breaks the experience with Coldfire Keep, a series of small flaws, and a general lack of creative inspiration really hold the game back from being something classic. I would have enjoyed this so much more if I hadn’t already played other fundamentally better games already this year. 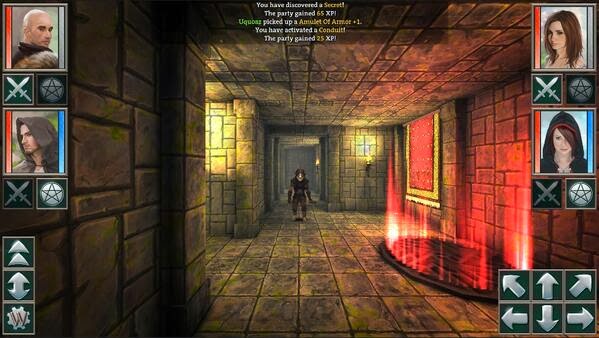 As with any other dungeon crawler, players progress through a series of dungeon levels by moving around in a turn-based grid-like pattern, defeating enemies, earning loot, and solving the odd puzzle along the way. Starting out at a humble level one, over the course of the ten or so hours it takes to complete the game players will earn a large number of abilities and go from fighting rats to some truly horrific monstrosities.

While this genre has never been known for its breathtaking narratives, Coldfire Keep really sinks in setting up a compelling narrative. The main story is something about a flood of monsters emerging from a crystal deep within a dungeon that are unable to invade the surface courtesy of powerful magics. Every so often a party of adventurers will try and invade the dungeon to clear it out of monsters, but they inevitably fail and then an entity known as the “builder” restores the dungeon’s depths to as they were before.

I suspect the developer (Aussie Steve Jarman, and published by Crescent Moon Games) of the game was a fan of the Undermountain setting within Dungeons & Dragons’ Forgotten Realms setting, and Halaster Blackcloak its guardian. Which is fine – lord knows in my time as a Dungeon Master I’ve destroyed more than a few parties of my friends heroes in that incredible setting myself. But the Jarman really needed to do a better job in making the setting interesting than this. The game features an inn and shop within the dungeon, with a flimsy-as-sin excuse for its existence, and bumping into these characters quickly becomes silly. Once the party enters the dungeon proper the narrative is as thin as expected for the genre, but the generally uninteresting dialogue (“I don’t like the vibe of this level!” “I agree, let’s turn back!”) quickly ensures that you’re not sticking to this game for its story. 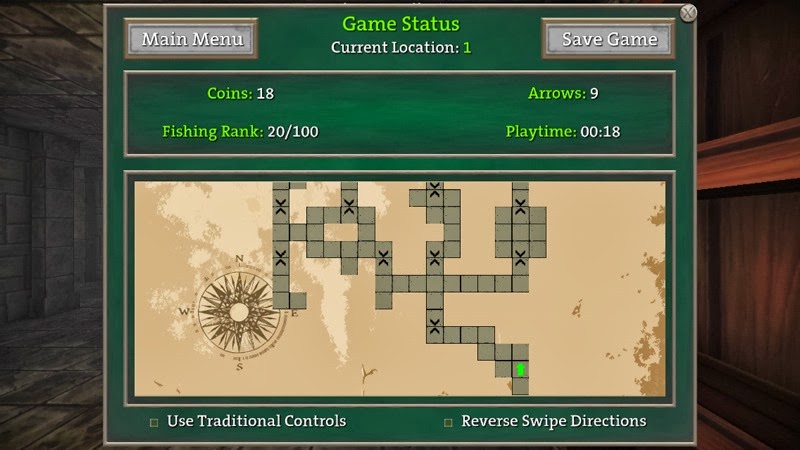 The level design is interesting enough to keep pushing through, with each dungeon level being fairly short, but puzzles and traps will keep people on it even once they’re cleared it of monsters. Some of those said puzzles can be a little obscure however, and this can be frustrating at first. To use an example from early in the game (i.e one of the more straightforward puzzles); there’s a red-coloured door which needs to be unlocked, and on a wall nearby is a statue with four different colours on a disc that can be rotated. The idea being, of course, to spin the disc to line the statue up. But this didn’t open the door. Oh no. I needed to go an pull on a chain (and it wasn’t easy to spot) that would open up an entirely different part of the dungeon and track down three more statues and also line those up with the red colour. There was no hint to how any of this was meant to work, mind you; not so much as a clue about how many statues I needed to track down.

That’s, quite simply, poor design. I’m all for games with secrets, obscure meanings, and difficulty curves; I love Demon’s Souls and Dark Souls after all. But good games still give players enough information to understand what they need to do next. Good information is largely absent from Coldfire Keep.

The game’s love of withholding critical information from the player flows through to the combat, too. To put it simply; there’s very little visual feedback from attacks. I cast a spell or swing a weapon at the enemy, and it barely reacts. It attacks me, and I think nothing has happened, but the next thing I see is my health bar disappearing. The game provides no hint to how much health the enemy has left, either. Nor what weaknessess or resistances it has. So I generally have no idea how the combat is going until either the enemy is dead… or my party is. 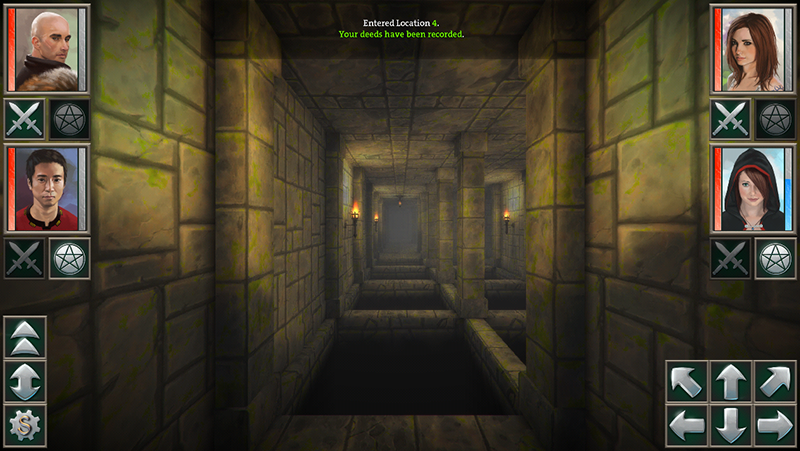 It’s a pity too, because underneath the the cheap interface, horrible character portraits, and the complaints I’ve listed above, is a genuine attempt to create a dungeon crawl. It’s clear that this game is a work of passion by the developer, and as limited as the experience is, there’s a raw soul and love of the dungeon crawler that still ensures it’s a worthwhile experience.

In fact, because the dungeon levels are so small and self contained, I found myself flying through them, not entirely ignoring its faults, but enjoying it nonetheless. That counts for something, I think. Coldfire Keep is genuine, and for dungeon crawler fans, that makes it worth a look.