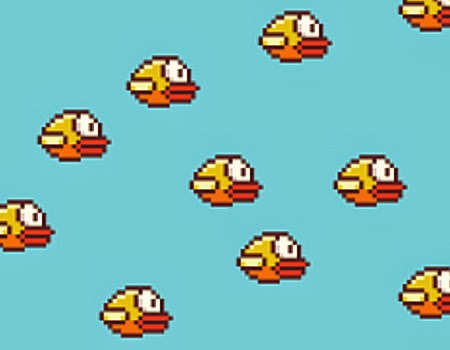 You’ve probably heard of Flappy Bird by now. The new smartphone and tablet sensation that’s heralded as the next Angry Birds or Candy Crush Saga (because every notable release on smartphones needs to be heralded as such) and lit up both social networks and the fuses of the easily frustrated. The significant difference between the Flappy Bird and the other virally popular casual games however is that Flappy Bird isn’t well developed. Its gameplay ideas are particularly derivative, as are its visuals. To top that off, the difficulty level is unfair, collision detection is imperfect and the randomly generated levels throw unwinnable segments your way. So how did this title end up conquering the App Store charts?

Many of the contributors to this site are big fans of Japanese games, but I’ve always been interested in games from the other regions of Asia. Recently we’ve seen the Taiwanese rhythm game Cytus, the charming hotel sim Innkeeper from the Philippines and soon we’ll have the Thai beat-em-up Aeternoblade. (All those games come especially recommended by the way.) Flappy Bird, developed by Vietnamese one-man-studio .Gears, is modest at best and has so far polarised critics and gamers. While most review sites have blasted the game for having derivative gameplay, unoriginal art direction and overall glitchiness, the general public have come to adore the game for providing a hefty amount of challenge that many have not tried before.

The creator of the game never anticipated for this success to happen. He’s genuinely astounded by the amount of press and discussion his game is making, as well as having his profession constantly challenged. Recently, the unwanted attention has led him to take the game off the App Store and Google Play – in his words, “I can call Flappy Bird as a success of mine. But it also ruins my simple life. So now I hate it.” Despite his newfound income, he wants to fight hard to remain an indie game maker, and insists that he is not in the business for the money. The fact that Flappy Bird’s success is unintentional makes it an even more interesting case to look at. 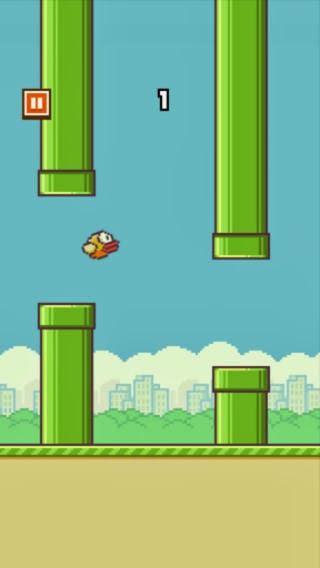 Honestly, I’m not going to argue the case that Flappy Bird should never have become popular. You can find that on any other game site, and you’re probably tired of reading it too. I’d rather talk about the circumstances and design aspects which allow this one-man-team to make a runaway success while bigger studios flounder at the same prospect.

The first key point is simplicity. Not only is the game easy to understand, not even requiring an instruction screen, but the game is also accessible. When each additional element in a game increases its complexity, it narrows the band of people who are likely to enjoy it. Other iOS flyers like Jetpack Joyride have intricate interfaces with powerups, slot machines and in app purchases to make the game feel like something more than just an arcade game. These elements are designed to fool the player into investing more time and thus seeing more ads. Flappy Bird does not try to trick you. It doesn’t have clutter which might increase its revenue at the expense of gameplay. Its simplicity also means that regardless of one’s experience with games, anybody could pick up a smartphone and instantly know how to have fun with it.

The second is novelty, here manifested in its extreme difficulty. The success of this is unintentional, as high difficulties usually drive away casual players rather than entice them. Because so many players are getting scores in the simple digits however, anything deemed impressive has been uploaded onto social media. Facebook has become a sort of amorphous high score board where the skilled show off. People who haven’t played the game see the abundance of friends who feel proud of their double-digit high score and download the app, thinking that they can do better. In a way, it’s reminiscent of arcade culture rather than the App Store – it’s a game which anyone can play and few can be good at, but everyone wants to try.

Most of all, however, it gets people talking. Gaming is a social activity and Flappy Bird is a fantastic conversation starter. Getting a high score has no meaning when the game throws hundreds of points at you per second. In Flappy Bird, the score accurately pinpoints one’s progress in the game: a higher score than your friend’s, even by one, clearly means you are more skilled. When was the last time that you could talk about a game so openly? Before you had to restrict it to only gaming circles because the conversation would be bewildering to anyone not privy to the game in question. But with Flappy Bird, everyone has something to say about it.

So perhaps it would be best to ignore the critics who say that Flappy Bird was an accident and should never have deserved success. It’s clear that, for all the things that it is missing, it still upholds the key tenements to why people play games in the first place, and even amplifies them through simplicity. In the modern age of gaming, these tenements can easily be lost in the sea of graphics specs, technical jargon and general maximalism which can be a barrier of entry for non-gamers. Every now and then, it’s good to see something come along which reminds us that gaming is for everyone. And what a strange and unexpected reminder this was.

It’s time to pull those warriors out again