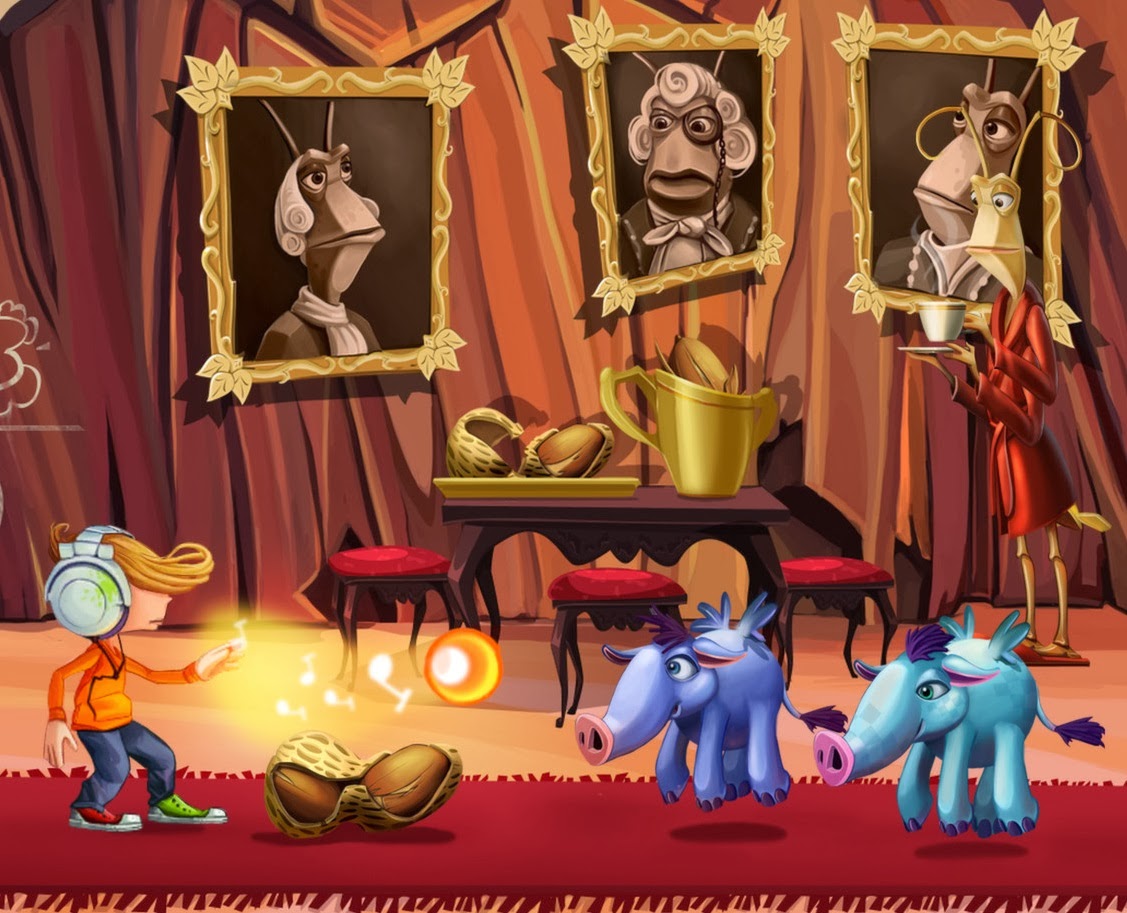 I’ll be the first one to say that I love rhythm and music video games. It’s refreshing to see a merger of music of all kinds and games; from standard games like Guitar Hero and Rock Band, all the way to hybrids like Rez or Child of Eden.

BeatBlasters III fully embraces its catchy electronic soundtrack and then fuses it with combat and tower defense elements. While the end product is certainly a treat on the eyes and ears, Chainsawesome Games has a way to go before it will have a truly great game.

The graphics and soundtrack make a strong initial impression. The visuals are chock-full of colour and character, and the goofy, cartoon look is something reminiscent of Rayman’s recent outings. The soundtrack, which is more central to the game, is a mix of heavy dubstep and light keyboard riffs, and unless you have a strong distaste for beat-heavy music, you’ll find something to enjoy (I often found myself bopping my head to the music). 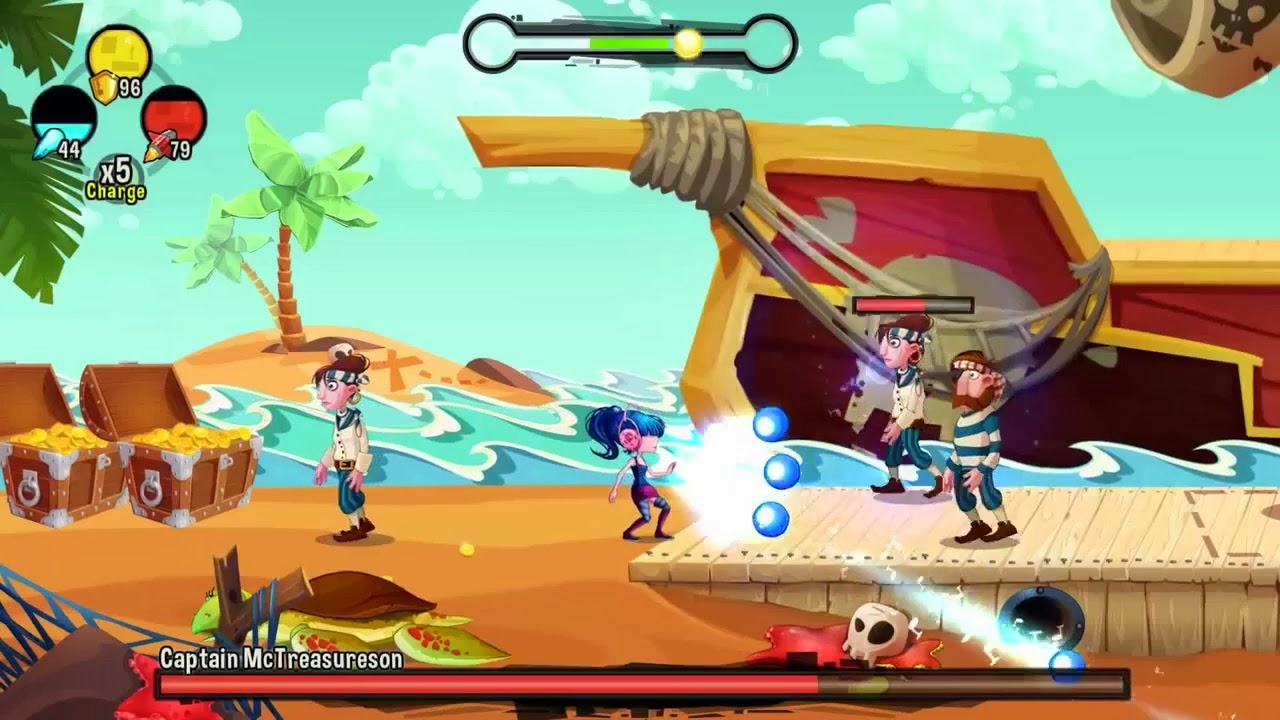 The story (or thinly-veiled premise) centers on youngsters Gina and Joey, two budding music-lovers whose town is ruled by a butcher whose goal is to ban music. Joey and Gina are soon (literally) thrown from town, and they team up with animals and people alike to dethrone the butcher. These types of stories often get labeled as lighthearted or charming, but forgettable is the word that comes to my mind.

After choosing to play as Joey or Gina, you’re tasked with picking up and learning the game’s controls. Both characters have three abilities at their disposal: launching projectiles, conjuring a shield, and blasting around with rocket shoes. Each ability is tied to a gauge that depletes with use, and if you run out of power, you’ll have to refill and recharge before you can use an ability again (don’t worry, jumping, as weak as it is, is free). To recharge, you must hold down a shoulder button, and tap the gauge’s corresponding face button along with the beat, which is pictured by a metronome at the top of the screen. After you recharge your abilities long enough, you can trigger a sort of “Overdrive” mode, which differs between Gina and Joey. Both allow the unlimited use of any ability (for a small period of time), but Gina will be able to fire homing projectiles, while Joey fills the screen with bullet-hell-like fire. 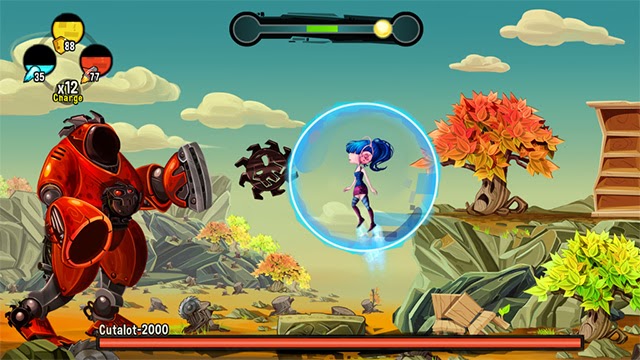 All these abilities are good fun, but the game’s biggest issue is the level variety. While each locale has its own unique look and premise (one stage will task you with protecting hatching eggs while another will have you escorting a gorilla king), for the most part, almost every level I played during my preview focuses on defending or escorting something. At the end of each stage, you’re given a rank of one to three stars, but getting that perfect three-star rank can prove very difficult, either due to moronic NPCs or imprecise controls. While the projectile attacks work just fine, your shield, which can be used to both deflect attacks and push objects (similar to a force field), proves unwieldy when precision is required. The rocket boots on the other hand feel more like hover boots, and don’t allow for a lot of maneuverability. Technically, the game runs fine, but one issue I consistently ran into was the metronome, which wouldn’t stay synced with the music. At this point, it’s unsure if this is due to a lag when playing on a HD display, but if it is, we’re hoping an option to calibrate for lag will be included in the final release.

BeatBlasters III is full of potential, and its core gameplay mixes well with the soundtrack and visuals, even if the premise can be a bit abstract at times. Still, its greatest hurdle is the in-game missions, which are a huge disappointment. There’s no release date other than a 2014 window, so there’s definitely time to add revamp the mission structure.