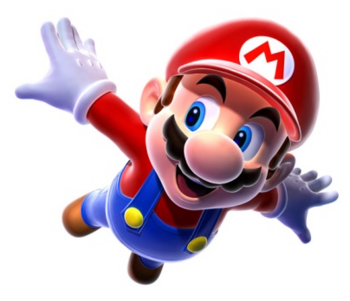 This past Thursday, Nintendo held an investor’s meeting to give insight into the company’s response to the market pressures that it is facing.

Nintendo’s stock dipped throughout the proceedings. While this a normal response when any company when it announces a major new strategy, Nintendo’s recent offerings with the Wii U has shown that the company has been out of touch with consumers and the demand in the market. Which is ironic because its portable console, the 3DS, also showcases just how successful the company can be in its strategy to deliver top quality video games on a console that’s aimed for “the whole family.”

But it’s not the Wii U or Nintendo’s strategy around it that people are now questioning following the investor’s briefing. No, the emergence of a “non-wearable” Quality of Life platform that it detailed in the briefing that was the confusing and unexpected development.

In the briefing, President of Nintendo, Satoru Iwata, said “we will attempt to establish a new platform business with which we can leverage our strengths, but which is independent from our video game platform business.” This is pretty clear; this new platform is “independent” of Nintendo’s video game division; a separate entity. While Nintendo has to be a forward looking company, it’s difficult to see how the company will resource a new platform; what we’ve seen of late is that Nintendo has been stretched thin as a whole trying to meet the high demands of HD development, with numerous delays in Wii U releases. Iwata even addressed this directly to its investors in the early part of the briefing: “Nintendo is not a resource-rich company, with only a little more than 5,000 employees on a consolidated basis. We cannot achieve a strong presence by imitating others and simply competing in terms of size.”

To ease this burden, Nintendo did outline a strategy to license out its IP further than ever before, which we’ve already seen a few results of already, with the emergence of Hyrule Warriors and Pokemon Conquest before it, and on the horizon is the Atlus-developed Fire Emblem Vs. Shin Megami Tensei. In all cases these games are almost entirely resourced and developed outside of Nintendo. This is a good move on Nintendo’s part, but one that had the potential to dilute the value of Nintendo’s core IP in the process. For instance Metroid: Other M was a game that Nintendo outsourced to Tecmo Koei, and it would be hard to argue that it held up to the expected standards of a Metroid game.

Nintendo also outlined further developments to its Nintendo ID online infrastructure for its consoles, bringing with it features that many have demanded for quite some time, including the suggestion that Nintendo is migrating player accounts away from hardware, an into a Cloud-based model. Yet, its online infrastructure has continually been its weakest link. Building expansive online infrastructure in today’s market is a massive investment, and Nintendo’s immediate rivals only got there through some drastic measures. Sony, while selling off so many of its other assets, acquired Gaikai for its Cloud infrastructure and R&D, rather than develop it internally. Microsoft was, one suspects, only able to offer the Live experience that it can because it has invested so heavily in Cloud services for its corporate clients. Nintendo is pushed against a wall with online infrastructure, and it’s questionable whether it has the resources to compete there. 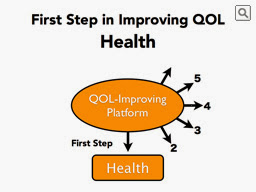 The Quality of Life platform did take the centre stage of the briefing though. Iwata told investors that, “…it is our (Nintendo’s) intention to take “health” as our first step.” as the company moves forward. While this is independent of its gaming division, as we’ve already detailed, it is still consuming a portion of the company’s limited resources. And there wasn’t anywhere near enough detail regarding what this platform involves. Is it an attempt to try and compete with the likes of other wearable devices that are already on the market, such as Nike’s FuelBand and Jawbone’s UP?

It’s a brave and risky new venture for Nintendo, but it could well work. Nintendo had great success with fitness and lifestyle apps and games on the Wii and DS, so this is not a field where the company is entering blind and hoping to compete with the incumbents.

Nintendo also has a proven ability to sell quality of life as product to customers. Its success with the Nintendo Wii and the likes of Wii Fit and Wii Sports was thanks to its excellent advertising campaign around these games. It made heavy use of lifestyle shots and, later, celebrity endorsements to sell the health benefits of the software and console.

Nintendo’s upcoming Quality of Life platform won’t have the same momentum behind it that Wii Fit had when it was launched. The stellar success of Wii Sports that drove consoles into the living room and the media coverage of what was then a relatively new concept – the gamification of exercise – just won’t be there. Instead, Nintendo will be challenged with stiff competition from large corporations who have already got complex and rich fitness gamification apps. Companies like Nike, Johnson and Johnson, Jawbone and many other health/sports companies are tapping into this evolving market with all kinds of wearable technologies, apps, and health monitors.

It is a developing industry, so there is a place for Nintendo to innovate here by making things simple and fun, in a unique Nintendo way. But one has to wonder about the impact that this will have on the ‘core’ customers; Nintendo managed to alienate a portion of the market with the Wii and its focus on a wider range of experiences, and on the other side of the equation, one wonders whether there’s much demand for health and lifestyle products by people who are only “casually” into exercise; consumers who purchase products like UP and FuelBand are not looking for “toy” products.

The past has clearly shown us that Nintendo is best at being a toy company; delivering pure, unadulterated video game experiences for all ages on affordable gaming consoles is what has kept it a staple part of the gaming industry. The 3DS shines a light onto exactly how prosperous Nintendo can be in an high tech industry with more affordable technology. The big question for Nintendo moving forward is whether investments in new product categories outside of its true field of expertise is the right way to go.

Interview: Skyjoy on aiming for the clouds with Super Kid Cannon