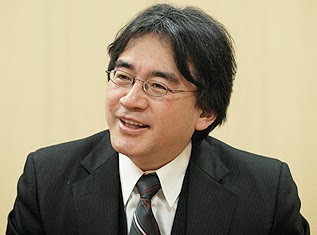 UPDATE: A big bit of news emerged from the Q & A session following the presentation. It looks like Nintendo is bringing Nintendo DS games to the Wii U via the Virtual Console.

Nintendo has held investor’s meeting, where it has outlined its strategy going forward, and the way it’s going to try and turn some of the market pressures that are impacting on it around.

Nintendo’s President, Iwata, took the opportunity to recognise the need to find new markets for Nintendo’s products, and that the Wii U’s biggest issue was is its gamepad controller, which many consumers continue to believe is an unessential accessory for the Nintendo Wii.

Because the Wii U can’t drop the gamepad, Iwata is instead promising to reveal titles that use the gamepad’s unique features (such as NFC) at E3 2014 that will hopefully drum up interest in the device, and differentiate it from what the Wii itself can do. Nintendo is also going to employ some coding trickery so that the gamepad can start up quicker so people can pick it up and get playing instantly – something that certainly helped make tablets like the iPad a successful alternative to a laptop PC.

To help generate more content for the console Nintendo is also fast tracking development of titles – a strategy that worked for the Nintendo 3DS where a price cut and fast tracked release of several titles including Mario Kart boosted the console’s fortunes on the shelves. Mario Kart on the Wii U will arrive in May in Japan. However Nintendo has ruled out a price cut for the Wii U at this stage.

Iwata said that he would like to “change the definition of platform,” and more closely integrate the Wii U and Nintendo 3DS. We’ve seen hints of that happen already with Miiverse being a cross-platform service, but Nintendo sees the need to take this further, hinting perhaps that the company is going to roll out similar Cloud services like Sony and Microsoft have where users set up accounts, and then engage with their games and content on whatever devices they happen to own.

Also, while Nintendo is ruling out putting Wii U and 3DS-style games on smart phones and tablets, Iwata is keen to get people using their Nintendo Network IDs on such devices, with the goal to encourage them and other users to buy Nintendo hardware. This smart phone strategy is to act as a communication resource, rather than something for Nintendo to directly make money from.

Nintendo is looking at launching its smart phone service, whatever form that will take, later on this year. Iwata was vague about what exactly this service will look like, other than that it will be an “on demand” service, and that whatever people do get out of it, the more people that use it the lower the price. In other words Nintendo will be tapping into viral marketing by giving people discounts for getting friends and family to also engage with this “on demand” service.

Nintendo is also easing up on its control over its IP, and will engage more heavily with developers around licensed titles – so expect more experiences like Hyrule Warriors, where a third party developer creates something in a Nintendo universe. This move is clearly to increase the brand exposure of Nintendo’s IP and keep a steady flow of exclusive games coming to its consoles that don’t need to be developed in-house.

Iwata also highlighted the need to reach out to emerging markets with lower-priced products, and emphasised its commitment to using entertainment to improve quality of life – games like Wii Fit are examples of that philosophy in action.

According to the presentation it would seem that Nintendo wants to expand that quality of life philosophy further, perhaps with the release of wearable technology and the like, but again, no real specifics.

And… that’s about it really. Nintendo seems committed to continue to do exactly what it was doing before, and hoping that the quality of its games will keep people interested in its hardware. In a world without competition this would be admirable, but when Nintendo’s big “turn around” plan includes moving to an accounts system which Sony, Microsoft and Apple have had for years now, you’ve got to question whether this company really is making the drastic moves that will modernise the company and prepare it for future competition.

Interview: On breaking away from EA to create a free-to-play indie masterpiece