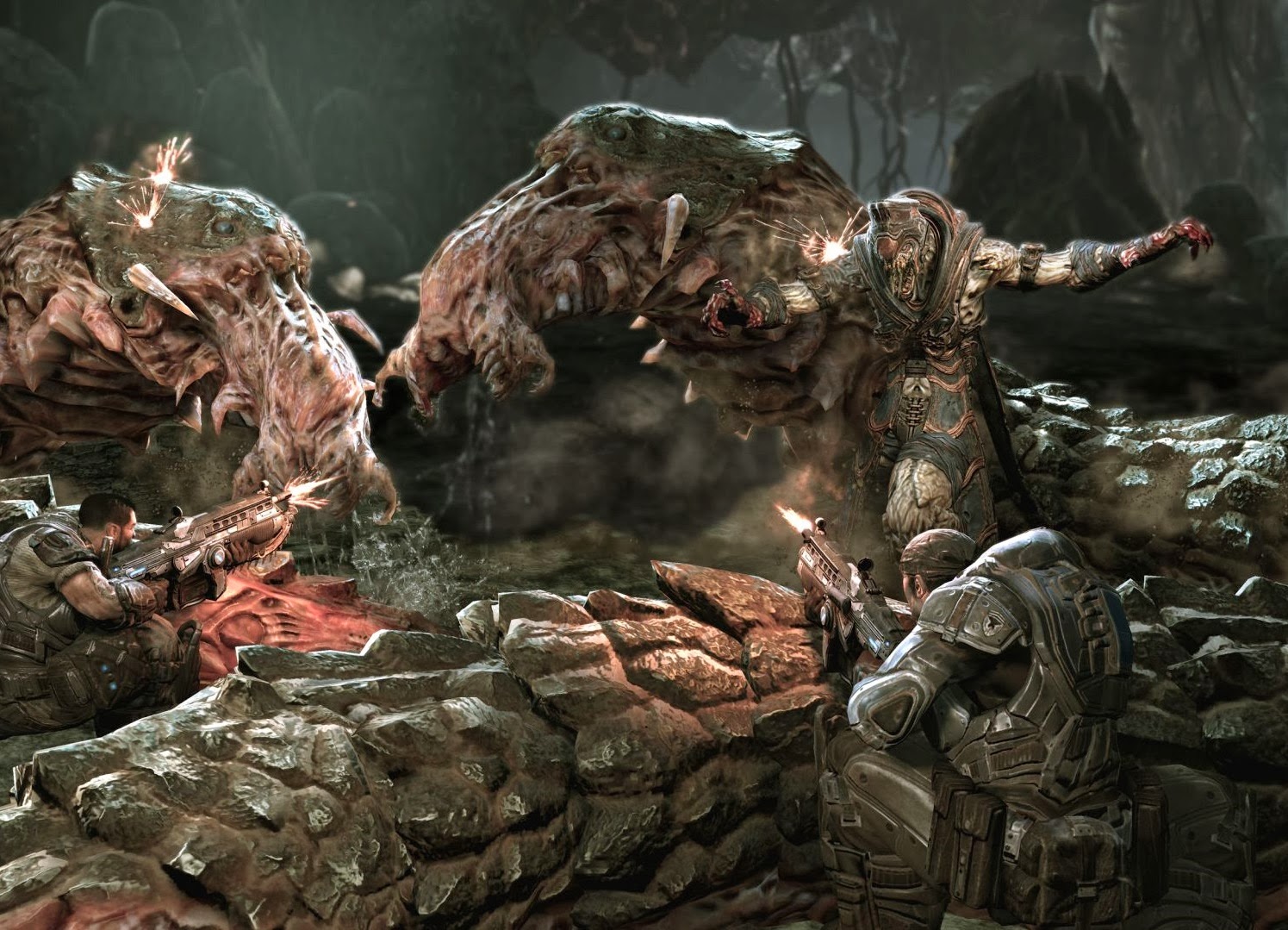 Microsoft has acquired the Gears of War franchise from Epic Games. It didn’t really have a choice but to do so, but it does represent a continued narrow focus from the company with regards to where its game investments lie, and it doesn’t fill me with confidence with regards to the Xbox One offering the kind of varied experiences that I’m looking for in a games console.

First, though, why Microsoft needed to acquire Gears of War. As one of the biggest-selling exclusives on the Xbox, Gears of War is close to Halo in terms of its ability to sell consoles, and there was the threat that it could go multiplatform.

As reported by Forbes, the developers of Gears of War had considered broadening its audience and taking it to the PlayStation as well. With Microsoft finding itself in great need for exclusives, it decided to instead acquire the IP and give development over to the newly-formed Black Tusk Studios.

There’s little doubt in my mind that the game Black Tusk Studios produces will live up to the standard of the Gears of War franchise; the studio is backed by the newly-recruited talents of Gears of War director, Rod Fergusson, who left Epic in August 2012 to help Irrational Games to deliver BioShock Infinite.

And, while I’ve only played what most consider to be the “least” Gears of War game, Judgement, I enjoyed the experience enough that, should I ever wind up with an Xbox One, I will indeed go out and track down a copy of this exclusive. That’s not the issue here. The issue is that Microsoft is spending big on a very narrow range of experiences indeed.

Essentially, Microsoft’s game development range falls under one of two categories – western-styled “fun for the whole family” type games (typically using the Kinect hardware), and then hyperviolent shooters designed by western gamers for westerners; or the likes of Halo and Gears of War. Any and all third party games that Microsoft backs with significant money also falls into one of these two categories.

I do understand that “American homes” is the broad demographic that Microsoft is targeting with the Xbox One, but that was the same target market for the Xbox 360, and that didn’t stop Microsoft investing heavily in a varied range of experiences. To date I’ve seen no indication that Microsoft is interested in replicating its big investments in the JRPG genre as it did with Lost Odyssey, for instance.

Furthermore, Microsoft continues to demonstrate minimal investment in indie development. Its chief rival in gaming, Sony, has spent a great deal of money on small, independent and artistic games in the past few years and the PlayStation 4 and Vita are continuing this trend. The result is that the PlayStation brand now looks like it represents a far wider range of games for a far wider range of gamers, while the Xbox One’s focus looks like it’s becoming more and more narrow.

In the longer term, Microsoft is going to need to appeal to more than the “American home” demographic if it wants to top the sales charts. There were reasons to buy an Xbox 360 even if you weren’t into shooters and the like. Right now the Xbox One is simply not as compelling for those audiences.