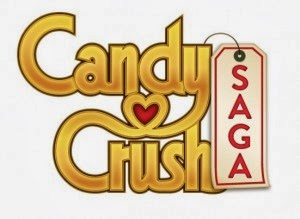 It’s been a week or so since casual game giant King decided to go ahead with its attempts to trademark the word “candy”, and right on cue, the company’s CEO, Riccardo Zacconi has posted an open letter on the company’s website.

For those who don’t know, King is a London-based studio, best known for its work on the long running Saga series, with the ever-popular Candy Crush Saga being the most well-known of the bunch. The team has already acquired a trademark for “candy” in Europe, and is looking to do the same thing in the U.S.

If that wasn’t controversial enough, it’s also stirred up trouble by opposing the attempts of indie developer Stoic to trademark the title of its recently released title, The Banner Saga. And to top it all off, an indie developer recently went public with accusations that King had copied his own Flash game, Scamperghost. King’s own game, Pac-Avoid, had some very glaring similarities, and it’s already been taken down from the company’s website.

In the open letter, Zacconi addressed the issue with Pac-Avoid, stating “the details of the situation are complex, but the bottom line is that we never should have published Pac-Avoid. We have taken the game down from our site, and we apologize for having published it in the first place.” Of course, the company doesn’t personally apologize to the developer in this letter, and it goes out of its way to state that Pac-Avoid was coded by a third-party, essentially passing the buck (we won’t even get started on the similarities between many of King’s titles and other titles such as Bejeweled).

In regards to the trademarks on the word “candy”, Zacconi defends King’s application for the trademark, arguing that companies such as Apple and publications such as Time magazine have done the same. Zacconi further explains that “we are not trying to control the world’s use of the word “candy;” having a trade mark doesn’t allow us to do that anyway. We’re just trying to prevent others from creating games that unfairly capitalise on our success.”

Lastly, Zacconi is still standing behind the company’s decision to oppose Stoic’s attempt to trademark The Banner Saga, not because King believes Stoic is trying to ride on the success of the “Saga” name, but rather to preserve its own ability to protect its own games.