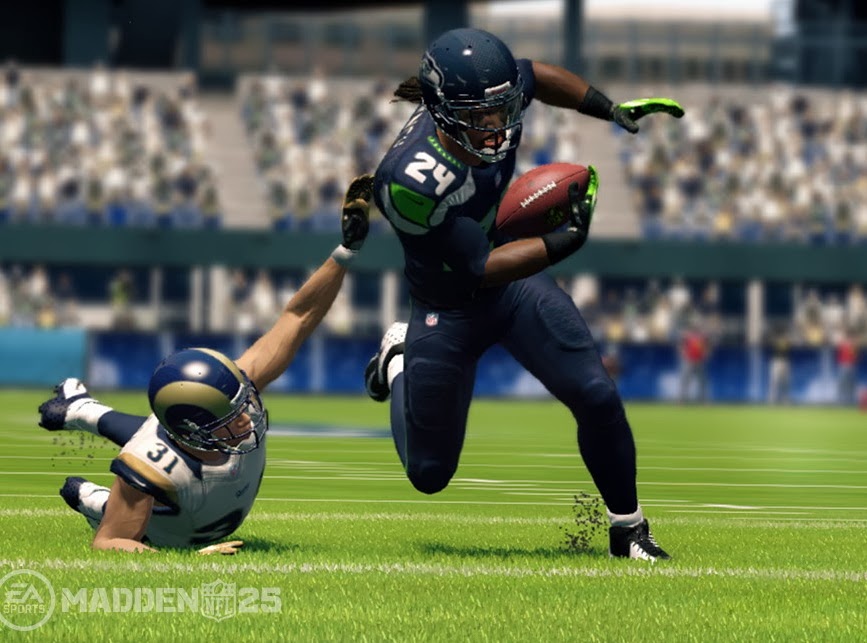 Sports games are an interesting genre. Each sport has a game that tends to come out on a yearly basis, leading to debates about whether or not that kind of cycle is healthy. Since sports themselves play out on an annual basis, the gaming cycle seems to fit that model rather nicely compared to some other games. Every year starting with the draft and free agency, sports fans find their interest in their teams renewed, with new found hope that either they will repeat as champions – or that this will ‘be their year’.

The problem with sports titles tend to be that while you can get a pretty good feel for the game in a matter of days or even weeks, the true beauties and flaws often do not show up until you have spent several weeks with them. I am still playing Madden 25 with my old college buddy. We have finished out five seasons so far, and while I was a big fan of the game when I reviewed it on PlayStation 3, some elements have crept up to temper some of that enthusiasm.

The online connectivity issues that plagued the series in the last game still creep up here. They are largely dependent on both parties having outstanding Internet, which for my friend is not the case. We completeone in three matches on average, because we will eventually time out or he will get kicked by EA’s automated system, which recognises the poor connection as “excessive grieving” – even though it really just punishes me in the process as well. There needs to be some sort of saved or backed up state for these head-to-head franchise games.

The newest version of the Infinity Engine has certainly been a large improvement over last year’s release, though player movement still gets a bit weird at times and I do see some odd ball physics. On the PlayStation 3 at least, a punted ball never seems to take an odd bounce as it would in the real world – it just propels forward without any backwards or sideways hops. 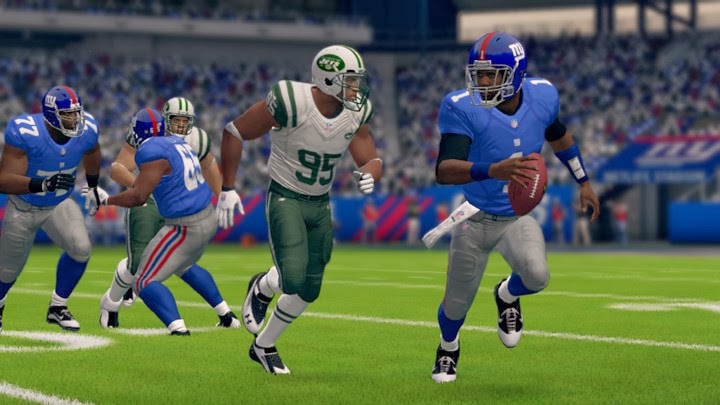 The menu system also gets ‘behind’ every now and then. No game has frozen both of my PlayStation 3 consoles over the last six months than Madden 25. I can generally tell when it is about to happen, because while surfing the menus will start to get slow and stop moving. The weirdest example of this I have seen so far was during our draft last season. My buddy picked a player two spots before me. When it got to my turn, the game locked up.

By the time my PS3 got done checking the hard drive integrity and I could log back in (about 8 minutes later), the draft was still paused, but it was onto the next pick. It had forced me to draft someone. Oddly, it gave me the player my friend drafted two picks prior. It said he had traded his pick away to the Minnesota Vikings. We were both very confused by all of this.

That is not to say that it has been all warts for Madden 25. The read option offence holds up beautifully this year. I have always enjoyed using mobile quarterbacks and I have more fun with this offence than any other in recent memory. Unfortunately it does not work as well in slower online games, because hitches in the defender’s movements can cause you to misread the defensive adjustments and make the wrong move. But for my own franchise mode it is a blast and something I would love to see iterated on.

The off-season is a good deal of fun as well. You can shift around player positions, which is a nice change from the last several years. I would like to see the options expanded upon – sometimes they can be a bit limiting, but it does allow me to draft with flexibility in mind. 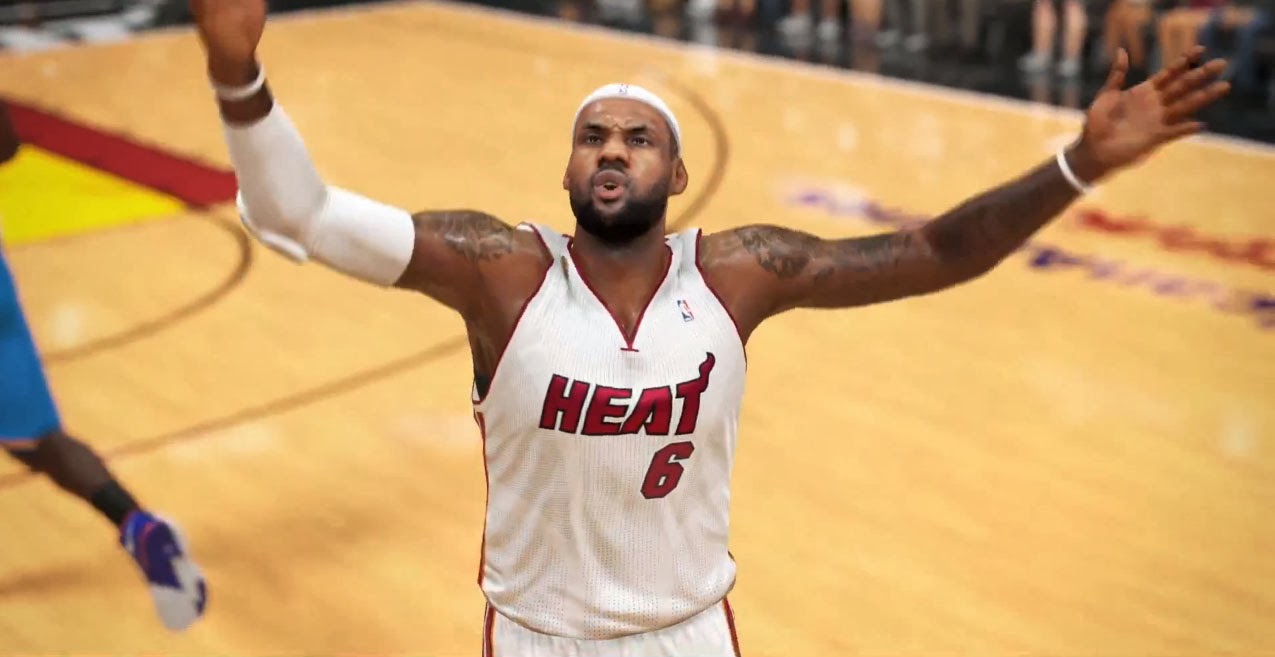 Similarly, NBA 2K14 was one of my favourite titles this year so far for the PlayStation 4. The audio commentary holds up better than most games and the visuals are fantastic. Early on the defence felt stifling, but I quickly learned ways around it so I could win far more games than I lose. There were some things that really hurt, like the lack of a franchise mode I can play online with friends. Another friend of mine wanted to do this with me, until we realised it was not an option. This feature (or lack thereof) is why NBA 2K14 is starting to feel played out while I can still derive plenty of fun from Madden, despite the fact NBA 2K14 is the better game of the two.

The My Career mode has been where I have spent the majority of my time. The progressive hooks in earning points to spend on different skills is a lot of fun, and being able to earn traits and specific signature skills gives you more options than simply dumping points into perimeter shooting or character strength.

Over time though, some of the game’s balance issues creep up. Probably the most egregious is rebounding. My character is a centre who is arguably the tallest player in the league. I even spent a tonne of points improving his rebounding trait to maximum capacity and spend about eighty per cent of my time in the paint. On a good day I can get five or six rebounds. 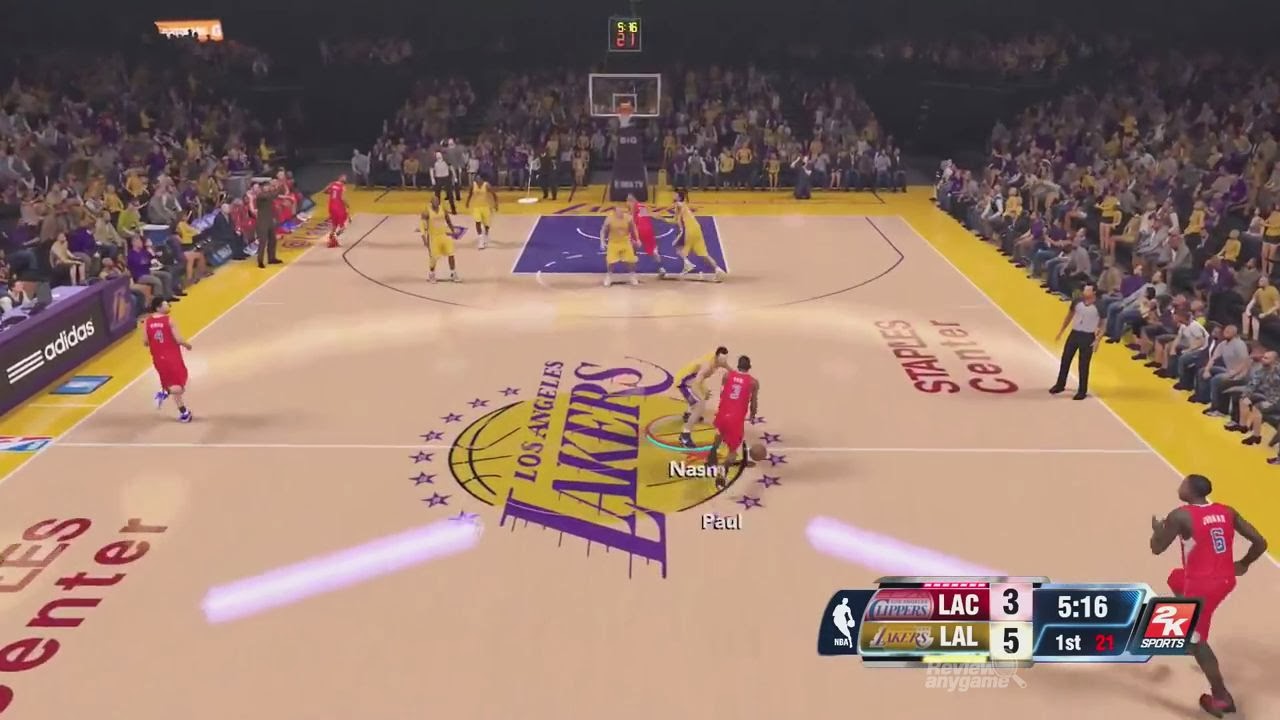 The point system for improving your character is also a bit odd at times. You are told to stop a player from making their next shot to get a bonus. However, if the player does not get a single shot off to ‘miss it’, you do not get the bonus. It seems to me that if I completely shut a guy down like that, I should still receive it. Another bonus tells you to score ten straight points – but your team might never give you the ball to do so. In fact, the coach might set a strategy that says to run the offence through my character, but my AI team mates have been known to blow me off for several minutes at a time anyway.

Having played through an entire season now and getting most of the rewards, I find it unlikely I will continue to play much more heavily. Too much of the game does get repetitive, though credit given to 2K Sports for giving you an option in year two to skip ‘normal’ games and just seek out key games which offer double the experience. Getting more mileage from the playtime is good, but it is starting to get pretty redundant.

This year the sports titles on the next-gen (well, current-gen now) made a far smoother transition than years past, but they have plenty of room to grow. Here is hoping that they do.

Games ARE art, and we’ve launched the Kickstarter to prove it.
Share this

Curiosity Studios pulls back the curtain on FOG: The Story of Jacques Matthews

Looks like Monster Monpiece is being localised after all