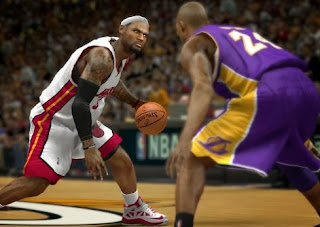 Without a doubt in my mind, NBA 2K14 is the best sports game I have played this year. Of course, everyone’s mileage with sports titles generally boils down to what they think of the sport in question, and while 2K has a great engine in place here, they did miss a handful of marks when advancing its series to the next generation consoles as well.

Basketball can be a very complex sport, and if you are unfamiliar with it, some of the rules and strategies at play can create a steep learning curve to newcomers of the sport. Some titles like NBA Jam take a ridiculous, arcade approach to things and in the process make themselves very accessible. NBA 2K14 does not do this. There are lots of little tips that come up during gameplay to help coach you into making informed decisions and improving the timing of your shot, but the focus here is more on strategy and simulating an NBA season than an arcade experience.

This can certainly serve to frustrate or disappoint newcomers who lack experience with the series. If you would like to see what our thoughts were on NBA 2K14 on the PlayStation 3 from earlier this year, go ahead and follow this link.

That is not to say that NBA 2K14 fails to bring the action, but rather that action is refined, with clogged passing, defenders capable of taking charges and shot precision that keeps you from simply launching at will. When a play works the way you want it to, NBA 2K14 really delivers. An alley-oop on the fast break, a precision pick and roll for a layup or nailing that game winning last second buzzer beater all lead to highlights and a solid sense of satisfaction (just you wait to see how technical I’m going to be with the cricket game reviews just to confuse you Americans 😛 – ed). 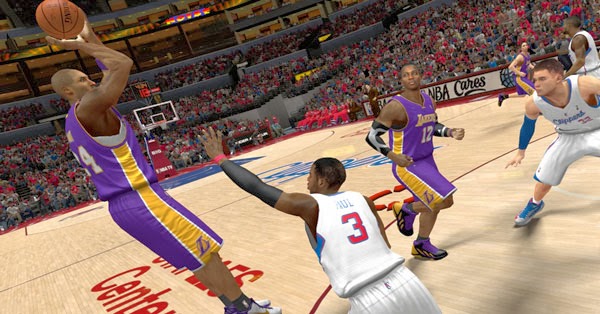 NBA players are very well recreated on the PlayStation 4 hardware, with outstanding reflective and lighting effects on the floor, recognisable facial models and movement of body and clothing that generally feels authentic. The new hardware’s processing power isn’t really put to the test visually, but it looks amazing nonetheless. The audio commentary is also among the best I have played in a sports title over the last few years. There is a great deal more dialogue recorded than what I heard in titles like Madden or FIFA, and while it is inevitable you will hear repeats with enough games played, it all looks and sounds enough like the real thing that my wife stopped a few times and said at a glance she thought it could be an actual game.

There are a handful of modes to be found here, and a couple of missed ones as well. On the PlayStation 3 and Xbox 360 there were two modes in particular that this PlayStation 4 version is lacking. The first is the Path to Greatness mode that saw players taking Lebron James down a couple of very different career paths, allowing you to decide how NBA 2K14’s cover athlete will complete his career over several seasons. This sounded like an interesting diversion, but not a mode I would likely have spent a great deal of time in.

By far the more notable of the omissions is the lack of an online association/ franchise mode. I have a fellow PlayStation 4 owning friend I have played NBA games with for years, so we were pretty excited to give this a go online only to discover… it is not there. With both of the new consoles making a hard push toward social features as part of their appeal, this feels like a large omission.

There are online modes, including quick play games and even a tournament you can enter with several friends. This works for a quick fix, but lacks the sense of progression I really look forward to in sports titles now. There is a MyCareer where you can create and customise a player through their entire NBA career. There is an option to take this player online to compete against others, and is probably the best online function found in this year’s iteration of the game. 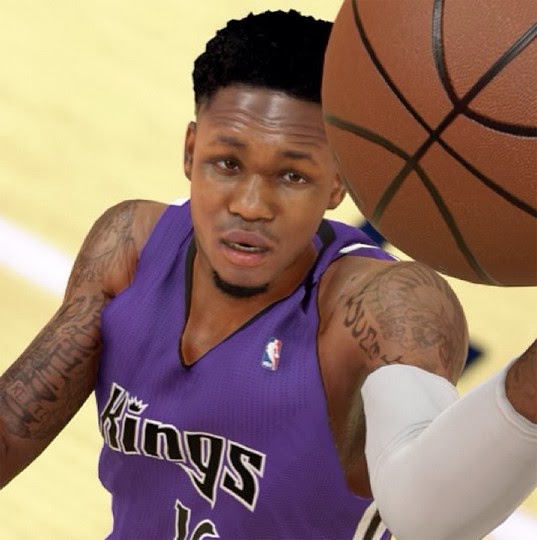 Thankfully the MyCareer mode is genuinely interesting and where I spent the majority of my single player time. You can make visual adjustments to your player, select a position and set his physical statistics before participating in the Rookie Showcase and inevitably getting drafted. You earn coins over time that can be used to buy unique animations, apparel and upgrade your statistics. You start your career anchored to the bench, but when an injury to the starter at your position occurs, opportunity knocks and you are thrust onto the court. From there you are asked to meet certain goals, interact with your coaches, team mates and GM on a regular basis as you try to improve your reputation in the league, relationship with your squad and create more opportunities for yourself.

This is a thoroughly addicting mode that quickly ate up about seven hours of my Sunday recently.

There is also the MyGM mode, which takes the old association/ franchise mode and puts a little bit more of a role-playing spin on things. Here you take on the role of manager between games, while controlling an entire team during the game. It gives you a little more incentive to follow through what could be an admittedly very long season (the NBA has 82 games in a season, and there was no option for shortening that tally like you see in most non-NFL games). I did enjoy this mode, but again felt like there was a huge missed opportunity in not providing it online.

Lastly, there is a mode called MyTeam. It works like a lot of the EA ‘Ultimate Team’ modes, where you open packs of cards to gain access to players. It is sort of like a cross between fantasy basketball and card collecting as putting together certain subsets of cards can earn you bonus ones. This mode is linked to Domination mode, which allows you to take your fantasy team up against actual teams. It is a nifty enough mode, but frankly lacks the depth or sense of progression to keep be coming back to it.

If you are an NBA fan, you will be happy to know that NBA 2K14 once again brought a highly polished, consistently enjoyable game to the table. If you are not, that does not mean you should blow this title off completely, but there is a learning curve (that thankfully different difficulty levels can help to mitigate) that could prove frustrating early on. Having suffered through a horrible transition for sports titles when the PlayStation 3 and Xbox 360 came out, it is nice to see this new crop of consoles getting off on the right foot.