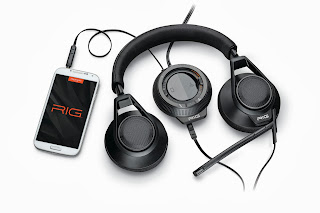 The idea that headsets need to have dedicated purposes (enterprise work, listening to music, gaming), has always struck me as a little strange. Why not just release the one product that has a feature set that can appeal to everyone? Is it really that difficult to make a headset that can be used on mobile devices when out and about, on consoles, on PCs and for more serious work?

Apparently so, because it’s taken until the Rig for me to find a product that actually works across all those functions. See, the Rig comes with a little hub thing that hooks up to consoles or their PC, and through that hub players have all kinds of options for the way they’d like to play.

When you were stuck into GTA and your boss called you because he was a gamer like you and knew full well what you were up to? You’ll wish you had the Rig because you could have seamlessly answered the phone without stopping the gameplay. A simple swivel of the dial on the hub and you’re on your phone while your game sound is muted. Prefer your own music to what’s on the TV? I know I am when I’m playing something like Dynasty Warriors. It’s possible to set your own music to play through the Rig instead of having the headset feeding you the in-game soundtrack. 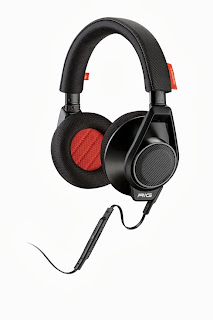 The former really doesn’t benefit me, as I’m not smart enough to multitask while I’m gaming (or rather I’m usually too focused on the game to listen to the conversation). But the later is a big deal to me. It’s all nicely seamless to switch between in-game soundtrack and my iPhone’s music, without putting down the controller or pausing the game. Both features mean minimum distraction and so will appeal greatly to serious gamers, I suspect.

Now this device is wired when hooked up to the Rig. The wires are nice and long, but a wireless option would have been very welcome. It’s in the works, I was told, so consider that if you’re the kind of person that only buys one headset every second year or so.

Unhooking the headset from the console allows you to plug it into your iPhone or iPad (or game console) and use it on the go. It’s a remarkably comfortable headset for long periods of use, and doesn’t look like a traditionally ‘geeky’ gamer’s headset, and so the Rig has replaced my headphones for when I’m out and about. The Rig doesn’t produce a very bassy sound at all, and I know that will disappoint people with certain tastes in music, but for me it was perfect. I’m not a massive fan of bass.

The quality of sound that it does produce is well over what you’d expect for a headset that is priced in the middle of the market, and in fact I suspect that is something of a mistake because Plantronics could easily price this at premium and it gain some recognition as such. It’s also a nicely robust headset and has survived a couple of accidental drops, and does a good job of blocking out everyone else’s noise, even though it’s not properly noise cancelling.

This is a new product category for Plantronics, but I can’t see it being anything but a success. The Rig is ace.