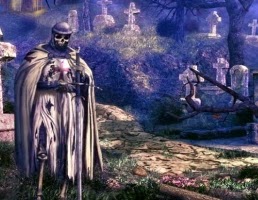 G5 Entertainment definitely knows its niche in developing games that have worked well for years as time-wasters on computers. Whether they are games for people that aren’t inclined to dedicate the time that an AAA game demands or that don’t really see the appeal of more adrenaline-filled games, they are entertaining because once you start playing, there is an innate need for you to finish the game, even if it is little more than a digital version of the I Spy games we played as kids. The point-and-click adventures and hidden object games are G5’s wheelhouse and the Treasure Seekers series has been successful enough that we have a new sequel in Treasure Seekers 3: Follow The Ghosts.

Tasked with releasing ghosts that are being held by an evil alchemist across five chapters with a load of hidden objects to find and a series of mini games to complete as you explore a range of static scenes and hunt for secrets within. Ultimately it is not a hard game but one that will quickly pass the time. It may not be memorable or take very long but the time that it has you, it’s like a page-turner; it’s impossible to ignore. It’s hard to pinpoint what makes the game and the idea behind it addictive but it probably has something to do with games and worksheets that teachers used to give out at school; I got a strong nostalgic rush while I was working though the various puzzles. 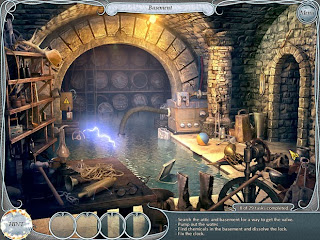 As far as presentation goes this is another title that doesn’t utilise all the power that is now available on mobile platforms. The narrative would have been more effective with cut scenes, especially considering there’s meant to be a horror vibe to the game, and instead at times it feels more like Casper the friendly ghost. For a game that wants you to spend $7.49 to move past the first level and takes up 260MB of space, it doesn’t feel like it’s quite worth that investment. But then if it means they keep going and making more games games it’s a feels more like a paletable price.

This game doesn’t seem to have anything offensive or disruptive and don’t really offer anything above and beyond that will make it go viral and set the charts on fire. It’s the problem with most of G5 Entertainment’s games. There is no sense of urgency that will make you want to go out and buy this game. You’ll download it, enjoy it, and then forget about it. This is fine in the short term but you’ve got to wonder whether G5 is doing itself a favour by not giving players something to really connect with.

It’s not memorable, it’s not original, it’s not hard and it doesn’t even look that good but there is something about Treasure Seekers 3: Follow The Ghosts that makes it very playable and fun for while it lasts. Over the years, there has been this principle that has been used in many fields – K.I.S.S (Keep It Simple, Stupid). G5 have hit the nail on the head with this one with an incredibly simple game that is a good way to waste some time while watching the TV or sitting on the train seat. As a game, it’s probably not enough to keep you fully engaged if you’re looking for a deep experience, but for the casual players Treasure Seekers 3 is a great way to take up half of your attention.

Developer diary; check out the newest goss on Dracula