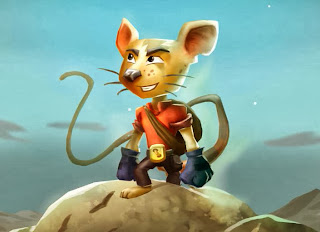 As much as the traditionalists would hate me for saying this, there are times where I would prefer to play a game using a nice, big touch screen. There are certain times where a human’s ability to directly interact with an object will provide superior precision when compared to working through an intermediary (i.e controller).

Ethan: Meteor Hunter is one such example. This little puzzle platformer focuses entirely on a little mouses’ telekinetic powers to manipulate various objects in the environment, and trying to do this with a controller is clunky and inefficient.

That’s not to say it isn’t an engaging game, because Ethan: Meteor Hunter throws up some great, challenging puzzles almost from the outset. The game is broken up into short levels that typically focus on a single core challenge. There’s a brief lead up, a challenging puzzle that involves moving blocks around to reach inaccessible areas, and then, after the a-ha moment, the next level. Complicating things further and providing fodder to make completionists tear their hair out is a strict time limit and a number of crystals that need picking up in order to get 100 per cent completion. 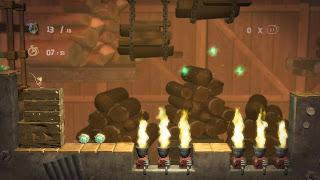 The character and level design is in itself a little too generic for its own good, but I can certainly see that younger people with enjoy its cartoon charm, even if the levels are a little difficult for them. There isn’t much of a narrative, and what there is is told through some quite ugly cut scenes. Nor is there much personality around the character animations. It’s all very clearly a budget production, though there’s more than enough content within the download to make it worth it’s inexpensive asking price once you get going.

So it is quite disappointing that for a game that often requires fine manipulation of objects and precise placements, the PS3’s controller gets the job done, but not as easily as I would have liked. When I’d be looking to move an object millimetres to the right or left a tap on the analogue stick would send the object a few millimetres too far. It sounds trivial, but if I was playing on a touch screen (whether that be iPad or PlayStation Vita/ 3DS) I simply wouldn’t have this problem. The object would go where my finger dropped it.

Considering the manipulation of objects is so core to the game, Ethan: Meteor Hunter’s greatest problem is that it’s not as seamless as other games out there. There’s nothing offensive about it, but in the absence of anything to make the game stand out, and in belonging to such a overcrowded genre, it’s hard to get too excited over this release.