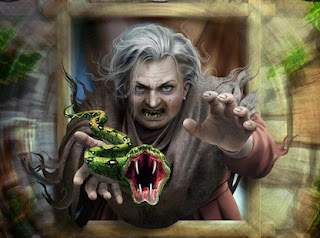 Silent Valley: Mystery Mansion HD is a video game. A point-and-click adventure game, to be precise. And that’s about all there is to say about it. It’s a video game that I installed on my iPad and played for a few minutes and didn’t dislike. Then I stopped playing it and forgot about it until I sat down to write this, at which point I decided I should play more so this review would be longer than a paragraph.

Let me start again. Silent Valley: Mystery Mansion HD is a video game in which you play as a newly married woman who receives an invitation to the eponymous mansion as a wedding gift. The opening “cutscene” (a series of still images supplanted by text) is perhaps the most enjoyable part of the game, as it offers Silent Valley’s best features—silly storytelling and unintentionally funny internal monologue—and isn’t bogged down by its bland point-and-click adventuring. After you and your husband arrive at the creepy cabin (despite the title, it’s really more of a cabin), the equally creepy landlady beckons your husband to enter first, without you. 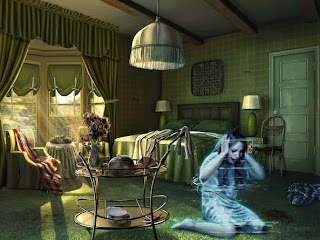 In one of many ridiculous plot contrivances, the bridge leading to the cabin is fragile so only one person can cross at a time, which allows for the sudden disappearance of both your husband and the landlady, and leaves you to spend your time wandering throughout the haunted house and surrounding area, muttering inanely to yourself. The game could have been far more interesting if you and your husband explored the mansion together, which would have put a much-needed spin on the cliche setup. At the very least, it would have made the protagonist seem less insane by allowing her to ramble incessantly to someone other than herself. But Silent Valley is the most paint-by-numbers adventure game imaginable, so expecting it to innovate within its genre is like expecting President Obama to start his own Geek Squad, once his second term ends.

The game is technically proficient, filled with nicely-illustrated visuals and well-executed mechanics. The level of polish and feature-completeness even extend to the menus; there’s an in-game strategy guide helpfully available should you ever get stuck. Silent Valley is to be commended for its lack of glitches and sheer competency in delivering a pretty, working product. 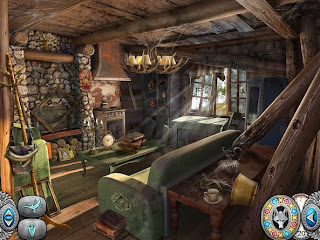 In fact, I would probably recommend it over the average iOS game. G5 Entertainment’s commitment to making a game with decent production values, that tells a story and has puzzles and mini games and items, without any of those aspects being flawed or a hassle to play is refreshing. Silent Valley is as casual as they come, but G5 knows casual gamers deserve a well put-together experience as well.

Silent Valley’s extremely modest ambitions, then, are the only thing holding it back from being a truly good game. The perfunctory nature of the story is punctured by brief moments of creativity and humour (“I’m starting to feel like the hero of a horror film!” and “I like Ukrainian food.” being particular highlights), but they aren’t nearly enough to make the game feel essential.