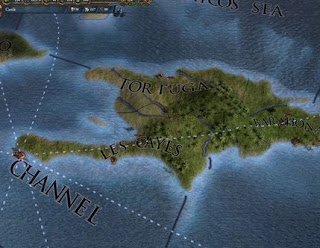 Europa Universalis IV is without a doubt one of the finest strategy games we’ve played in some time. It’s a game that essentially offers endless depth, which is why it’s so impressive that there’s even more to come via the first (comprehensive) expansion pack.

We’ve done two reviews of Europa Universalis IV at Digitally Downloaded. One (by me!) gave it a 5-star rating, while another (by Rob!) gave it… another 5-star rating. While it might only be for the most committed of strategy gamers, EU’s quality is undeniable, and so anything that adds to the package is going to be lapped up by many.

Anyone who gets into Paradox strategy games knows that the expansions are no small pieces of DLCs; these are whoppers of enhancements that fundamentally add more value to the game. The Conquest of Paradise expansion for Europa Universalis IV adds the ability to play as a Native American nation, which includes a wholly new skill tree (with unique national abilities), opening up a new range of strategic options.
It’s also possible to take command of a Colonial Nation, and declare colonial wars.

This expansion will be released just in time to drain away your Christmas holiday break; you’ll be able to grab it on December 11.